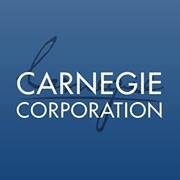 Vartan Gregorian has been the president of the Carnegie Corporation since 1997.  Under his leadership, the Carnegie Corporation has awarded substantial grants to such liberal groups as the Alliance for Justice, the now-defunct Association of Community Organizations for Reform Now (ACORN) and the Mexican American Legal Defense and Education Fund (MALDEF). It has also funded numerous prizes, including the Carnegie Medals for Philanthropy, the Andrew Carnegie Medals for Excellence in Fiction and Nonfiction, and the Andrew Carnegie Fellows, a program similar to the MacArthur Foundation’s fellowship programs but limited to college professors.

Andrew Carnegie (1835-1919) retired from business in 1901, when he and his partners sold Carnegie Steel to U.S. Steel. He created many organizations with limited aims, including the Carnegie Institution of Washington, which conducts scientific research, the Carnegie Hero Fund[1], which gives medals to people who save others’ lives, and the Carnegie Foundation for the Advancement of Teaching, which funds educational research.

By 1906, notes Carnegie biographer Joseph Frazier Wall, “Carnegie was sick of the game” of philanthropy, and by 1910 “he was desperately sick of it.” “The final task dispensation of wealth preparing for the final exit,” Carnegie wrote to a friend, is “a heavy task…all sad.. You have no idea the strain I have been under.”[2]

When the Carnegie Endowment for International Peace was created in 1910, Carnegie still had half of his fortune. Under the advice of Elihu Root, Secretary of State in the Theodore Roosevelt administration, Carnegie used $125 million to create the Carnegie Corporation of New York in 1911. He imposed only one restriction on the corporation: It would provide pensions for Presidents of the United States and their widows.[3]

Three years later, Carnegie tried to change his mind. He tried to take $10 million from the Carnegie Corporation budget for a new organization to serve Great Britain. When Root advised that the endowment could not be reversed, Carnegie used money he had saved for his retirement to start the British organization. [4]

Carnegie’s wishes were violated a second time during his lifetime when the Carnegie Corporation board voted to slow down and ultimately eliminate the program that funded libraries. Of the 1.419 libraries funded with Carnegie’s money, only six were approved after 1917, two years before Carnegie’s death, with the last opening in American Fork, Utah in 1919. Historian Theodore Jones notes that there is no evidence what Carnegie’s reaction was when the Carnegie Corporation board voted to terminate the library program.[5]

While the connections between philanthropy and eugenics encompass many groups besides the Carnegie Corporation, one of the most egregious examples lies squarely at the feet of former longtime board member Frederick H. Osborn. [6] Osborn, a staunch population-control enthusiast, authored Preface to Eugenics in 1940. He began the Population Council in 1952 alongside John D. Rockefeller III and wrote a chapter on population control in Rockefeller Foundation executive Warren Weaver’s volumes on American philanthropical action in 1967. [7]

Specifically related to Carnegie Corporation funds is the Wake Forest School of Medicine in North Carolina. In 2002, then-Governor Mike Easley issued an apology for the state’s history with eugenics and genetics testing. These state-integrated programs were funded by the Carnegie Corporation. [8]

While the above can be attributed only to the Carnegie Corporation of New York, the Carnegie Institute of Washington helped fund the eugenics movement. Charles Davenport and Harry Laughlin opened the Eugenics Record Office in 1910 with the backing of the Carnegie Institute and the Rockefellers. [9] There, they compiled records of the “feebleminded” from the slums of New York and the Pine Barrens of New Jersey. Laughlin testified before Congress about his work and was later awarded an honorary degree in the “science of racial cleansing” from the University of Heidelberg in Nazi Germany. [10] The Second World War and the Nazis’ fascination with eugenics ended public interest in the United States and western Europe and the Eugenics Record Office was closed in 1939. [11]

Carnegie Corporation in the 20th Century

After World War II, and the presidencies of John W. Gardner (1955-1965) and Alan Pifer (1965-1982), the foundation dramatically expanded. Under Pifer’s presidency, according to foundation observer Waldemar Nielsen, Carnegie became “the quintessential liberal, activist entrepreneurial foundation, more of a combat force than a traditional charity.”[13]

Carnegie’s most significant achievement of the 1960s was funding the Carnegie Commission on Educational Television in 1965. The Commission issued a report, Public Television: A Program for Action, which said “we contemplate assistance to Public Television on a far larger scale than at present.”[14] All of the commission’s recommendations, including changing the name of educational television to “public television,” creating one quasi-governmental organization to run the stations and oversee content (the Public Broadcasting Service) and a second one (the Corporation for Public Broadcasting) to fund the stations. The only proposal Congress rejected from the commission was a two-percent excise tax on the sale of television sets to pay for shows on public television.

In 1985, the Carnegie Corporation met with representatives of other nonprofits Carnegie created to celebrate the 150th anniversary of Andrew Carnegie’s birth.  At the event Carnegie Corporation president David Hamburg told the Chronicle of Higher Education that Andrew Carnegie, were he alive, would appreciate “a continuing commitment to three themes that shaped his philanthropy: peace, education, and social justice.”[16]

Vartan Gregorian became the Carnegie Corporation’s president in 1997, a position he continues to hold today. Prior to becoming Carnegie Corporation president, he was president of Brown University and also served as an adviser to Walter Annenberg in his Annenberg Challenge, a $500 million series of grants to public schools that many consider a major philanthropic mistake.[17]

The Carnegie Corporation under Gregorian has funded numerous liberal groups. Among others, it has funded the Alliance for Justice, the now-defunct Association of Community Organizations for Reform Now (ACORN), and the Mexican American Legal and Defense Fund (MALDEF).[18]

The Carnegie Corporation has also funded a wide variety of prizes in recent years.  These include:

The Carnegie Medals for Philanthropy, launched in 2001, awarded to eminent philanthropists. The most recent winners include H.F. “Gerry” Lenfest and Marguerite Lenfest of the Lenfest Foundation, Julian Robertson of the Robertson Foundation, and Jeff Skoll of the Skoll Foundation.[19]

The Andrew Carnegie Medals for Excellence in Fiction and Nonfiction, co-sponsored with the American Library Association. The winners in 2017 were Colson Whitehead for The Underground Railroad for best novel and Matthew Desmond for Evicted for best non-fiction book.[20]

The Andrew Carnegie Fellows, launched in 2015, which give 35 professors two-year, $200,000 grants. These grants are similar to the MacArthur Fellowships, but are limited to professors.[21]

Indiana University philanthropy professor Leslie Lenkowsky noted in Philanthropy that “in important ways, the Corporation’s work has departed from its founder’s vision. Although it remains riveted on curing social and political inequalities, it has come to regard them less as the unfortunate by-product of an otherwise successful and worthy economic system and more as symptoms of fundamental flaws that require substantial changes to the system itself.”[24]

One reason why Carnegie was far smaller than IBM, The Economist noted, “may be that 100 years is too old for a philanthropic foundation. The absence of an existential threat have made it too comfortable…It is not clear what, if anything, keeps the people in charge of the Carnegie Corporation awake at night. The passage of time saps a foundation of the unique energy of its founder.”

“No wonder,” the magazine concluded, “many of today’s philanthropists aim, as Carnegie did, to give away all of their money by the time they die, or at least put a time limit on the lifespan of their foundation after their death.”[25]

In late 2000, the Carnegie Corporation invited left-leaning groups to a meeting in order to discuss coordinated voter registration efforts with funding from major liberal donors. Because the IRS prohibits 501(c)(3) nonprofits from engaging in partisan voter drives, the targeted demographics were referred to as “historically disenfranchised” communities. According to liberal journalist Sasha Issenberg in his 2012 book The Victory Lab: The Secret Science of Winning Campaigns, “Major liberal donors got into the GOTV [get-out-the-vote] game: Project Vote organized urban areas, Rock the Vote targeted the young, the NAACP National Voter Fund focused on African-Americans.” [26]