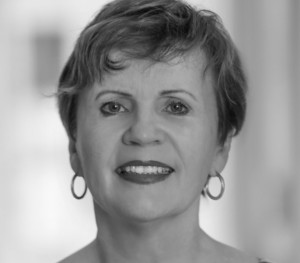 Geri Mannion is a philanthropy manager and liberal-expansionist immigration activist who has described support for immigration restrictions as “vitriolic nativism.” [1] She is the director of the “Strengthening U.S. Democracy” program, which works to increase voter participation among immigrants, at the Carnegie Corporation of New York, a left-of-center grantmaking organization. Mannion has also been involved with several left-of-center immigration advocacy groups, including Grantmakers Concerned with Immigrants and Refugees and the Four Freedoms Fund, a project of the left-of-center grant management group NEO Philanthropy. Mannion is also a committee chair at the Council on Foundations, a leadership organization for philanthropic organizations. [2]

Mannion heads the Carnegie Corporation’s “Democracy Program,” which supports increasing immigrants’ involvement in American politics, particularly in elections. The program claims to promote “voter participation of all citizens” and “bring together a left-to-right spectrum of viewpoints.” However, the program works to end deportation of illegal immigrants and increase immigration into the United States. [5]

The Four Freedoms Fund refers to immigrants as “New Americans” and promotes using immigration to advance other left-of-center policy objectives. The Fund supports programs that fight against enforcement of immigration laws and in support of granting legal status to illegal immigrants. The Fund also supports organizations that use immigration advocacy to advance left-of-center views on race, criminal justice, and LGBT issues. [9]

Mannion is a member of Grantmakers Concerned with Immigrants and Refugees (GCIR). [10] The network of philanthropic organizations directs resources towards left-of-center immigrant and refugee advocacy groups, including those that promote the interests of illegal immigrants. GCIR also ties left-of-center views on race into its immigration-expansion agenda. [11]

Geri Mannion received her bachelor of arts in English and her master of arts in political science from Fordham University in New York City. In 2009, Mannion received the Robert W. Scrivner Award for Creative Grantmaking for her role in launching the Four Freedoms Fund. In 2010, the NonProfit Times named her one of the top 50 leaders in the nonprofit sector. [12]