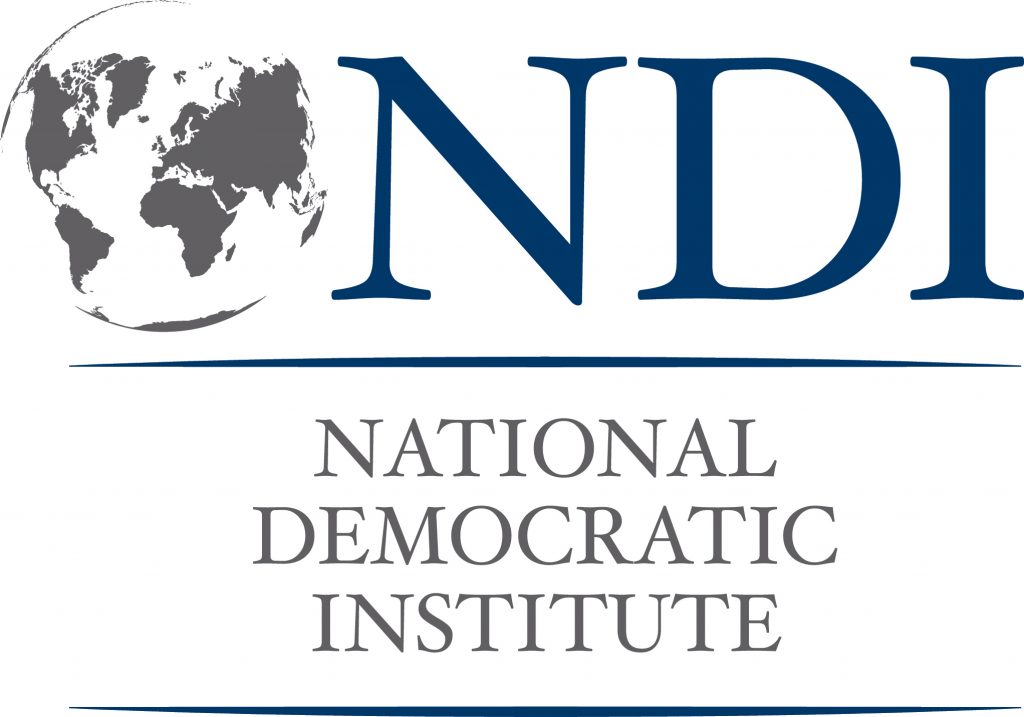 The NDI is formally nonpartisan but by its own description has a “loose affiliation” with the Democratic Party in the United States. It does not operate in the United States or involve itself in U.S. elections. [3] Its formally nonpartisan but Republican-associated counterpart under the auspices of the NED is the International Republican Institute. [4]

National Democratic Institute has worked to establish and strengthen democratic institutions and practices by building political and civic organizations, safeguarding elections, and promoting citizen participation, openness and accountability in government. [5]

The organization was founded in 1983 by former Vice President Walter Mondale and Paul G. Kirk, Jr., a former chairman of the Democratic National Committee in the 1980s who briefly served as a U.S. Senator from Massachusetts from 2009-2010. [6] [7]

NDI has staff and volunteers in more than 100 nations. Its partners get exposure to best practices in international democratic development that can be adapted to the needs of their own countries. NDI asserts there is no single democratic model but that certain core principles are shared by all democracies, as set forth in the Universal Declaration of Human Rights. NDI focuses on helping citizens engage in their country’s political process. [8]

National Democratic Institute promoted democratic reform in the Philippines and Chile in the 1980s; in Eastern Europe after the fall of the Berlin Wall; and across Africa, Asia, and Latin America in the 1990s after the Cold War was over. [10]

NDI began a program of “inclusion of traditionally marginalized populations” that focuses on women, youth, LGBT, and individuals with disabilities in the 2000s. [11]

The organization worked with activists in the Arab Spring in 2011, in the Ukrainian Revolution of Dignity in 2014, and other democracy movements in newly formed and fragile states. [12]

NDI has programs in the Sahel in Africa, a conflict zone, to focus on local security sector reform. [13]

National Democratic Institute has teamed with the International Republican Institute to support the House Democracy Partnership, a bipartisan commission of the U.S. House of Representatives that facilitates parliamentary exchanges in emerging democracies. [14]

NDI’s Design 4 Democracy Coalition facilitates collaboration among organizations dedicated to countering disinformation, improving cybersecurity and promoting democracy-friendly technology platforms. With an office in Silicon Valley, NDI developed partnerships with technology companies to incorporate democratic values into new software as a design principle and mitigate the harm their digital platforms can cause. [16]

NDI has several programs to help more women get engaged in politics around the country. These include the Win With Women campaign, Women Mayors’ Network, and “Ready-to-Run” campaign schools. The #NotTheCost initiative collects data on threats women face from violence. The think10 safety program helps women identify their personal and professional vulnerabilities, in collaboration with the United Nations Special Rapporteur on Violence Against Women and Girls. [18]

NDI supports citizen election monitoring more than 75 countries. It co-led the development of the Declaration of Principles for International Election Observation that was endorsed by more than 50 international organizations. It also helped found the Global Network for Domestic Election Monitors. [19]

NDI partnered with the Commission on Presidential Debates to help debate sponsoring organizations globally overcome the challenges they face when planning candidate debates. [20]

Derek Mitchell is the president of the National Democratic Institute. He served as U.S. ambassador to Myanmar during the Obama administration. [24]

Olya Catto is the chief operating officer of the National Democratic Institute. [25]

Nicole Rowsell is the acting vice president of the National Democratic Institute. [26]

Stephanie Rust is the chief programs officer of the National Democratic Institute. [27]

Sander Schultz is the chief financial officer of the National Democratic Institute. [28]

Former Sen. Tom Daschle (D-SD), a former Senate majority leader, is the chairman of the board of directors for the National Democratic Institute. [29]