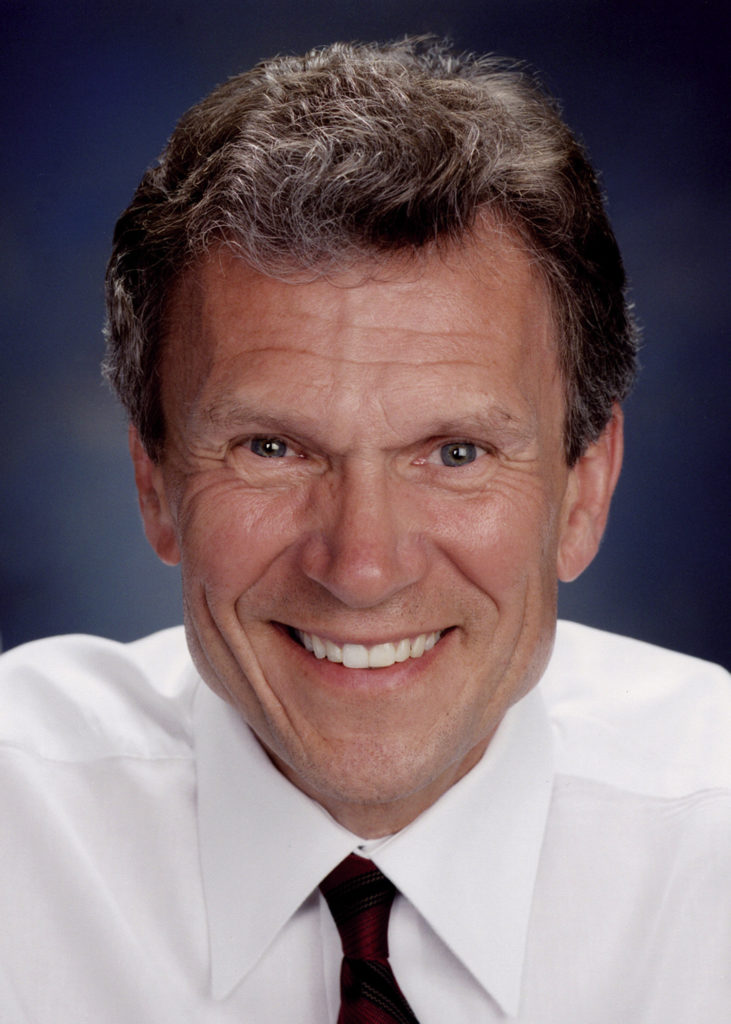 Tom Daschle is a Democratic Party politician who represented South Dakota as a U.S. Representative and a U.S. Senator, rising to become Senate Democratic Leader in both the majority and minority. [1] Daschle considered a run for President against George W. Bush[2] and was nominated by President Barack Obama to be U.S. Secretary of Health and Human Services (HHS). [3] He withdrew his nomination to HHS after questions emerged about his taxes. [4]

Left-of-center media outlets including the New York Times, Mother Jones, The Nation, the Daily Beast, and Rolling Stone have described Daschle with phrases including “blemished”[5] his “dubious record” and being “under his usual cloud of scandal,”[6] and a hypocrite. [7]

After leaving office, Daschle founded the public affairs firm The Daschle Group,[8] worked as a registered lobbyist,[9] and chaired the board of the Democratic Party establishment-aligned think tank Center for American Progress. He also chairs the Commission on Political Reform and the Health Project for the center-left Bipartisan Policy Center. [10]

Then-Senator Daschle considered running against President George W. Bush in the 2004 Presidential election. [14]  Daschle gave strong hints that he would run; his home state’s largest newspaper, the Sioux Falls Argus Leader, was so confident it published an article that he was running for the presidency. [15] Daschle chose not to run, deciding to seek re-election to the U.S. Senate. [16]

In 2004, Tom Daschle became the first Senate Majority Leader to lose re-election since Ernest McFarland (D-AZ) lost re-election in 1952. [17] Daschle faced criticism for representing the partisan interests of national Democrats rather than the particular interests of South Dakotans. [18]

Daschle, who identifies as a Catholic, also faced criticism from the Catholic diocese of Sioux Falls; then-Bishop Robert James Carlson condemned him for fundraising for the pro-abortion organization NARAL, demanding that Daschle cease identifying himself as Catholic in public statements. [19] Daschle’s reaction to the church’s stance was to stand up in the Senate chamber to criticize and denounce the Bishop Carlson for representing radical ideas. [20]

Republican candidate and ultimate victor John Thune campaigned against Daschle’s opposition to an energy bill that would have boosted ethanol production assisting South Dakota farmers and Daschle’s vigorous opposition to the conflict in Iraq. [21]  Thune’s campaign attempted to persuade voters that Daschle’s filibuster of the energy legislation prioritized the national Democratic Party’s opposition to President George W. Bush over the interests of South Dakota. [22]

President Barack Obama selected Tom Daschle to be the head of the U.S. Department of Health and Human Services in 2009. The appointment would give Daschle responsibility for overseeing the creation and congressional approval of Obamacare. Daschle was initially praised as the right person for the job due his healthcare and legislative expertise. However, within weeks it became public that Daschle owed the IRS more than $100,000 and had a sizeable income from healthcare companies leading to doubts about his impartiality in creating healthcare legislation. [23]

In an editorial, the New York Times recommended that Daschle should step aside for someone “less blemished.” [24] President Obama admitted that he “screwed-up” in nominating Daschle after Daschle withdrew from consideration. [25]

As Daschle was considering a Presidential campaign in 2004, there was widespread concern about whether the political activities of Daschle and his wife Linda Hall Daschle, a former Federal Aviation Administration (FAA) official in the Clinton administration and lobbyist on aviation issues, could survive public scrutiny. [26]

The Daschles faced criticism for changing the oversight of air-charter operators. Murl Bellew, an associate of the Daschles, operated a charter airline that had failed U.S. Forest Service safety inspections; then-Senator Daschle spearheaded legislation to end such Forest Service inspections, leaving safety regulation solely in the purview of the FAA for which Linda Hall Daschle worked. An investigation was opened when one of Bellew’s planes crashed, killing a pilot and three doctors on their way to an Indian reservation. While the investigation did not find inappropriate intervention, an FAA inspector claimed that “[FAA] officials destroyed documents to cover up [both] Daschles’ role in minimizing inspections of Bellew’s planes.” [27]

Daschle led the charge for a $15 billion airline bailout initiated the day after the terrorist attacks of September 11, 2001. [28] Linda Daschle lobbied for airlines at the time;[29] she was paid hundreds of thousands to lobby by American Airlines and Northwest Airlines. [30] Northwest Airlines was the second largest political contributor to Tom Daschle’s campaign. [31] The aviation bailout resulted in these two airlines receiving approximately S1 billion.

Linda Daschle denied any involvement in the lobbying for the legislation but she was witnessed advocating for the bill’s passage with congressional members. [32] After the bailout’s passage the General Accounting Office (GAO) concluded the airlines received five billion dollars in aid beyond their actual losses and the AFL-CIO union federation complained that there was no set-aside for airline employees. It was also uncovered after the fact that the legislation disallowed most lawsuits from the families of 9/11 victims. [33]

Tom Daschle faced accusations that he was leading a lavish lifestyle on a politician’s income. The New York Times used Daschle as an example of how quickly politicians can become wealthy through leveraging their influence. [34]

Daschle’s purchase of a multi-million dollar home in Washington, D.C. came to light through campaign attack ads that in part cast Daschle as being out of touch with the people of South Dakota. Daschle’s reputation was further tarnished when it was learned that he sought and was allowed to lower his property taxes by claiming the residency deduction[35] in Washington, D.C. while still a resident of South Dakota. [36]

Since leaving public office, Daschle has remained close to national Democrats. He was highly involved in the creation of Obamacare and has been referred to as the “architect” of Obamacare given his intense involvement with the Obama administration and health care companies like Aetna and United Healthcare while working for lobbyist company Alston & Bird. [37] He is a registered lobbyist, now running The Daschle Group, a part of the law firm Baker Donelson, where his wife Linda Daschle once represented the aviation industry. [38]