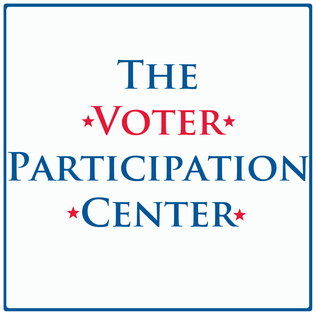 The Voter Participation Center was founded in 2003 as “Women’s Voices Women Vote,”[1] which in 2011 changed its name and expanded its mission to become the Voter Participation Center.[2] The group initially focused on registering the strongly Democratic-leaning voting bloc of single women to vote; today, the group organizes registration of numerous Democratic-leaning voting populations.

Since 2004, the Voter Participation Center claims to have “signed up 2.7 million voters.”[6] However, the group’s efforts have been criticized for being imprecise,[7]  misleading,[8] ineffective,[9] and potentially illegal.[10] Moreover, the group’s ties to the Clinton family and the liberal agitation group MoveOn.org have drawn questions about the group’s purported non-partisanship.[11]

In 2011, Women’s Voices Women Vote officially “renamed itself the Voter Participation Center to reflect a portfolio formally broadened after 2008 to cover the so-called “Rising American Electorate”—a set of liberal voting blocs including single women, young people, and newly naturalized citizens that some progressives believe will create the “Emerging Democratic Majority.”[15] In conjunction with the name change, Voter Participation Center enlarged its voter registration focus beyond just women to “unmarried women, minorities and millennials.”[16]

Voter Participation Center, formerly known as Women’s Voices Women Vote, has a repetitive protocol for registering voters that follows a number of steps.

It should be noted that “many of the Voter Participation Center mailings have gone astray, reaching already registered voters, the deceased, family pets, convicted felons, children, and non-U.S. citizens.”[25]

During campaign years the Voter Participation Center issues quarterly mailings, with each mailing having a “randomized experimental” mailings that test various ways of packaging a registration form, adjusting everything from cover letter language to envelope typography.”[27]

These direct mail programs say a number of things such as, “you’re not registered to vote. Your mailing address is incorrect. Or something needs to be updated on your voter registration, fill out the attached form and mail it.”[28]

In the months leading up to 2020 election, CVI and its 501(c)(3), the Voter Participation Center (VPC), were widely criticized for mailing out partially pre-filled absentee ballots and voter registration forms in multiple states.

Fairfax County, Virginia, published a warning “about an inaccurate and potentially misleading mailing from the Center for Voter Information” in August 2020, noting that the group had mixed up the City of Fairfax with neighboring Fairfax County: [29]

This group is mass mailing pre-filled, absentee ballot applications to county voters without their request—and the mailer includes return envelopes to send the application to the City of Fairfax, not Fairfax County.

“This mailing is causing great confusion and concern among voters who have been contacting our office,” said Fairfax County General Registrar Gary Scott. “While the mailing may appear to be from an official government agency, the Fairfax County Office of Elections did not send it.”

The mailing is also confusing voters who have previously submitted absentee ballot applications themselves, Scott added. These voters are worried that their applications were not received, leading them to think they need to apply again [emphasis original].

The Virginia Democratic Party wrote a public letter to the chairman of the Virginia State Board of Elections complaining that CVI’s absentee ballot mailers in Virginia “contain several errors,” confusing “Fairfax City and Fairfax County, Franklin City and Franklin County, Richmond City and Richmond County, and Roanoke City and Roanoke County.” According to the letter, CVI’s mailers also “contained incorrect middle initials or names for an unknown number of voters,” including that of the chair of the Democratic Party of Virginia’s Voter Protection Council. [30]

The Washington Post called CVI a “voter registration group with a history of sending error-ridden mailers” and criticized the group for having “again sown confusion in Virginia, this time tapping into concerns about mail-in-ballots sparked by President Trump’s repeated allegations . . . of election fraud.” The Post noted that while CVI and VPC are officially “nonpartisan,” “both organizations appear to be more aligned with efforts to defeat the president than with his allies.” [31]

Archived examples of VPC/CVI absentee ballot mailings have been identified by the Capital Research Center in the following states:

In North Carolina, local reporters wrote about the deceptive nature of Voter Participation Center’s mailers: “It is important to know while the form looks official and claims it needs your attention right away, it is not from any government agency.”[32]

In Florida, Chris Cate, a spokesman for the secretary of state’s office, wrote in an email to the Tampa Bay Times that the state was “evaluating whether there is way to prevent Voter Participation Center from sending such confusing letters, which are frequently going to ineligible voters and making many Floridians think the letters came from our department.”[33] The Florida secretary of state’s office said it “contacted the organization” and “expressed [its] very serious concern that [VPC was] misleading voters, offered to provide them the complaints sent to the department about their mailings, and asked that they make a concerted effort to improve their lists so that only eligible voters who aren’t registered are being contacted.”[34]

A comparable situation has occurred in New Mexico, where Ken Ortiz, the chief of staff at the New Mexico secretary of state’s office, said, “Some noncitizens have contacted the state asking why they received the forms when they’d previously been told that they could not vote.”[35] Ortiz continued, stating that “We fear that some of these individuals who receive this mailing may feel that they are being encouraged to vote by our office or county government.”[36]

In 2016, Assistant Attorney General Anna Birkenheier, counsel to the Virginia Department of Elections, wrote to the Voter Participation Center expressing concern “that the mailing had caused “significant voter confusion and concern.”[37] Bikenheier wrote, “some of the letters are going to people who are, indeed, registered at their current addresses, and the letters are creating confusion. Some were sent to the deceased. Some went to commercial addresses in Virginia.”[38] Birkenheier encouraged VPC to “check their mailing lists.” [39]

In 2012, Kathryn Biber, the general counsel for the Presidential campaign of former Massachusetts Gov. Mitt Romney (R), contended “that the center’s mass mailing may have violated [Virginia] laws, including those that prohibit falsifying a registration application and communicating false information to voters about their registration status.” In her letter, Biber highlighted that the Center’s materials affirmatively tell mailing recipients that ‘records show that you are eligible to vote in the 2012 presidential election.’” However, in 2009, a Virginia felon who was prosecuted for illegally registering to vote registered after receiving a registration form from the Voter Participation Center.[41]

Biber also argued that “the center violated the law by ‘pre-populating’ the registration forms, meaning it filled in the names on applications.” Biber argued that “only voters, not a third party registering them, may fill out the application.”[42]

Many of the registrations submitted to states by Voter Participation Center or potential voters have been found to be invalid. Louisiana Secretary of State Tom Schedler (R) noted that “the mailings in his state have been rife with problems,” and that “only about 10 percent of those his office has received have actually been valid registrations.” According to Schedler, “It’s just ridiculous, and I think needs to be exposed for what it is.” Schedler added, “I don’t know why they (Voter Participation Center) would try to, in my opinion, disrupt the process and cause undue work on states.”[43]

Similarly it was reported that in Colorado, “More than 17,000 Coloradans who are receiving voter registration applications from the Voter Participation Center may be signing insufficient forms.” According to Colorado’s Secretary of State’s office, “the forms failed to include a signature field and affidavit required under state law and other deficiencies.”[44]

As an example of this coordination Bowes pointed out that in 2012, Voter Participation Center “sold a mailing list to its sister organization,” which in turn “provided the list to MoveOn.Org Civic Action,” to place “calls to eligible voters to urge them to register to vote in their local communities.” Bowes also noted that in mid-June of 2012, “around the same time the Voter Participation Center began its latest round of mailings, MoveOn.org solicited volunteers within its ranks to make calls on behalf of the center’s registration drive.”[50]

Voter Participation Center’s chief operating officer defended the group’s intricate political operation. Voter Participation Center is “a 501(c)3 tax-exempt nonprofit organization that is barred from engaging in political activities”; however, “The Women’s Voices Women Vote Action Fund operates as a 501(c)4 nonprofit, which can undertake unlimited lobbying and some activity the IRS would deem political.”[51]

In 2006, it was revealed that Voter Participation Center spent nearly 16% of the nonprofit’s total budget on phone services provided by Voter Participation Center’s founder Page Gardner’s husband. The president of the American Institute of Philanthropy (now known as CharityWatch) responded to the reports by saying, “I think it’s a really big concern…It does give an appearance of a conflict of interest.”[58]

Katie Whelan is acting executive director and previously “served as the Executive Director of the Democratic Governors’ Association (DGA).”  [62]

Gail Kitch is chief operating officer and executive vice president of communication and finance. Kitch previously “served as Executive Director of By the People, an initiative founded by MacNeil/Lehrer Productions that uses public television to encourage and support informed non-contentious citizen dialogue.” [63]

Voter Participation Center’s board of directors is comprised of liberal and Democratic Party activists, including