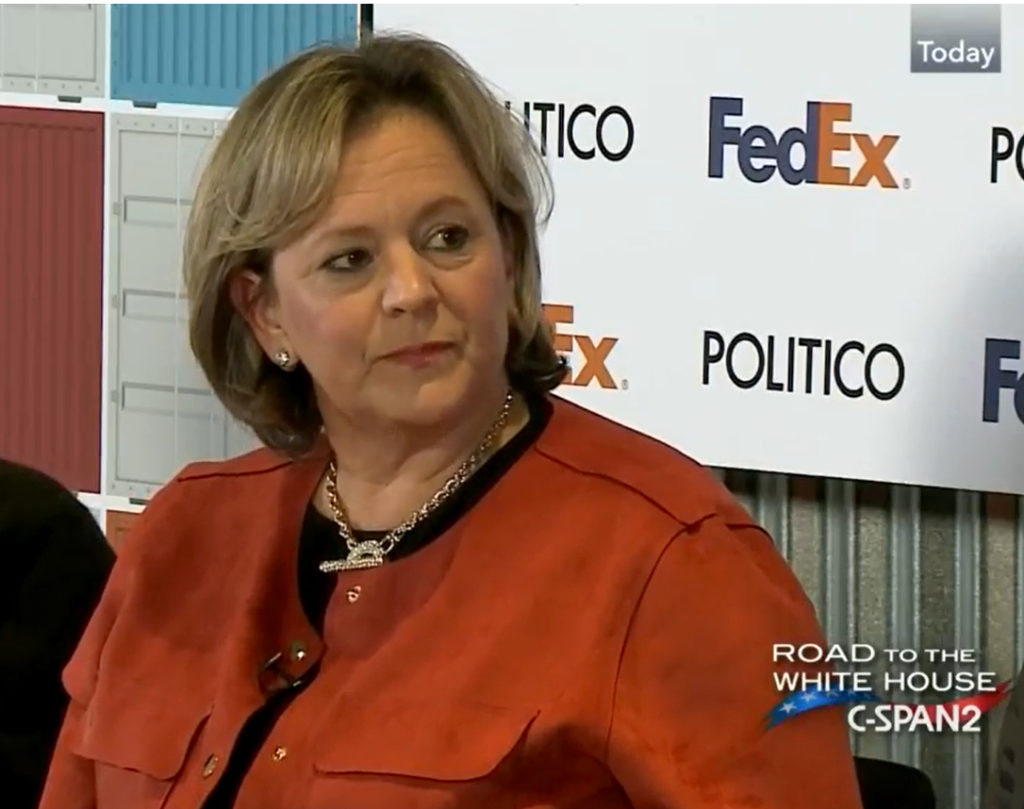 Alper was one of handful of strategists who were tapped by Democratic leaders in 2000 to oversee Florida’s recount of the 2000 presidential election results in that state. [5]

In 2015, Alper and her husband David Katz hosted a fundraiser for Hillary Clinton at their Grosse Pointe, Michigan home where the highest-priced tickets were $50,000 and included a special reception with Hillary Clinton. [6] In 2016, Alper was a member of the Democratic National Committee and was a superdelegate endorsing Hillary Clinton. [7]

The nonprofit Center for Michigan publication Bridge Michigan linked Alper to a 2020 voter turnout campaign—described by a Democrat as “creepy”—in which mailings warned citizens they would be contacted about whether they voted. [8]

In 2020, Alper’s firm Alper Strategies and Media received more than $2 million in funding that was traced to a grantmaking initiative funded by Facebook founder Mark Zuckerberg for an ostensibly non-partisan voter education campaign. [9]

Alper graduated from Boston College in 1987. [10] Alper is married to David Katz, who was chief of staff in Wayne County, Michigan, [11] and the former campaign manager for Michigan Governor Jennifer Granholm (D). [12]

At the age of 23, Alper was a field representative in Florida in 1988 for Democratic presidential candidate Michael Dukakis. [13]

She was a partner at Dewey Square Group in Boston from 2001 to 2017 and was described by the Boston Globe as a top “lieutenant” [14] at the political consulting firm, which also worked with businesses and trade associations. [15] The Dewey Square Group includes high-level Democratic Party strategists, according to the Tampa Tribune. [16]

With John Truscott, a former aide to Michigan Governor John Engler (R), Alper co-authored a political column by the Detroit Free Press in 2010 to 2012. [19] She has been quoted by national newspapers such as the Los Angeles Times, [20] the New York Times, [21] and the Washington Post. [22]

From 2016 to 2020, Alper was involved in a series of controversies involving herself or her public relations firm:

In 2019, Washingtonian reported Alper gave an interview to former MSNBC political analyst Mark Halperin for his book on President Donald Trump. [23] Halperin was fired from his MSNBC political analyst position in 2017 after 14 women accused him of unwanted sexual advances, according to Mother Jones. [24] The book was described by Washingtonian as a way for Halperin to salvage his reputation amid the sexual harassment controversy. [25] Alper said in 2019 she regretted talking to Halperin as a source for his 2019 book How To Beat Trump and their discussion focused only on how the Democrats could beat Trump. [26]

In 2020, Bridge Michigan linked Alper to a “mail shaming” voter turnout campaign. [27] The Voter Participation Center and the Center for Voter Information participated in “social pressure” mailings that stated that voting is a matter of public record and stated after the election “local organizations may follow up with you on your voting record.” [28]

Ingham County Clerk Barb Byrum, a Democrat, called the practice “creepy” and said the campaign was trying to shame voters. [29] Bridge Michigan reported that Alper was on the board of the Voter Participation Center. [30]

The Chan Zuckerberg Initiative, the grantmaking brand of Facebook founder Mark Zuckerberg and wife Priscilla Chan, gave a $69.5 million grant to the Center for Election Innovation and Research to provide “non-partisan voter information” as well as to promote safe and reliable voting, according to its website. [31]

The Michigan Center for Election Law and Administration then received grant money from the Center for Election Innovation and Research, according to Michigan Radio. [32] It then gave Alper Strategies $2,088,000 in 2020, [33]purportedly for non-partisan voting education efforts. [34]

Ned Staebler, who is treasurer of the Michigan Center for Election Law and Administration, ran as a Democrat for the Michigan House of Representatives in 2010 and was defeated in the primary. [35]

During the 2016 presidential campaign, Alper both worked as a strategist for former Secretary of State Hillary Clinton (D) — who had praised the Affordable Care Act [36] — while also working as a partner with Dewey Square Group, which was working for business interests trying to undermine Obamacare, according to left-wing website The Intercept. [37]

Alper was a strategist for the Protect Our Jobs Amendment in Michigan. [38] The 2012 ballot proposal would have prevented future state legislatures from changing laws related to unionization and guaranteed a number of union privileges in the state constitution. [39] The ballot proposal was rejected by 57 to 42 percent in 2012. [40]