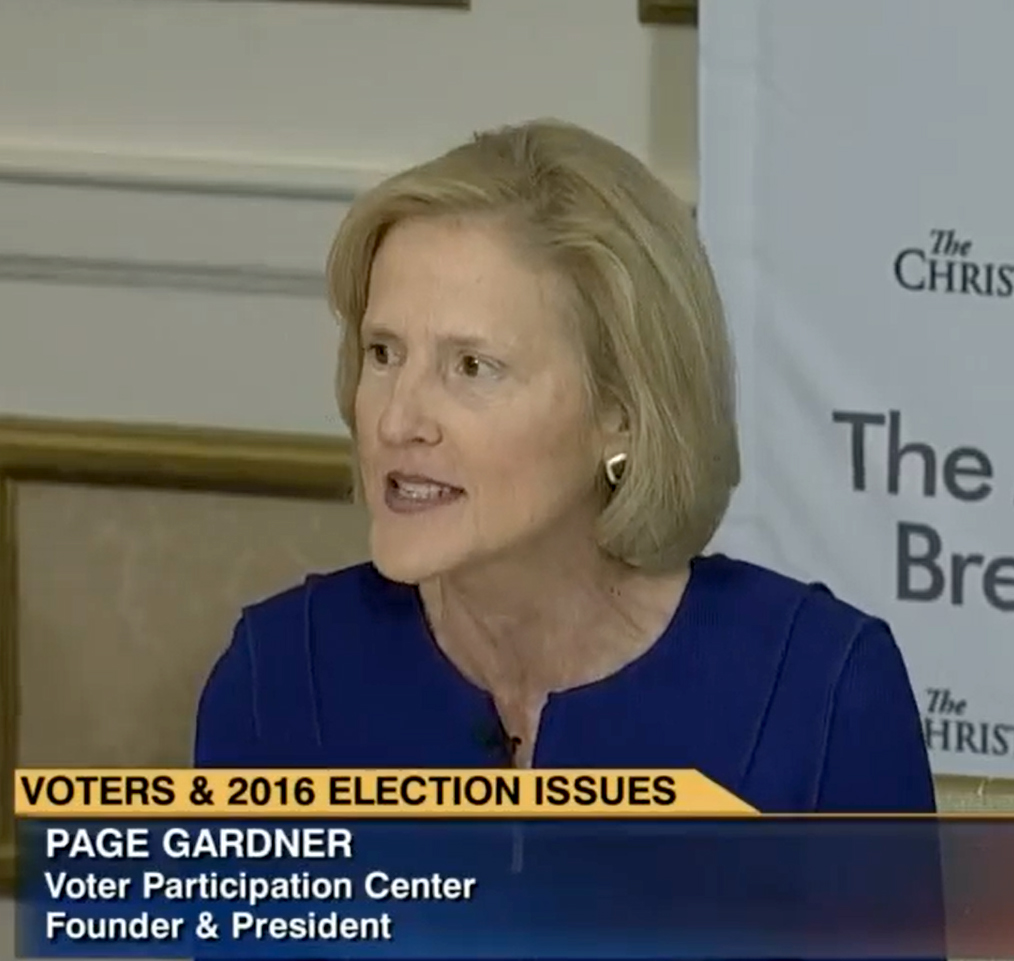 Gardner worked for Bill Clinton’s 1992 presidential campaign and maintained professional ties to the Clintons. She attempted to register voters to help Hillary Clinton’s campaign in 2008; she faced criticism after Women’s Voices: Women Vote registration mailers in North Carolina went out after the primary election registration deadline, confusing some voters. [1]

Gardner’s tactics to try and register people to vote have drawn criticism from elections officials all over the country. She has been accused of using misleading mailers among other things.

Before founding Women’s Voices, Women Vote and the Voter Participation Center, Gardner worked on numerous Democratic and left-wing issue campaigns. In 1992, she worked for the presidential campaign of Bill Clinton. [2]

In the 2008 Democratic presidential primary, Gardner commissioned robocalls encouraging people to register to vote in North Carolina. The April 2008 robocall targeted African-American voters and told them that a voter registration packet was on the way and encouraged them to fill out the packet in order to vote. The problem was the robocalls were sent out after the voter registration deadline had passed;  the calls confused many people as to whether or not they were actually registered to vote for the Democratic primary. [4]

Some people believed that the robocalls were an attempt to suppress voters inclined to support Barack Obama in order to help Hillary Clinton. Others pointed out the ties Gardner and her organization had with Hillary Clinton’s camp. President Bill Clinton’s former chief of staff John Podesta was a board member of Gardner’s organization. Hillary Clinton’s campaign manager Maggie Williams also served on the leadership team and she did consulting work for Gardner. [5]

The left-wing Institute for Southern Studies investigated the group and found similar complaints in 10 states. It even found that the robocall ran word for word in Ohio. It found that there were complaints in every state the robocalls ran and they overwhelmed state election officials. Each time, Gardner’s organization would apologize. Although the Institute for Southern Studies didn’t find anything illegal about the robocalls, the North Carolina attorney general believed they may have violated rules. [6]

In 2016, the Voter Participation Center sent out letters in Colorado that said “Government Document enclosed” on the front. It also said that recipients were either 18 or about to turn 18 although most recipients were already registered to vote. Gardner defended the letters by saying that states do not keep lists of people who were not registered to vote and they had to create the list by other means. [7]