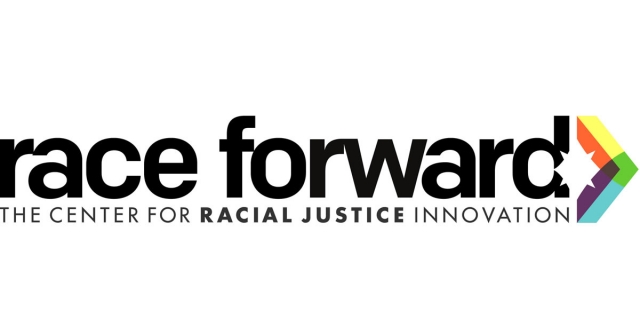 Race Forward, originally known as the Applied Research Center, was founded in 1981 by Gary Delgado, a liberal activist who advocates primarily on race-relations issues. Delgado headed the organization until 2006, when Rinku Sen took over. Sen led the organization into a merger with Center for Social Inclusion, an identity-politics organization that advocated on issues such as economic inequality and other race-related policy issues. [1]

The Facing Race National Conference is an annual conference hosted by Race Forward made up of workshops, panels, and other activities all designed to push the organization’s left-progressive approach to identity politics and race-relations advocacy issues. In the past, the conference has pushed radical-left claims such as pushing anti-market and pro-socialism rhetoric through panel discussions, claiming that K-12 schools are pushing white supremacy, and claiming that the Trump administration is pushing white-nationalist policies through the White House. [2]

Facing Race National Conference has been sponsored and funded by a number of left-of-center and liberal organizations. Notably, it is sponsored or attended by PolicyLink[3], a radical-left organization that pushes race-based policy; the Ben and Jerry’s Foundation,[4] the left-of-center grantmaking organization associated with the Ben and Jerry’s ice cream company; and the Center for Media Justice, a left-of-center media organization pushing a number of liberal policy issues. [5] The conference also received a $25,000 grant in 2016 from the Bill and Melinda Gates Foundation, the second largest grantmaking entity in the world[6].

Colorlines is an online publication and physical magazine funded by Race Forward. The publication focuses on racial identity issues and other left-of-center and liberal issues. Stories published on Colorlines push a wide variety of issues such as expanded access to abortion, expansionist immigration policies, labor organizing, tax incentives for people of color, and LGBT issues. [7]

The Colorlines website has featured left-of-center and liberal organizations pushing different issues. For example, the website pushed environmental issues featuring the Climate Justice Alliance, a left-of-center coalition organization pushing radical leftist environmentalist agendas such the Green New Deal. [8] Colorlines’ stories have also been featured on the website of Color of Change, an online organizing organization that attacks conservative organizations and seeks to silence conservative media. [9] The website was also listed by Greenpeace as part of a toolkit the organization published in the wake of George Floyd’s death at the hands of the Minneapolis Police Department in 2020, in an effort to push the radical-left agenda of the Black Lives Matter movement and related entities. [10]

Government Alliance on Race and Equity is a fiscally sponsored project of Race Forward that serves as a coalition of local governments engaging in vocal support for race-first and identity policies. The project is also funded by the Othering and Belonging Institute (formerly the Haas Institute for a Fair and Inclusive Society), a left-of-center think tank housed at the University of California at Berkeley that produces studies pushing race-first policies.

The advisory board for the project is made up of activists and officials from left-of-center and liberal organizations, labor unions, and American universities. Notably, members of the board work for the Service Employees International Union, one of the largest labor unions in the United States; PolicyLink, a radical-left organization pushing racial-identity-politics; and Center for Community Change, a left-of-center organization advocating for an array of issues. [11]

Gary Delgado is the founder of and a senior fellow for Race Forward. He worked as the executive director for the organization until 2006, when Rinku Sen took over. Delgado has worked in a number of capacities for racial-advocacy and other liberal and left-of-center issues. He has worked as a researcher and has written articles for prominent left-of-center organizations such as the Ford Foundation and the Annie E. Casey Foundation. He also worked as an organizer for the National Welfare Rights Organization, an organization active in the 1960s and 1970s that called for a guaranteed basic income for all Americans. [12]

Glenn Harris is the president of Race Forward and the publisher for its Colorlines publication. Harris previously worked as the manager for City of Seattle Race and Social Justice Initiative, an organization which claims to fight a supposed systemic racism in the city of Seattle. He also serves on a number of boards of directors for identity-politics organizations. [13]

Rinku Sen is the senior strategist for Race Forward and previously served as its president and publisher for its Colorlines news outlet. Sen has worked in a number of capacities advocating for identity-based issues and feminist issues. Ren headed the “Drop the I-Word Campaign,” which campaigned for major news outlets to stop using the word “illegal” when referring to people who enter the United States unlawfully. [14]

Terry Keleher is the director of strategic innovations for Race Forward. He has a long history of working in advisory roles and as a “racial healing practitioner” for left-of-center organizations focused on identity-based issues. Keleher has worked for the ACLU, Chicago Community Trust, and the W.K. Kellogg Foundation. He has also published a number of articles covering racial and economic issues in left-wing and far-left publications such as Yes! Magazine, and the Huffington Post. [15]