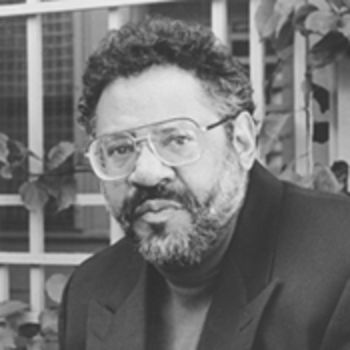 Gary Delgado is a liberal community organizer who founded or played an influential role in the in numerous community organizing groups who now works as a liberal documentary filmmaker.[1] Most notably, Delgado and fellow left-wing organizer Wade Rathke co-founded Arkansas (later Association of) Community Organizations for Reform Now, better known as ACORN.[2] Delgado claims to have worked in various capacities for ACORN for 14 years. [3] In 1980 he helped the group to spearhead its People’s Platform,[4] which sought to use the 1980 presidential campaign to push for left-leaning issue items and to build ACORN’s national prominence. [5]

During the 1980s Delgado founded and ran both the Center for Third World Organizing (CTWO)[6] and the Applied Research Center (ARC; now called Race Forward).[7] He was also responsible for the creation of those organizations’ offshoot publication, Colorlines.[8]

Delgado remained executive director of ARC through 2006 and during his tenure he authored numerous books and articles in support of left-leaning policies.[9] Delgado’s articles and speeches have focused on a wide-array of liberal issues, including opposition to President Bill Clinton’s welfare reform law, tax cuts, conservative immigration policies, and stricter sentencing laws. He has championed left-of-center policies such as minimum wage increases and environmentalist renewable energy mandates. [10]

Gary Delgado comes from a family of activists including a mother who fought for government subsidized healthcare, and a grandmother who supported the black nationalist ideology of Jamaican anti-colonialist activist Marcus Garvey.[11]

Delgado received a bachelor’s degree from SUNY Old Westbury in 1972, a masters degree in Urban Affairs from CUNY Queens College in 1975, and a Ph.D. in Sociology from U.C. Berkeley in 1983.[12]

In his sophomore year of college, Delgado began working for the National Welfare Rights Organization (NWRO)[13] in Washington D.C.[14] Delgado describes the NWRO as “a militant organization” [15] for which he ran campaigns that pushed for state governments to provide welfare assistance for furniture purchases.[16]

In 1970 NWRO sent Delgado to Arkansas to work with Wade Rathke in creating the Arkansas Community Organizations for Reform Now (the organization later changed “Arkansas” to “Association of”), better known as ACORN. Delgado worked for ACORN in Arkansas for a year[17] from 1970-1971[18] before returning to the NWRO as the group’s head community organizer in New York. [19]

Delgado worked for Acorn again in 1979-1980[20] and claims to have worked unofficially with the group for over 14 years in various roles as an organizer, trainer, and recruiter.[21]

After a series of undercover videos produced by right-wing activists targeting ACORN were published, Delgado touted ACORN’s record, claiming that the organization had “changed the way we think about wages,” touting ACORN’s closeness to President Barack Obama and his administration, and lauding the fact that the organization “clawed back fifteen billion dollars in housing benefits, earned income taxes, living wages, and cutback restorations between 1995 and 2005.” [26]

Delgado and Hulbert “envisioned” the CTWO would focus left-of-center raced-based issues and would use “analysis and action to achieve significant social change.”[29] Delgado and Hulbert specifically chose to use “Third World” in the organization’s name to equate America’s poor to those living in impoverished foreign countries.[30]

Throughout the 1980s CTWO hosted a variety of training programs focused on “organizing people of color” in pursuit of government-funded benefits in cities across the country. In 1989, CTWO created the Campaign for Accessible Health Care, which fought for government-run health initiatives in California. CTWO also launched a project known as PUEBLO, which throughout the 1990s ran a police accountability campaign and pushed for $90 million dollars worth of government-funded services.[31]

In 1990 Delgado turned over the leadership of CTWO to Rinku Sen.[33]

Throughout the 1980’s ARC published research papers and other “tools” that helped organizers push for various left-of-center community policies. [38] According to Sen, ARC scrutinized social change through a racial lens, framed social policies it supported with a “racial justice” narrative, and “ran al kinds of programs.” [39]

In the 1980s ARC’s publications supported campaigns for non-citizen voting rights in local elections and opposed development projects. [40] In the 1990s, ARC published Delgado’s Book Beyond the Politics of Place,[41] which was commissioned by the Ford Foundation.[42] This book called for community organizing focused on “the identity concerns of the marginalized: people of color, gays and lesbians, and women.”[43]

In 1994, ARC developed educational resources for the CTWO’s national organizing campaign that among other things sought to create new community policing proposals to replace the contemporary “anti-crime measures.”[44] ARC incubated a number of other community organizing groups, including Californians for Justice, We Interrupt This Message, and People Organized to Win Employment Rights (POWER). [45]

In 2006, while giving the closing remarks at the Race and Public Policy Program’s annual conference, Delgado argued that conservative policies including border controls, school discipline policies, and strict criminal sentencing laws were examples of what he termed “racially coded” neutral laws which promoted “racial subjugation and domination.”[47] Delgado also condemned a number of other conservative policies including tax cuts, national security spending, and a variety of state legislative spending reforms including privatizations.[48]

Delgado called for proactively imposing racial considerations into policy and for liberals to seek aggressive legislation based on left-wing liberal policy desires rather than pragmatic political considerations. [49]

Delgado has written at least two books. In 1986, he wrote Organizing the Movement: The Roots and Growth of ACORN,[54] in which he envisions community organizations playing “a key role in building a progressive coalition for social justice in the U.S.” [55]

In 1994 he wrote Beyond the Politics of Place: New Directions in Community Organizing in the 1990s. Delgado criticized President Clinton’s 1996 welfare reform legislation for changing the nature of welfare to a system that encourages work and responsible behavior.[56] Delgado imputed racism as the cause of the change.[57]

Delgado also bemoaned the fact that the 1996 welfare reform law transferred control of welfare funding from the federal government to state governments through block grants. [58] Delgado labeled this “devolution” of power a part of the “massive conservative assault on government.”[59]

He also edited and contributed to the compilation anthology From Poverty to Punishment: How Welfare Reform Punishes the Poor.[60]

Delgado currently serves as visiting scholar at U.C. Berkeley’s Institute for the Study of Social Change.

Delgado is also a board member emeritus at Race Forward (formerly Applied Research Center) and the Center for Third World Organizing,[63] and a member of the board of directors at the Alliance for a Just Society.[64] He is on the board of the Northwest Federation of Community Organizations, is a honorary board member of the Social Justice Fund,[65] and an advisory board member at the Institute for Pragmatic Practice.[66]