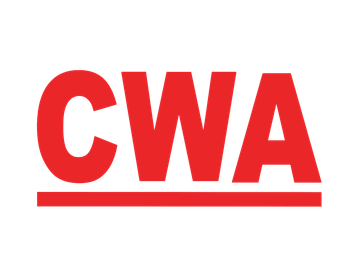 The Communications Workers of America (CWA) is a major national labor union which represents employees in the telecommunications, airline, journalism, and a handful of other industries. The union is a member of the AFL-CIO.[1]

Politically, the CWA is one of the most left-wing labor unions. The union is associated with the Democracy Initiative, a consortium of groups characterized as a “massive liberal plan to remake American politics” by progressive magazine Mother Jones.[2] In the 2016 Democratic primaries, the CWA was one of the most prominent liberal groups to endorse self-described socialist U.S. Senator Bernie Sanders (I-Vermont) for the 2016 Democratic Party presidential nomination.[3]

The union is a major financial player in the progressive world. Since records began in 1990, the union and its political action committees have contributed over $49.8 million to Democratic and liberal Federal Election Commission-reporting groups through October 2016, making CWA the 24th-largest organizational contributor to these groups in that time frame.[4]

Former CWA president Lawrence Cohen is a major player in the left wing of progressive politics. He is reportedly a member of the Democracy Alliance.[5] His personal endorsement of Bernie Sanders was considered a substantial pickup for the left-wing Senator’s presidential campaign and presaged the CWA’s eventual endorsement.[6]

The Communications Workers of America (CWA) was founded in November 1938 as the National Federation of Telephone Workers.[7] In 1947, the modern CWA held its first national convention, and the union joined the Congress of Industrial Organizations—one of the union federations that merged into the AFL-CIO—in 1949.[8] The union was principally involved in organizing efforts against landline telephone companies under Bell System, now known as AT&T.

In the 1990s and 2000s, a number of communications-related unions affiliated with CWA. The National Association of Broadcast Engineers and Technicians (NABET), representing technical workers in local television; The Newspaper Guild (TNG), representing print journalists; the International Union of Electronic Workers (IUE), representing electrical industry workers; and the Association of Flight Attendants (AFA), representing flight attendants, all merged into CWA.[9]

The Communications Workers of America (CWA) has a reputation for being left-wing, even within the broadly progressive labor union movement. The union was the largest national labor union to support self-described socialist Sen. Bernie Sanders in the 2016 Democratic presidential primaries.[10]

When the Occupy Wall Street demonstrations emerged in 2011, the Communications Workers of America provided support.[13] CWA’s Occupy actions included a demonstration at the U.S. Capitol in December 2011, intended to pressure Republicans in Congress to accede to President Barack Obama’s economic policies.[14]

Some have questioned the involvement of the CWA in politics, especially given that the Newspaper Guild, a CWA member union, represents journalists. The membership of newspaper staff in the CWA is often not noted in stories on political expenditures by the union.[15]

According to Department of Labor filings, the Communications Workers of America spent $5,815,108 on political activities and lobbying in the union’s 2016 fiscal year, with an additional $1,356,164 on contributions, gifts, and grants.[16] Of the political funds, $1,344,939 were distributions of opt-in “checkoff” funds to CWA Working Voices, the union’s political action committee.

CWA has engaged in a substantial tradition of strike actions throughout its history. The union (and its immediate predecessor, the National Federation of Telephone Workers) engaged in national strikes against the Bell system in 1947, 1968, 1971, and 1983. Post-Bell-breakup, CWA struck against AT&T in 1986 and against Verizon in 2000 and 2011.[18]

The recent strikes against Verizon strike have involved notable controversy and allegations of vandalism. In the 2000 strike, there were over 400 reported cases of vandalism, sabotage, and harassment. In 2011, Verizon alleged that strikers had cut fiber-optic cable lines, reported equipment being stolen, and alleged tampering with the central office heating system.[19]

The president of the Communications Workers of America is Christopher Shelton. He took office in 2015 succeeding Larry Cohen, the union’s longtime left-wing president.[20] Shelton follows in the tradition of CWA militancy: In his convention speech, Shelton proposed a “workers’ party” similar to the Working Families Party of New York be created to advance CWA’s agenda.[21] Prior to leading the national union, Shelton was Vice President of CWA District 1, representing workers in New York, New Jersey, and New England.[22] According to Department of Labor filings, Shelton was paid $196,707 in gross salary in CWA’s 2016 fiscal year.[23]

Lawrence Cohen preceded Shelton as CWA President, running the union from 2005-2015. As CWA President, Cohen deepened relations between the union and left-wing groups, most notably through co-convening the Democracy Initiative with the Sierra Club, Greenpeace, and the NAACP.[24] Cohen remains a major player in left-wing politics, notably endorsing the candidacy of independent socialist Bernie Sanders in a personal capacity shortly after retiring as CWA President.[25] He serves on the board of Our Revolution, a left-wing advocacy group that grew out of Sanders’ presidential campaign.[26]

Sara Steffens, a former organizer and later Secretary-Treasurer of The Newspaper Guild (a CWA member union representing journalists), was elected with Shelton to serve as Secretary-Treasurer of CWA.[27] Steffens rose to prominence within the union by leading the organization of journalists for the San Jose Mercury News in the late 1990s. Like Shelton, Steffens praises union militancy: In her convention speeches, she praised “unity and militancy at the bargaining table.”[28] Department of Labor filings show that Steffens was paid $176,012 in gross salary in the union’s 2016 fiscal year.[29]