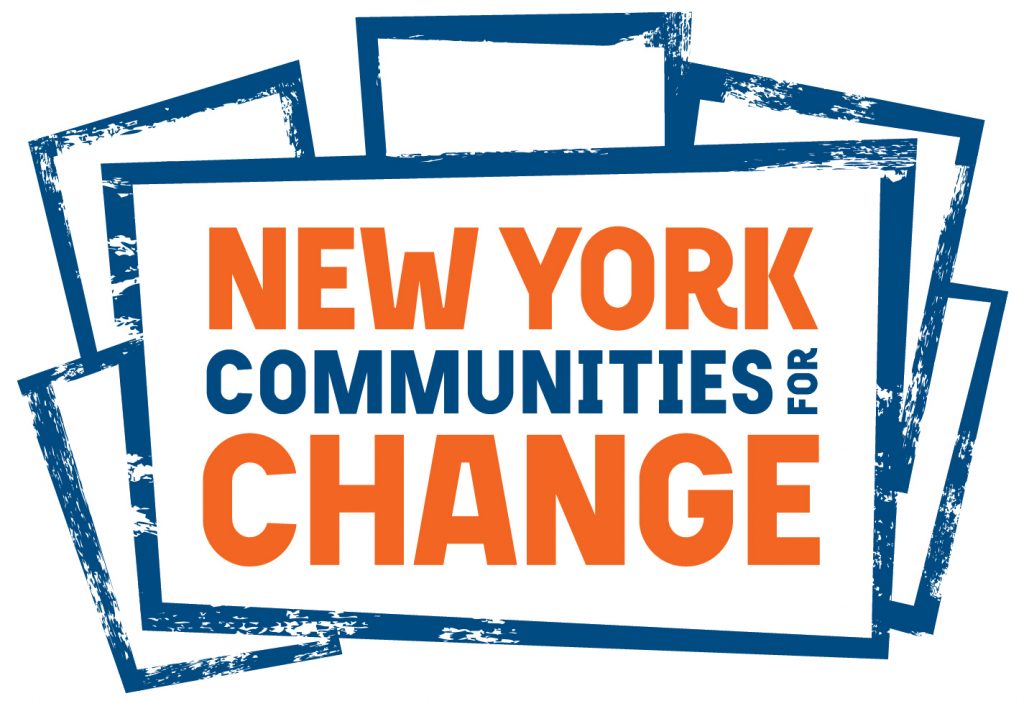 New York Communities for Change (NYCC) is a New York City-based labor and community organizing group. NYCC is a key agitation force behind the Service Employees International Union’s (SEIU) “Fight for $15” union organizing efforts, and has received over $7 million from SEIU and its local unions alone since 2012. NYCC is one of several successor organizations to the defunct ACORN multi-issue organizing network.[1] The group is a member of the left-wing Strong Economy for All coalition. The organization signed a petition supporting the Green New Deal. [2]

NYCC’s first executive director, Jon Kest, was a co-founder of the WFP and head organizer of New York’s ACORN office before NYCC was created.[5] The WFP and NYCC shared their small building in Brooklyn until NYCC moved out in 2015.

NYCC is deeply involved with campaigns associated with major labor unions in New York City. The most prominent, which has substantially raised NYCC’s national profile, is the Service Employees International Union’s Fight for $15 campaign to unionize workers in the fast food industry and raise the minimum wage to $15 per hour. The SEIU, its subordinate unions, and worker organizing committees funded by SEIU have contributed over $7.2 million to NYCC since the Fight for $15/Fast Food Forward union organizing campaign began in 2012.

The organization is also involved with other progressive efforts in and around New York. The Atlantic Philanthropies network funded NYCC as part of a coalition to change New York Police Department (NYPD) policing practices. Other groups including the United Federation of Teachers (UFT) labor union have funded NYCC attacks on financial industry businesses under the Hedge Clippers banner.[6]

Given NYCC’s close alignment with the aggressive left-wing Working Families Party, it is not surprising that voter mobilization is a substantial part of its work. NYCC was credited with driving up support for the campaign of Bill de Blasio in New York’s 2013 mayoral election.[7]

In response to the COVID-19 pandemic, NYCC started a campaign to “cancel rent.” It advocated for legislation that would ban evictions for any tenants affected by the pandemic, arguing that “housing is a human right.” [8]

NYCC began a wealth tax on New York City billionaires that would provide fiscal support for those who are not eligible for government programs such as unemployment. For instance, the campaign advocated for individuals whose immigration status prevented them from receiving COVID-19 stimulus relief to receive the billionaire-funded financial relief. [9]

NYCC’s Climate Change and Inequality campaign advocates for the elimination of conventional energy sources within New York state’s infrastructure and for a transition to unconventional energy sources. As part of this transition, NYCC advocates for the state of New York to finance the program, including wages for union jobs relevant to the initiative with sufficient racial equity standards. The campaign also calls for legislation to rebuild buildings that it deems environmentally unfriendly or energy inefficient. [10]

New York Communities for Change receives most of its funding from organizational contributors, including progressive foundations, labor unions, and other labor-aligned progressive groups. The group does not clearly disclose its donors.

Known funders of NYCC have been identified from publicly available filings with the Internal Revenue Service and Department of Labor. Unless otherwise listed, funding totals are from the donor’s 2014 tax or fiscal year.

Jonathan Westin is the executive director of New York Communities for Change. He sits or is reported to sit on multiple boards of left-wing organizations in New York; they include the Working Families Party, the teachers’ union pressure group Alliance for Quality Education, and the proto-labor union Fast Food Workers Committee.

Prior to Westin, NYCC was led by a longtime ACORN organizer, Jon Kest. Kest, who died in 2012, was reportedly very close to then-New York City Public Advocate Bill de Blasio.[11]