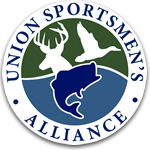 The Union Sportsmen’s Alliance is an environmentalist constituency organization, which purports to represent the interests of labor union members who identify as hunters and fishermen. It participates in wildlife conservation projects and advocates in favor of sportsmen’s user-fee programs, such as excise taxes and hunting and fishing licenses.

The organization was founded as an alliance between organized labor and the Theodore Roosevelt Conservation Partnership, an environmentalist group. According to a Washington Post report on Union Sportsmen’s Alliance’s founding, union leaders hoped the Alliance would “lure the political allegiance of gun-owning union members away from the NRA and its political agenda.” [1]

In 2007, the Union Sportsmen’s Alliance (sometimes referenced with the initialization “USA”) was formed as a group of charter union affiliates, largely from unions representing members in the industrial and building trades to engage in environmentalist advocacy and manage infrastructure projects oriented around the preservation of North American wild spaces particularly those used for outdoor sporting activities such as hunting and fishing. [2] [3]

A Washington Post report on the organization’s creation noted that organized labor and environmentalists saw the Alliance as a political force to secure greater preservation of public lands against oil and gas exploration. According to the Post, labor union officials hoped to “lure the political allegiance of gun-owning union members away from the NRA and its political agenda.” [4]

Later, in December 2013, the Alliance was registered as a 501(c)(3) tax-exempt nonprofit organization in Spring Hill, Tennessee. [5]

On June 25, 2019, in partnership with the Recreational Boating and Fishing foundation, which provided $2,500 of funding toward the project, the United Sportsmen’s Alliance, with additional funding from the Mississippi Building Construction Trades Council’s annual Dinner ($20,000) and Harrison County ($5,000), built and installed a public fishing pier in Harrison County, Mississippi. An official dedication ceremony for the structure took place on October 12, 2019 in conjunction with that year’s Harrison County Sherriff’s Youth Fishing Rodeo. [8]

On May 18, 2022, in partnership with Major League Fishing’s Fisheries Management Division and the Mercury Marine and Mossback Fish Habitat, the Alliance participated in a fish habitat enhancement project in the Duck River Reservoir in Cullman, Alabama. Largely, the project consisted of building and placing 85 artificial habitats. Materials for the project were provided by Mercury Marine and MossBack. [9]

On June 4, 2022, in partnership with Major League Fishing’s Fisheries Management Division and the Tennessee Wildlife Resources Agency, the Alliance collaborated on a fish habitat enhancement project in Chickamauga Lake in Tennessee supported by Berkley Labs. In large part, the project consisted of building and placing 36 MossBack artificial structures into Richland Creek in order to serve as habitats for Bass and Crappie, which use the creek (an arm of the lake) to spawn. [10]

On July 1, 2022, the Alliance hosted an inaugural Richard L. Trumka “Get Youth Outdoors Day” in honor of the late president of the AFL-CIO, Richard Trumka. The event, organized by the Alliance’s Work Boots in the Ground Conservation Program, was sponsored by Humana, an insurance firm, and supported by the Provost Umphrey Law Firm, UIG, The Union Labor Life Insurance Company (ULLICO), the Bank of Labor, the AFL-CIO Investment Trust Corporation, and Buck Knives. [11]

The Union Sportsmen’s Alliance publishes a journal, the Union Sportsmen’s Journal, available quarterly in print to Alliance members. Generally, the journal features organizational news, hunting and fishing tips, and reviews of products made by companies employing members of the Union Sportsmen’s Alliance. Former featured articles of the journal representative of the publication include pieces titled, “Preserving the Moment: All About Taxidermy,” “Raining Arrows on Thundering Toms,” “Preparing a Child for that First Hunt,” “Professional Advice on Filming Hunts,” “Spring Flings: Fishing Tactics for Multispecies Success,” and “Is a Hunting Dog Right for You?” [12]

The Union Sportsmen’s Alliance produces and distributes “Brotherhood Outdoors TV,” an educational entertainment program featuring clips about the outdoors, often with a union member acting as the episode’s “guest star.” Clips of the program, which are republished on YouTube, include titles such as “GAME RICH – Follow an Army Veteran & Union Apprentice Hunting Antelope in Wyoming,” “GOAT ROPIN’ – First Time Antelope Hunt on Tribal Land in South Dakota,” and “Barkin’ Up Bacon – Florida Hog Hunt w. Former NFL Player Joe Tafoya.” As of 2022, the program is supported by ULLICO, an insurance company affiliated with organized labor. [13] [14]

Kinsey M. Robinson is the chairman of the board of the Union Sportsmen’s Alliance. Formerly, Robinson worked as international secretary-treasurer and then president of the United Union of Roofers, Waterproofers and Allied Workers. [15] During his tenure at the latter, Robinson was also a trustee of the National Roofing Industry Pension Plan. Initially, Robinson became involved in union organizing while working in the roofing industry in Spokane, Washington, running for and winning election to the local 189 executive board of the union in 1969. [16]

As of 2022, Walt Ingram was the interim CEO and executive director of the Union Sportsmen’s Alliance, formerly having worked as the Alliance’s director of union relations. [17]