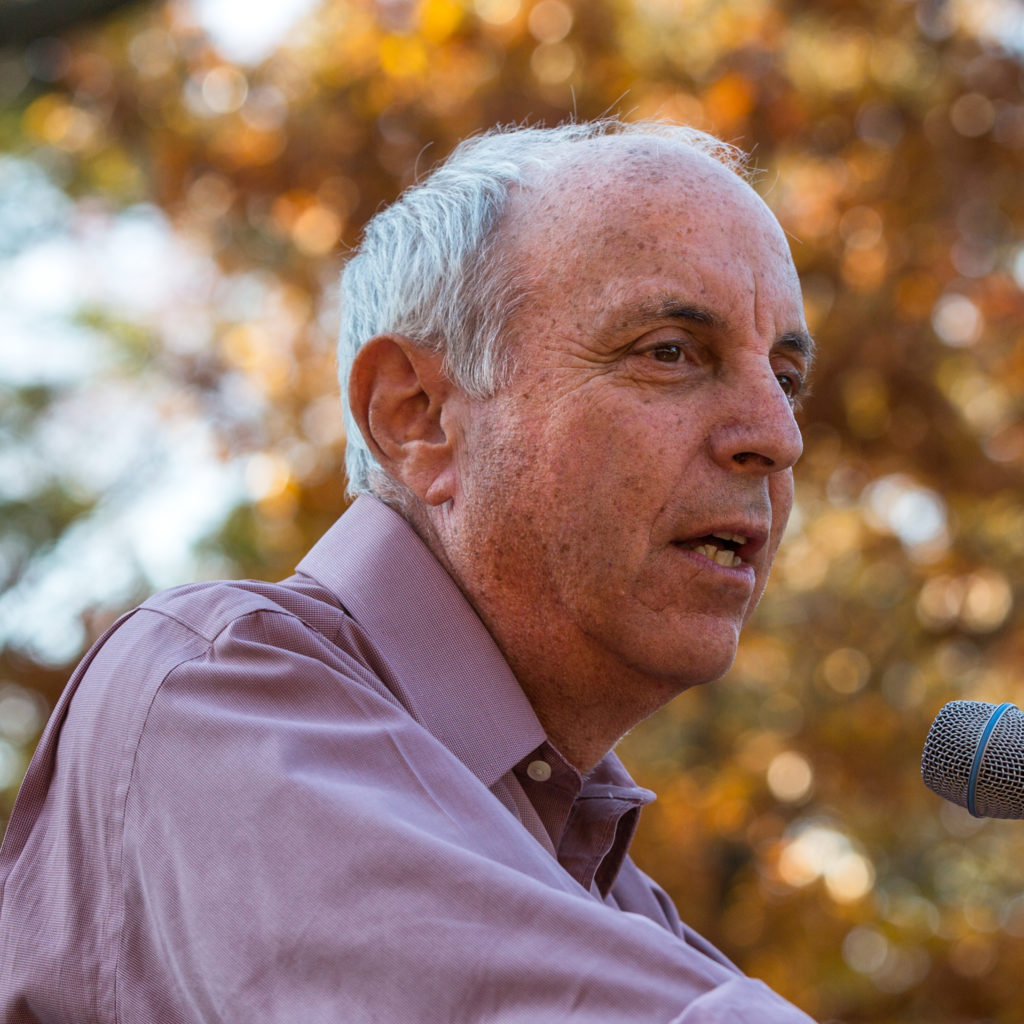 Cohen began his career as a union activist and spent more than twenty years working within the CWA before being elected its president. Cohen was known for pushing the union to become more heavily involved in politics, particularly by making alliances with left-of-center organizations.

In 2015, after retiring from the CWA, Cohen became a staunch supporter of Sen. Sanders and led his union-outreach efforts for his 2016 presidential campaign. After the election, Cohen joined Our Revolution and has been an advisor to Sanders ever since.

In November 2021, Cohen announced his intention to seek the resignation of Buffalo Mayor Byron Brown (D) from a Democratic National Committee post after Brown defeated socialist India Walton in a write-in campaign despite losing the Democratic mayoral primary.

In 1975, Larry Cohen began working as a union organizer. In 1981, Cohen led an organizing drive that brought 40,000 New Jersey workers into the Communications Workers of America (CWA). Within the union, Cohen created the Committee of a Thousand to reach out to more workers and devised the “1 for 20” framework that became the CWA’s political mobilization doctrine. [1]

In 1986, Cohen became the CWA’s national organizing director. In the late 1980s, he focused on organizing AT&T employees, resulting in tens of thousands of new union members. [2]

In 1998, Cohen was elected vice president of the CWA. In 2005, he was elected president, and held the role until 2015. Cohen started the Strategic Industries Fund to combat policies that support large multi-national corporations, like the Trans-Pacific Partnership (TPP). [3]

From 2001-2007, Cohen was elected president of the Union Network International (now known as the UNI Global Union), a global telecommunications union with 2.5 million members. He continues to serve on the union’s board. [4]

From 2006-2009, Cohen headed of the AFL-CIO’s organizing committee, where his major initiative was pushing for passage of the Employee Free Choice Act (EFCA), which proposed to amend the National Labor Relations Act to make it easier for employees to form or join unions, most notably by allowing unions to compel bargaining by employers upon the presentation of publicly signed union cards. Cohen’s support for the bill was considered controversial within union due to its far-reaching reforms and low odds of success. The act passed the U.S. House but was defeated in the U.S. Senate. Cohen’s failure motivated him to push for ending the filibuster in the U.S. Senate. [5]

In 2016, Cohen served as a superdelegate at the DNC and voted for Sen. Bernie Sanders (I-VT). [9] Cohen became vice-chair of the newly-formed Unity Reform Commission of the Democratic National Committee (DNC). The Commission was formed to increase voter outreach, engage non-partisan voters, and increase general Democratic electoral strength. [10] In 2020, Cohen was a member of the DNC’s convention rules committee. [11]

In 2015, Cohen joined Sanders’ presidential campaign as a liaison to organized labor. Cohen initially considered supporting former Sen. Hillary Clinton (D-NY), but he disagreed with Clinton’s support for the Trans-Pacific Partnership, particularly her acquiescence to President Barack Obama’s use of “fast track authority,” which prohibited the U.S. Congress from amending or filibustering the plan. Sanders and many progressives and unions opposed the TPP over concerns that it would hurt domestic workers. Cohen said that Sanders was “movement-building.” [12] Five months later, the Communications Workers of America also endorsed Sen. Sanders. [13]

Our Movement has faced criticism for inefficiency and mismanagement. Former organization president Nina Turner was accused by board members and 2016 Sanders presidential delegates of using Our Revolution to enable a potential presidential run in the future. [16] She also received pushback from the left for her decision to retain personal consultant Tezlyn Figaro, after she supported Trump’s “travel ban” and once tweeted “Please! #buildthewall.” [17] Following a public outcry, Figaro was fired, and as of May 30, 2019, was suing Our Revolution for racial discrimination. [18]

In 2019, Cohen rebuked Senator Clinton for attacking Democratic presidential candidates, even unlikely nominees like Gabbard, because she could hurt Democratic support and deliver another victory to President Donald Trump (R). [19]

In 2021, after Sanders was again defeated in a Democratic presidential primary, Our Revolution rebranded as a “pragmatic progressive” group. As an example, Cohen admitted, “We’re not getting Medicare-for-all, but we can get major pieces of it.” [20]

In 2021, Buffalo, New York Mayor Byron Brown (D) ran for an unprecedented fifth term. Brown faced an unexpectedly tough challenge in the Democratic primary from India Walton (D), a socialist and nurse with no formal political experience. Walton defeated Brown in the primary with 50.5 percent of the vote. [21] [22]

Despite the loss, Brown attempted to continue his campaign for reelection as an Independent, but he submitted the necessary signatures to get on the ballot too late. Brown attempted to force his way onto the ballot through legal action but lost multiple challenges in the courts. He resorted to a write-in campaign for the general election. [23] Brown won the general election with 59.1 percent of the vote. [24]

After the election, many local and national left-wing Democrats called for Mayor Brown’s resignation. Chief among them was Cohen, who had supported Walton. [25] Cohen announced his intent to oust Brown from his position on the Democratic National Committee. [26]