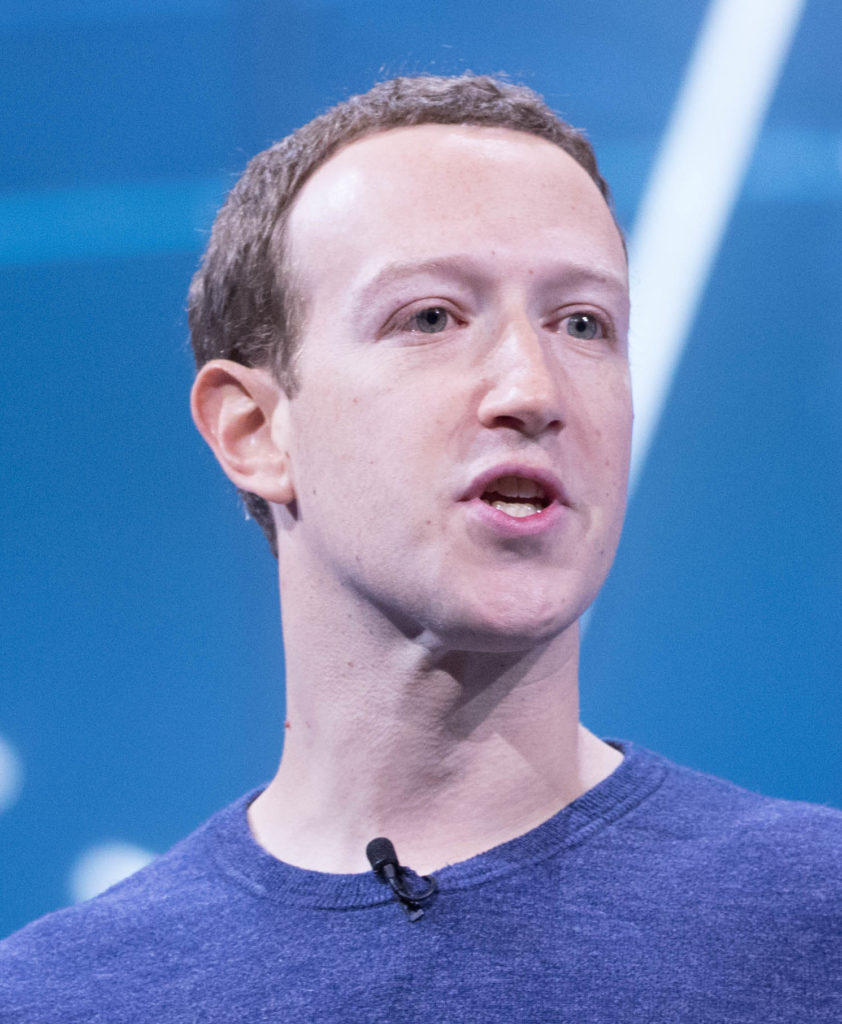 As of December 2020, Zuckerberg has an estimated net worth of almost $103 billion, making him the third-wealthiest person in the world.[1]

The Chan Zuckerberg Initiative was announced on Facebook on December 1, 2015, with the birth of Zuckerberg and Chan’s first child. The stated purpose of the foundation was to improve all of humanity by making long-term investments to reduce inequality, combat mortality, reform education, and develop technology.[2]

As an LLC, the Initiative’s tax implications differ from standard nonprofits. Stock given to the Initiative will not result in tax credits and will remain under Zuckerberg and Chan’s control through their ownership of the Initiative. However, when they liquidate or contribute these shares for direct grants, they will be eligible for tax benefits. Additionally, by transferring their wealth in company shares to the Initiative, Zuckerberg and Chan can avoid paying estate taxes on their wealth in the future upon their deaths. On the other hand, the LLC will be liable for income or capital gains taxes on any successful investments into for-profit companies.[3]

The Initiative has given grants to numerous left-of-center and left-wing nonprofits related to expansionist immigration advocacy and increased leniency in criminal justice, including the National Immigration Forum, the Immigrant Legal Resource Center, the American Immigration Council, the Black Alliance for Just Immigration, the Justice Action Center, the Civil Rights Corps, Common Justice, the Poverty and Race Research Action Council, the Tides Center, the Center for American Progress, the Niskanen Center, and NEO Philanthropy.

However, the Initiative has also contributed to a few right-of-center and libertarian organizations, including the American Conservative Union Foundation, Conservatives for Criminal Justice Reform, and the Cato Institute.[4]

Since 2015, the Initiative has given almost $24 million to the FWD.us Education Fund, the charitable advocacy component of FWD.us, a left-of-center PAC founded by Zuckerberg in 2014 that supports liberal policies in immigration, criminal justice, and higher education spending.[5]

On September 24, 2010, Zuckerberg announced on the “Oprah Winfrey Show” that he was donating $100 million to the public school system of Newark, New Jersey. The donation was solicited by then-Mayor and future Democratic Presidential candidate Cory Booker (D-NJ) who met Zuckerberg at an investment conference. Zuckerberg’s donation was matched by another $100 million from other donors.[6]

The spending plan outlined by Booker proposed to make Newark the “charter school capital” of the United States and implement strict teacher accountability metrics. Many local teachers and administrators criticized the plan for having a lack of input from school employees. Of the $200 million, ultimately $48 million would be spent on a new agreement with Newark’s teacher union, $57 million would support charter schools, and $21 million would go to consulting fees.[7]

The results of the Newark initiative have been ambiguous. Test scores rose considerably, from the 39th to the 78th percentile nationally, and high school graduation rates increased 14%. However, given the amount of money spent, the initiative has been criticized for having an insufficient impact.[8]

On September 22, 2022, the right-leaning watchdog group Center for Renewing America filed a complaint with the Internal Revenue Service (IRS) alleging that CEIR had violated rules prohibiting 501(c)(3) nonprofits from intervening in elections in 2020. The complaint also extended to two related nonprofits, the Center for Technology and Civic Life (CTCL) and National Vote at Home Institute, and asked the IRS to investigate and strip all three nonprofits of their tax exemption. (The center’s complaint also suggests that Zuckerberg and Chan may have contributed to National Vote at Home Institute and asks the IRS to investigate that claim.) [9]

The same day, the Center for Renewing America also filed a complaint with the IRS against Mark Zuckerberg and his wife, Priscilla Chan, alleging that they had taken “improper charitable contribution deductions” on the roughly $400 million in total that the couple donated to CTCL and CEIR in 2020, since the latter nonprofits had used the funds to engage in unlawful electioneering and were therefore liable to lose their tax exemption. [10] The center wrote:

The very genesis of the Zuckerbucks program also shows that it violates Section 501(c)(3) because it was designed to benefit the personal financial interests of Mark Zuckerberg and his wife Priscilla Chan by avoiding any adverse financial consequences of staying out of the 2020 election.

Specifically . . . the Zuckerbucks program was conceived to offset the supposed damage the couple did to American politics in 2016 by passively allowing Facebook to be used to elect a Republican President.

The Center for Renewing America argues that, although there were no laws specifically prohibiting CTCL and CEIR from making COVID-19 “relief grants” to secretaries of state and county elections offices in the lead-up to the 2020 election, those activities still fell outside of the IRS’ definition of the “charitable activities” that 501(c)(3) public charities may lawfully engage in. The group wrote: [11]

[T]he pattern of Zuckerbucks spending and how these organizations targeted, penetrated into, and harvested data out of local election offices clearly operated as a de facto get-out-the-vote effort for the Democrat party. As such, under [existing law] . . . these organizations cannot qualify for a tax exemption.

Even if CTCL, NVAHI [National Vote at Home Institute], and CEIR each operated for some charitable purpose, none of them operated exclusively for such a purpose.

In light of the fact that CTCL, NVAHI [National Vote at Home Institute], and CEIR have collectively spent hundreds of millions of dollars on their purpose of revolutionizing the way America votes in order to shift the outcome toward Democrats in key battleground States in 2020 — activities that constituted political campaign intervention and were not in furtherance of any exempt purpose — we urge the IRS to investigate whether these three organizations Section 501(c)(3) statuses should be revoked.

Zuckerberg has never publicly affirmed membership with a major political party, but he has been called conservative and liberal at various times by media outlets.[13][14] Zuckerberg has expressed public support for liberal immigration policies[15] and increased legal  LGBT.[16]

After the 2015 San Bernardino attack by Islamist extremists, Zuckerberg issued a public statement in support of Muslims worldwide and said they were always welcomed to work at Facebook.[17]

At the Facebook offices, employees are permitted to write messages on the walls. In February 2016, an anonymous Facebook employee crossed out ‘Black Lives Matter’ that another employee had written on a wall. Shortly after, Zuckerberg released a company-wide memo condemning the action and declaring it a violation of free speech to cross out the phrase. He announced that Facebook would launch an investigation into the matter.[18]

In 2013, Zuckerberg founded FWD.us, a left-of-center lobbying group. In an op-ed, Zuckerberg described the group’s purpose as “build[ing] the knowledge economy the US needs to ensure more jobs, innovation and investment” primarily through liberal immigration policies and increased government spending on science and education. Founding contributors to FWD.us included Elon Musk, Reed Hastings, and executives at dozens of large tech companies, including Google, Airbnb, and Cisco.[20] In 2020, FWD.us spent $610,000 on lobbying.[21]

Soon after its creation, FWD.us and Zuckerberg were criticized by environmentalist groups for supporting numerous right-of-center PACs, including Americans for a Conservative Direction, which ran ads in support of the Keystone XL pipeline.[22]

Starting in 2017, there were rumors of Zuckerberg running for the Democratic nomination for President of the United States,[27] but he later denied these intentions.[28] Zuckerberg did privately advise then-Mayor Pete Buttigieg (D-South Bend) during his 2020 Presidential candidacy.[29]

In 2020, Zuckerberg and Chan donated $400 million to local election agencies and non-profits that focus on elections to combat potential election fraud and support the conversion of polling stations to operate during the COVID-19 pandemic. Their donation matched the total amount spent by the US government on the matter.[30] The left-of-center Center for Tech and Civic Life (CTCL) received at least $250 million from Zuckerberg and Chan, the single largest donation.[31]