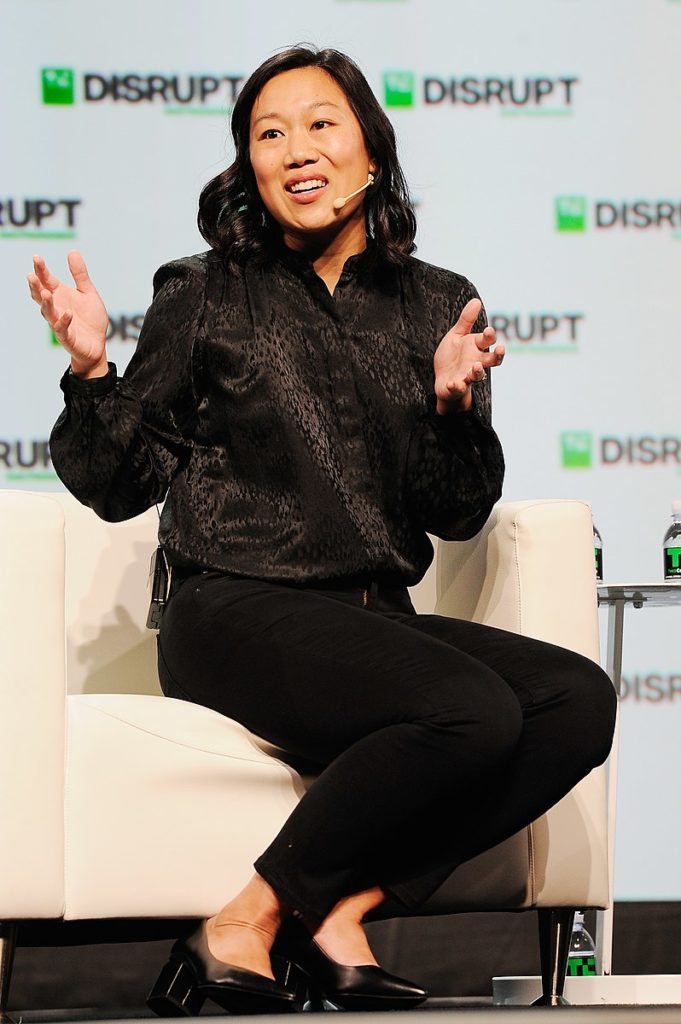 Priscilla Chan is a philanthropist, a physician, and the wife of Facebook founder Mark Zuckerberg. In 2015, the couple founded the philanthropic limited liability company Chan-Zuckerberg Initiative; its charitable arm, the Chan Zuckerberg Foundation; and its political arm, Chan Zuckerberg Advocacy.

Chan was born in Braintree, Massachusetts, to a low-income immigrant family of Chinese and Vietnamese descent. She graduated valedictorian from Quincy High School. She met Zuckerberg while the two attended Harvard University and she studied biology. Chan worked as an elementary school teacher after college and later graduated from the University of California, San Francisco with a medical degree. She currently works as a pediatrician.

Chan divulges little about her personal life to the media. [1]

As an LLC, the Initiative’s tax implications differ from standard nonprofits. Stock given to the Initiative will not result in tax credits and will remain under Zuckerberg and Chan’s control through their ownership of the Initiative. However, when they liquidate or contribute these shares for direct grants, they will be eligible for tax benefits. Additionally, by transferring their wealth in company shares to the Initiative, Zuckerberg and Chan can avoid paying estate taxes on their wealth in the future upon their deaths. On the other hand, the LLC will be liable for income or capital gains taxes on any successful investments into for-profit companies. [4]

The Initiative has given grants to numerous left-of-center and left-wing nonprofits related to expansionist immigration advocacy and increased leniency in criminal justice, including the National Immigration Forum, the Immigrant Legal Resource Center, the American Immigration Council, the Black Alliance for Just Immigration, the Justice Action Center, the Civil Rights Corps, Common Justice, the Poverty and Race Research Action Council, the Tides Center, the Center for American Progress, the Niskanen Center, and NEO Philanthropy. [6]

However, the Initiative has also contributed to a few right-of-center and libertarian organizations, including the American Conservative Union Foundation, Conservatives for Criminal Justice Reform, and the Cato Institute. [7]

Since 2015, the Initiative has given almost $24 million to the FWD.us Education Fund, the charitable advocacy component of FWD.us, a left-of-center PAC founded by Zuckerberg in 2014 that supports liberal policies in immigration, criminal justice, and higher education spending. [8]

In 2016, Chan and education entrepreneur Meredith Liu founded the Primary School, a private non-profit elementary school and health services organization which caters to low-income families in Palo Alto and Hayward, CA. [9] The Primary School is funded by the Chan Zuckerberg Initiative. [10]

Chan is an advocate of increased organ donations. [11] In 2012, Zuckerberg was inspired by Chan to implement a feature in Facebook allowing users to identify themselves as organ donors. [12]

In a February 2019 interview, Chan stated that she had no intention to run for office. [13]

In 2012, Chan had “No on Prop 8” listed among her interests on Facebook. California’s 2008 Proposition 8 was a state-wide ballot initiative which proposed ending state recognition of same-sex marriages. Prop 8 was passed, but subsequently ruled unconstitutional by a federal judge in 2010. [14]

In June 2020, Chan and Zuckerberg issued a joint post on Facebook condemning remarks made by President Donald Trump about protesters which they called “incendiary.” Their message was a response to an open letter signed by 140 scientists who have received funding from the Chan Zuckerberg Institute who urged Zuckerberg to implement stricter censorship measures on Facebook in response to President Trump’s alleged incitements to violence. [15]

Since 2013, Chan has donated $35,000 to Facebook Inc.,[17] Facebook’s PAC, a bipartisan PAC which historically donates slightly more to Republican candidates than Democrats. [18]

In 2020, Chan and Zuckerberg donated $400 million to local election agencies and non-profits that focus on elections to combat potential election fraud and support the conversion of polling stations to operate during the COVID-19 pandemic. Their donation matched the total amount spent by the US government on the matter. [19] The left-of-center Center for Tech and Civic Life (CTCL) received $250 million from Zuckerberg and Chan, the single largest donation. [20]