Teachers unions, like other government-employee unions, are a key player in the left-of-center infrastructure. The national teachers unions — National Education Association (NEA) and American Federation of Teachers (AFT) — are among the largest organizational political players in the United States. Both are heavily aligned with the Democratic Party.

Teachers unions are notable for emphasizing teacher job protections at the expense of student outcomes, most prominently in their extensive campaigns during the COVID-19 pandemic to extend school closures and place onerous mandates on students in schools that did reopen. The unions campaign extensively for “tenure” protections that prevent the removal of incompetent instructors, against the creation of charter schools and other forms of educational competition, and for expansions in the size of state and municipal government.

The NEA is a major political player, with its associated political action committees contributing nearly $143.5 million to federal candidates and committees—97% of which supported Democrats and liberals—from 1990 through February 2019. The NEA is also deeply entangled in state and local politics and is a major contributor to left-of-center nonprofit organizations.

Since her election in 2020, Becky Pringle has led the union; she succeeded Lily Eskelsen Garcia, who stood down after two three-year terms in office.

The American Federation of Teachers (AFT) is the second-largest teachers’ union in the United States. The union represents roughly 1.5 million members, most of whom work in teaching and education-related jobs as well as nursing. The union is a member of the AFL-CIO. The union and union president Rhonda “Randi” Weingarten are associated with the Democracy Alliance network of liberal mega-donors. Weingarten has led the union since 2008.

The union aligns prominently with its New York City local, the United Federation of Teachers. AFT national presidents Al Shanker, Sandra Feldman, and Randi Weingarten all headed the New York City union before taking the reins of the national group. Heads of the AFT have been prominent leaders in left-progressive education policy, with Weingarten periodically proposed for senior administration positions in Democratic administrations.

Both national teachers’ unions are committed to a left-wing approach to elementary and secondary education. Both also have broader commitments to left-wing “social justice unionism,” an approach to labor activism that emphasizes supporting a broad spectrum of left-wing coalition issues.

Both teachers’ unions support controversial left-progressive pedagogical approaches toward race and sexuality. The NEA has explicitly endorsed critical race theory, resolving at its 2021 national convention to:

Provide an already-created, in-depth, study that critiques empire, white supremacy, anti-Blackness, anti-Indigeneity, racism, patriarchy, cisheteropatriarchy, capitalism, ableism, anthropocentrism, and other forms of power and oppression at the intersections of our society, and that we oppose attempts to ban critical race theory and/or The 1619 Project.

The 2021 resolution was not groundbreaking in the NEA’s ideological approach. In 2018, the union had published a “Racial Justice in Education Resource Guide” delineating a critical race theory-aligned approach to “talking race,” and in 2015 the union’s national assembly had adopted a resolution that “recognized the role that institutional racism plays in our society, including in our schools.”

The NEA Health Information Network, a now-defunct nonprofit affiliated with the NEA, participated in “developing and disseminating the 2012 National Sexuality Education Standards: Content and Skills, K–12” devised by the Future of Sex Education Initiative. The Initiative is a project of Advocates for Youth, Answer, and SIECUS, three socially liberal organizations promoting comprehensive sexuality education and left-progressive gender ideology. The NEA’s blog has promoted the sexuality education program adopted by San Francisco.

Protections of Low-Quality Teachers and Opposition to School Choice

Teachers unions support numerous labor policies that have the effect of protecting the employment and even classroom status of low-quality teachers and teachers implicated in gross misconduct. The “tenure” policies defended for many years by the United Federation of Teachers in New York City are particularly notorious; the city’s “Absent Teacher Reserve,” popularly known as the “rubber room,” have become emblematic of union-demanded policies that keep teachers accused of misconduct or poor performance on public payrolls even when they are excluded from classrooms.

A 2021 agreement between the UFT and the city is intended to phase out the Absent Teacher Reserve, with teachers assigned to the Reserve for budgetary reasons to be returned to classrooms while those accused of misconduct will not be reassigned. Prior agreements had sought to expedite case hearings and limit delay in the disciplinary process; a critic of the process has argued that it does not do enough to expeditiously dismiss clearly false allegations and that the agreement to speed up disciplinary hearings has not been carried out.

Teachers union power was directly linked to the extent of school lockdowns and restrictions on students such as mask mandates ostensibly enacted in response to the COVID-19 outbreak in 2020 and succeeding years. As late as early 2022, the Chicago Teachers Union was conducting labor action that closed school buildings, ostensibly for a “pause” to in-person learning.

In May 2021, it emerged that the Biden administration’s Centers for Disease Control and Prevention had incorporated “suggestions” from the American Federation of Teachers in the agency’s recommendations on school reopening, which had been criticized as excessively cautious and favorable to continued lockdowns. Congressional Republicans issued a report examining the teachers union influence and criticized the CDC for allowing the teachers unions to “bypass scientific norms and rewrite official agency guidance,” asserting that “damaging edits by union bosses effectively kept thousands of schools shuttered across the country, locking millions of children out of their classrooms.”

Numerous teachers unions used school closures and other restrictions as leverage in negotiations and for parts of their broader left-wing agendas. The California Teachers Association issued a “bargaining advisory” that read, “Now is the time to secure [contract] language improvements that we have wanted for some time.”

Perhaps most notably, the United Teachers Los Angeles issued a report titled “Same Storm but Different Boats” that demanded extensive and onerous COVID protections, tax increases, defunding the police, banning new charter schools, government-run health care, and public benefits for illegal immigrants as part of the school-reopening process. When challenged in August 2021 on the consequences of the extensive school shutdowns UTLA had supported, Cecily Myart-Cruz, who had taken leadership of the union over the closure period, asserted:

Multiple teachers unions and union spokespeople, including Myart-Cruz and UTLA, charged that efforts to reopen schools amounted to racist or sexist advocacy. In March 2021, UTLA’s Myart-Cruz denounced a California state government plan to reopen schools as “a recipe for propagating structural racism.” The Chicago Teachers Union issued and later deleted a Twitter statement claiming, “The push to reopen schools is rooted in sexism, racism and misogyny.”

Both national unions are notable practitioners of “social justice unionism,” an ideological position that sees organized labor as supporting a broader non-economic left-wing ideological program. The unions are staunch allies of left-progressive campaigns to expand access to abortion, to enact restrictions on Second Amendment rights, and adopt racial preferences in government activities.

Regarding abortion, NEA formally resolved, “The NEA vigorously opposes all attacks on the right to choose and stands on the fundamental right to abortion under Roe v. Wade.” For its part, the AFT has passed resolutions endorsing a continued government funding of abortion provider Planned Parenthood.

Liberal special interests have effective control of many municipal governments and government arms. The most notable case is school boards. The teachers union’s endorsement frequently determines the winner of school board races. The reasons for this include a form of de-facto voter suppression by three “exploits” in municipal election systems that give organized interest groups like teachers unions influence beyond their raw numbers.

Turnout for off-cycle elections held outside the every-other-November federal election cycle is always lower. As a result, the motivated core of loyal, dues-paying supporters carries more weight than during a presidential general election or a congressional midterm. The Manhattan Institute released a report recommending the alignment of municipal elections with federal and state general elections. Reviewing academic research, its author concluded that “not only are local governments elected off-cycle chosen by fewer and less representative citizens … they are less likely to authentically represent the will of democratic majorities in their community.”

Nonpartisan races also advantage permanently organized interests, and this can lead to the election of school boards wildly out of ideological and practical alignment with communities. Voters in nonpartisan races are denied the indicator of candidate ideology demonstrated by partisan affiliation and candidates are sometimes denied the operational support that parties provide to partisan candidates. Teachers unions and other permanently organized and ideological but formally nonpartisan entities have an advantage in organizing and endorsements in nonpartisan races over unorganized interest groups like parents or student advocates.

The final piece of the union-advantage puzzle is the method of election. In many local elections, block voting is used. In block voting, a voter can vote for as many candidates as there are seats available. The candidates with the most votes win. This is a massive advantage for organized interests that can endorse entire slates of candidates and move voters in their favor, while disorganized opponents either under-vote or even cast votes unknowingly for the slate they would rather not support.

While it seems unusual that a teachers union would take stances on foreign policy, local and national teachers unions do. United Educators of San Francisco issued a resolution in May 2021 expressing support for the anti-Israel Boycott, Divestment, and Sanctions campaign. 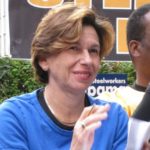 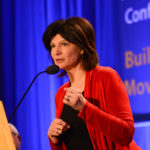 State-level federations and local unions associated with the AFT and NEA.