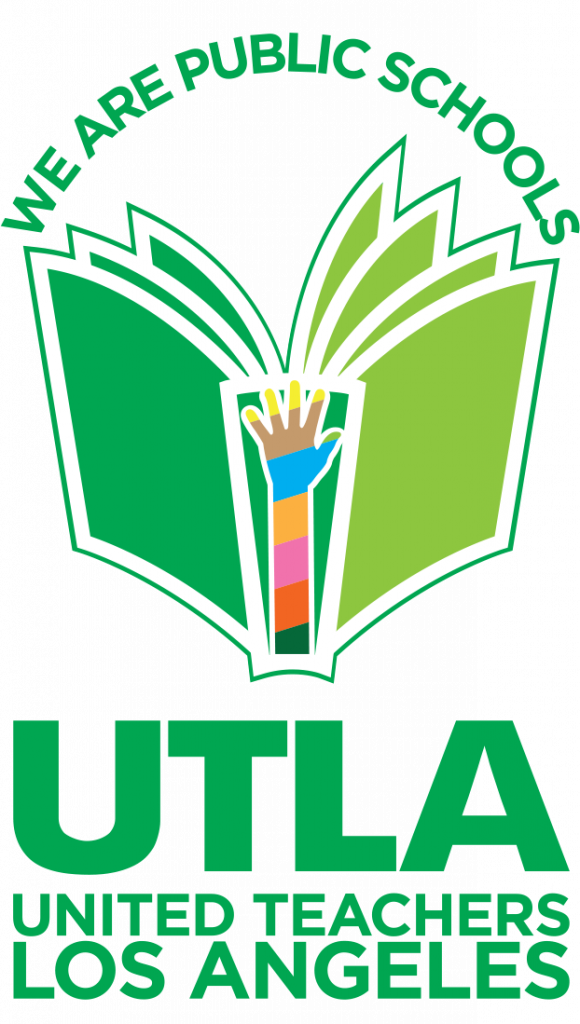 United Teachers Los Angeles (UTLA) is the main labor union representing teachers and other staff of the Los Angeles Unified School District (LAUSD) in southern California, the nation’s second-largest school district. UTLA is affiliated with both the National Education Association and the American Federation of Teachers. UTLA has engaged in two significant labor disputes with the district, with major strikes in 1970 and 1989.[1]

After assuming office in July 2014, UTLA president Alex Caputo-Pearl stated his willingness to launch another strike against LAUSD.[2] In 2016, one year before negotiations on a new contract began, he doubled down on his comments regarding a strike, asserting that creating a “state of crisis” in 2018 was part of his bargaining strategy.[3]

In August 2018, UTLA membership voted to empower union leadership to call another strike.[4] The risk of a strike grew stronger in October 2018 when mediation broke down between the UTLA and LAUSD, which had been in a deadlock over contract negotiations for the prior 18 months.[5] A significant increase in hiring of new teachers and support staff and the union’s hostility to charter schools were reportedly major points of contention.[6]

The UTLA is hostile to charter schools, which usually have non-union teachers. LAUSD contains the nation’s largest charter school network: As of 2018, 110,000 of its 500,000 students attend charters.[7] A September 2016 newspaper advertisement from the UTLA asserted without evidence the state’s charter school movement was a “front group for billionaires” who “undermine democracy.”[8]

The majority of the seven-member LAUSD Board of Education was favorable to the UTLA on charters and other issues when Caputo-Pearl became president in 2014. This majority eroded and was ultimately lost in 2017 when a pro-UTLA incumbent was defeated by a charter school advocate, despite nearly $2.3 million in financial support from the union for the incumbent.[9]

United Teachers Los Angeles is the labor union representing teachers and certain other public school employees in Los Angeles, California, primarily at the Los Angeles Unified School District – the nation’s second largest school district. UTLA was created in 1970 with the merger of several smaller unions then representing teachers and other LAUSD employees.[10] It is a member union of both the National Education Association (NEA) and the American Federation of Teachers (AFT), the two principal national teachers’ unions. The UTLA reserves two vice-president titles for both the NEA and AFT representatives.

The UTLA’s first contract with LAUSD was negotiated following a strike in which nearly half of the district’s 650,000 students did not attend classes. The district’s initial offer of a five-percent salary increase was rejected by the UTLA, which demanded instead an increase in top teacher salaries from $13,650 to $20,000 ($88,809 to $130,123 in 2018 dollars). Stating that even the five-percent hike would require cuts to sports and other programs, the district refused the higher request, leading to a UTLA walkout on April 13. Five weeks later, the strike ended when the union agreed to the district’s five percent increase. The average teacher lost an estimated $1,100 due to the work stoppage ($7,156 in 2018 dollars).[11]

A nine-day UTLA strike took place in 1989, sidelining nearly 600,000 students, with the UTLA demanding a 21 percent salary increase over two years and refusing the district’s offer of 21.5 percent over three years.[12] The strike was settled with a compromise of 8 percent annual increases over three years, but this proved too much for the LAUSD’s budget. The 1990 national recession led to a loss of tax revenue and pay cuts for UTLA teachers after 1991, following expiration of the 1989 contract.[13]

Alex Caputo-Pearl became president of UTLA in 2014 and is serving his final term in the office.[17] He is a vocal opponent of parental choice in schools, frequently implying that charter schools are a plot by billionaires to make more money through “privatization.”[18] Prior to his election as UTLA president he was a member of the union’s far-left Progressive Educator’s Education Caucus, which he defined as a “campaign to stop privatization” and bring about “social justice unionism” and support “real progressive taxation” with higher spending on unionized public schools.[19]

These themes formed the basis of his 2013 campaign for the presidency of the union.[20] He challenged an incumbent union boss whose views on issues were similar, with the difference being Caputo-Pearl’s pledge that his history as a community organizer and activist would make him a more aggressive leader. Caputo-Pearl won a two-way runoff, taking 80 percent of votes cast.[21]

During the campaign, Caputo-Pearl was the subject of a disciplinary investigation by the LAUSD because he had repeatedly left his worksite during the school day to engage in campaigning for union office. He maintained that his departures – unpaid personal hours taken during portions of 43 school days – added up to 17 total workdays, and had been approved by the principal at his building. The LAUSD superintendent countered that the principal had no authority to grant the leave time for union politics and that it was unfair to students that substitute teachers were repeatedly needed to replace the absent Caputo-Pearl; the district ordered Caputo-Pearl to stop campaigning during school hours. The disciplinary action began after Caputo-Pearl defied the order and continued taking leave time.[22]

Two weeks after taking office in July 2014, Caputo-Pearl struck a militant tone regarding his plans for the union and school district’s future, implying a willingness to call a teacher strike and advocating that the union participate in protests against allegations of local police misconduct.[23]

He continued the drumbeat for a strike in a speech to 800 union activists two years later: “The next year-and-a-half must be founded upon building our capacity to strike, and our capacity to create a state crisis, in early 2018. There simply may be no other way to protect our health benefits and to shock the system into investing in the civic institution of public education.”[24]

For 2015 his base compensation was $107,893. Six other full-time UTLA officials, including each of the vice presidents representing the AFT and NEA teacher union affiliates, were paid $107,116 each.[26]

The UTLA is actively involved in school board politics and strongly opposes school choice.

Austin Beutner, appointed LAUSD superintendent in 2018 by the school board, is a successful businessman and a donor to (and ideological supporter of) independently operated but government-funded charter schools. Almost 20% of LAUSD’s K-12 students attended a charter school as of 2018, most of which do not employ unionized teachers; the rise of charters is one reason UTLA membership fell by 26 percent between 2007 and 2018. Relations between Beutner and UTLA leadership have been hostile, with differences over charter school policy as a major flashpoint.[27]

UTLA leadership claims charter schools draw $600 million per year from unionized traditional K-12 schools, but independent estimates have placed the number at less than $300 million. While growing, the capacity of the charter schools has not yet met the wishes of Los Angeles parents – 40,000 students are on charter school waiting lists as of 2018 – but UTLA want fewer students in charters and more funding directed back into buildings with dues-paying teachers.[29]

A September 2016 advertisement from the UTLA in the Los Angeles Times accused the California charter school movement (without evidence) of being a “front group for billionaires” who “undermine democracy,” and of promoting “discriminatory enrollment” and “biases against special needs students,” which has led to “financial malfeasance, self-dealing and profiteering.”[30] UTLA president Alex Caputo-Pearl has repeatedly used similar language.

“The California Charter Schools Association has spent far more on state legislative races this year than ever before,” said Caputo-Pearl in a 2016 speech. “Billionaires across the country are looking at Los Angeles as the next and biggest opportunity to privatize and profit from the education of children.”[31]

The UTLA biography of UTLA vice-president Juan Ramirez, representing the American Federation of Teachers, states “[Ramirez] has worked with teachers, parents, and community members to counter Parent Revolution.”[32] Parent Revolution is a Los Angeles non-profit that helps parents locate and apply for schools of choice, particularly assisting them in surmounting barriers such as “unstable housing and employment, lack of transportation, lack of internet access, and language.”[33]

When Alex Caputo-Pearl became UTLA president in 2014, his union enjoyed a majority on the LAUSD Board of Education that generally favored its agenda. That majority was eroded and then ultimately reversed during two successive elections in 2014 and 2017, even as Caputo-Pearl had made retaining a friendly Board a union priority.[34]

The majority for the charter school proponents was trimmed to a 3-3 deadlock in July 2018, following the resignation of board member and charter school supporter Ref Rodriquez, who pleaded guilty to political money laundering. A special election to fill the vacancy will occur on March 5, 2019, with a run-off (if no candidate obtains an outright majority) slated for May 14.[36]

On October 12, 2018, mediation efforts aimed at resolving a contract dispute between the LAUSD and UTLA broke down, with the school district filing an unfair labor practice against the union, accusing it of bargaining in bad faith so as to have cover for launching an illegal strike.[37] A strike authorization vote had already occurred on August 31, 2018, with the UTLA reporting 98 percent of its membership had voted in favor of empowering a strike if union leadership believed it necessary.[38]

Negotiations had begun 18 months earlier and the union began working without a contract during the summer of 2017.[39] Shortly after assuming office three years prior to the start of contract negotiations, UTLA president Alex Caputo-Pearl stated an affinity for using strikes.[40] One year before the contract expired, the labor boss reiterated his willingness to call a strike to get what he wanted in the upcoming negotiations.[41]

The primary union demands include a significant increase in hiring of teachers and support staff, reduction of class sizes, across the board pay hikes, tighter restrictions on charter school expansion, and an end to reliance on student standardized test scores.[42]

LAUSD superintendent Austin Beutner agrees with the union’s desire for more investment in staffing, but has said it is not feasible due to the district’s significant financial challenges. Beutner also supports the current status of charter schools as an important contributor to the LAUSD educational choices and seeks greater authority to remove underperforming teachers – objectives opposed by the UTLA.[43]

The LAUSD has offered teachers a 3 percent pay increase, retroactive to summer 2017, and a 3 percent bonus dependent upon the district’s financial solvency. This is not significantly different from the UTLA’s pay demands, but the differences between the parties regarding issues such as charter schools, staff hiring and teacher dismissals are reportedly the larger sticking points.[44]

UTLA asserts that its desire for staffing increases can be met because the district currently has a large budget reserve. Union president Caputo-Pearl has accused Beutner of lying about the financial situation and treating LAUSD as “a business to be downsized rather than a civic institution to protect.”[45]

Independent analysis confirms the LAUSD’s analysis of its financial condition. The libertarian-leaning, Los Angeles-based Reason Foundation has criticized the district for failing to make financial reforms in the past and points out that failure to right-size spending will result in insolvency by 2022, touching off annual deficits of $500 million. Within that context, Reason projects current spending commitments would exhaust the LAUSD’s $1.2 budget surplus within three years, even without adding the additional spending desired by the UTLA.[46]