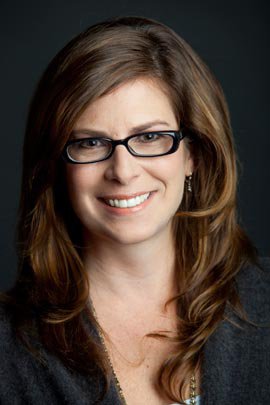 Erica Payne is a left-of-center political operative who started a number of organizations aimed at influencing the news and public policy through media campaigns featuring influential liberal donors and activists and publicity stunts. She began her career in politics working for former U.S. Senator Terry Sanford (D-NC) and later worked as a fundraiser for the Democratic National Committee during the 1996 campaign to re-elect President Bill Clinton and Vice President Al Gore.

She left electoral politics after the 1996 election; simultaneously, investigators were looking into possible campaign finance violations by the DNC involving “call sheets” that Payne had written. [1] She later returned to the political arena as a consultant, first as an independent contractor working for a number of left-leaning policy groups, then as the founder of a string of nonprofit organizations aimed at attracting funds from wealthy liberals and public attention. Throughout her career, Payne has leveraged influential people within her personal and professional networks to support her organizations which include The Agenda Project and Patriotic Millionaires. In 2008, Payne published a book, The Practical Progressive: How to Build a 21st Century Political Movement.

In October 2013, Payne moved to the Brookdale neighborhood in Chevy Chase, MD with Eugene “Gene” Haigh. [3] Haigh is a registered lobbyist[4] and a senior vice president of Patriotic Millionaires. [5] The couple married on July 23, 2014. [6]

Erica began her political career after graduating from the University of North Carolina-Chapel Hill in 1992, working for Senator Terry Sanford (D-NC). [7] After Sanford lost his 1992 reelection bid to Republican Lauch Faircloth,[8] Payne spent the next four and a half years as a fundraiser for the Democratic National Committee. She worked as a regional finance director then was a deputy national finance director for the 1996 Clinton re-election campaign. [9] In an article for Salon.com in September 2000, then-ABC News senior White House correspondent Jake Tapper wrote that DNC colleagues described Payne “a lovely person” but “careless and clueless.” [10]

Payne left the DNC in 1997 but stayed involved in Democratic Party politics as a consultant to the DNC and political campaigns including the re-elections of U.S. Representatives Joe Kennedy (D-MA) and New Hampshire Governor Jeanne Shaheen. [11]

Payne spent 1998-2000 in graduate school at the University of Pennsylvania, followed by two years working for Dragonfly Wireless and Marquis Jet Partners. [12]

Starting in 2003, Payne became increasingly involved with a number of intertwined left-of-center political organizations and campaigns. She joined a consulting firm based in New York City called The Tesseract Group, leveraging her connections with the Democratic Party and wealthy liberal donors.

According to the New York Department of State business entity database, The Tesseract Group, LLC was registered in New York City on November 11, 2003, under the name, The Catalyst Group, LLC. [13] Described as a “boutique consulting firm,” Payne lists her past liberal clients as America Votes, the Brennan Center for Justice, the Center for Independent Media (now called the American Independent Institute), the Roosevelt Institute, and Citizens for Responsibility and Ethics in Washington. [14]

Roosevelt Institute is a New York City-headquartered 501(c)(3) nonprofit, is a left-leaning think tank that is closely aligned with the progressive funder network Democracy Alliance. [15] Payne lists Roosevelt Institute as a client of her progressive consulting firm, The Tesseract Group. [16] Payne spent 18 months working with the Roosevelt Institute during which she edited a volume on welfare reform that included Sen. Elizabeth Warren among its contributors. [17]

Payne joined the New Democrat Network (NDN), a liberal think tank based in Washington, D.C., as a consultant and fundraiser from the organization’s office in New York City. [19] The New Democrat Network was founded in 1996 by former Democratic National Committee member and Clinton-family political strategist Simon Rosenberg. [20] Documents obtained by the Federal Elections Commission report NDN paid Payne $18,000 per month for consulting services in the fourth quarter of 2004. [21] In 2002 and 2003, Payne helped the NDN develop a strategy and infrastructure for the progressive movement. [22] Payne takes credit for naming the effort “Phoenix Group,” because she was reading a Harry Potter book at the time. [23]

In his 2008 book, The Argument: Inside the Battle to Remake Democratic Politics, writer Matt Bai describes Payne as a natural fundraiser who spoke quickly and bluntly, and “had a Southern brunette charm that enabled her to get away with the kind of frontal assault on a person’s wallet that would have seemed ill mannered coming from someone else.” Additionally, Payne “wanted to be a player among the wealthy, not merely a conduit or a functionary. The [Rob Stein] slide show could help get her there.” [25]

Payne pitched to wealthy liberal operatives such as Clinton fundraiser Alan Patricof and Jonathan Soros, the son of billionaire George Soros. In December 2003, Payne organized a meeting of New York’s top progressive donors to see the slide show and discuss the next steps in building a wealthy liberal alliance. Meeting attendees included George Soros, Peter Lewis, David Brock, Richard Holbrooke, and Jon Corzine. By 2005, the Phoenix Group had gained enough financial commitment to launch a stand-alone organization which would become the Democracy Alliance. At first the members wanted Payne and Stein to launch the group together; Payne, who assumed she would ultimately run the entire operation, became openly upset, engineered a rebellion among new staff hires, and urged backers to oust Stein. The donors grew tired of the infighting between Payne and Stein, and at their first full meeting in April, 2005, the donors completely severed Payne’s ties to the organization and demoted Stein to a board member. [26] Despite her acrimonious departure from Democracy Alliance, Payne today continues to promote herself as a co-founder. [27]

After she left Democracy Alliance, Payne spent the next three years working as a political strategist and consultant in New York. One activity included a series of monthly breakfasts for Democratic party operatives and contributors which Payne organized with help from former DNC finance chair Maureen White and Gail Furman, a longtime Democratic fund-raiser. [28] A 2016 article in Bloomberg described these breakfasts as being “where some of New York City’s movers and shakers would gather to hear a politician or elected official to speak.” [29] The invitation-only events known then as the Agenda Project Breakfast Series drew notable left-wing figures including Sen. Chuck Schumer (D-NY) and New York Times columnist Paul Krugman. [30]

One ad that drew notable attention was a 2010 video portraying a person resembling Rep. Paul Ryan (R-WI) pushing an elderly woman in a wheelchair off a cliff. [34] Payne explained the goal of the ad was to drive the news cycle by graphically showing how Ryan’s proposed budget would purportedly leave the country without Medicare. [35] The left-leaning Politifact called the ad “false.” [36]

From its founding in 2009 to 2012, The Agenda Project’s three-member board consisted of Payne, Charles Ledley, and Jamie Mai, who were the board secretary and treasurer, respectively. [37] Ledley’s and Mai’s investment strategies turned $110,000 into $130 million and served as the backdrop to the Great Recession-inspired film, The Big Short. [38] Mai remained as the board treasurer and Payne’s only other board member in 2013 and 2014. [39]

Payne served as the Agenda Project’s president until December 2015, when she announced that communications director Erik Altieri would be the organization’s next president, while she would stay on as an advisor and a member of the Board of Directors. [42] Also in 2015, Morris Pearl, a former BlackRock director, assumed the position of treasurer of the board of both Agenda Project nonprofits. [43] Tax records show that Payne’s husband, Gene Haigh, joined the Agenda Project Action Fund’s board of directors as secretary. [44]

In September 2020, Payne held a conference call with Patriotic Millionaires regarding a potential nominee for the Supreme Court after the passing of Justice Ruth Bader Ginsburg. Payne presented a strategy for the Democratic Party. She expressed her desire for the party to combat the nomination by “mak[ing] this an unbelievably painful process for Senate Republicans” and “kick[ing] the f— out of” Democratic senators who do not fight the nomination. Payne stressed that the Democrats should not let the media portray the confirmation process as something routine and normal. “I think I manipulate the media better than anyone else on this phone call,” Payne added. [49]

Patriotic Millionaires sent a letter presenting its outline of a proposed strategy to all Democratic senators, comprised of recommendations such as: “Boycott the confirmation hearings entirely;” “Block the typically-proforma ‘Unanimous Consent’ agreements that set the daily schedule and the terms of conduct for Senate business, including any resolutions to adjourn the Senate;” and “Repeatedly force your Republican colleagues to produce the quorum of 51 Senators necessary to conduct Senate business on their own.” [50]

In 2008, Payne wrote a book called The Practical Progressive: How to Build a 21st Century Political Movement. [53] A quote from Jonathan Alter of Newsweek, who called Payne’s book “a blueprint for a progressive conspiracy to help save the country” appears in numerous interview profiles of Payne. [54]

An author profile on Payne for HuffPo states that Payne is also the editor of Next Left: The Unofficial, Incomplete and Utterly Biased Guide to the New Progressive Infrastructure, billed as “the first and only guidebook for progressive donors.” [55]

Payne was deposed by the U.S. Senate Committee on Governmental Affairs as part of its investigation into a DNC fundraising scandal in 1995 and 1996 that resulted in $44 million for the Clinton/Gore campaign in excess of legal spending limits. [56] Payne also submitted an affidavit to the U.S. House Committee on Government Reform and Oversight as part of its parallel DNC fundraising investigation, Conduit Payments to the Democratic National Committee. [57]

Payne’s role in the fundraising scheme involved an alleged quid pro quo in late 1995 between President Bill Clinton’s veto on a tort reform bill and powerful Texas trial lawyers with whom Vice President Al Gore had recently had dinner in Houston. [58] Two days after the dinner, Payne gave memos to Gore, known as call sheets, suggesting the Vice President call some of the lawyers at the dinner and ask each of them to give the party $100,000. [59] Two weeks later, Payne gave a similar call sheet to then-DNC chairman Donald Fowler which included a script for Fowler to use in a call to multimillionaire trial lawyer Walter Umphrey, who was the lead lawyer for the state of Texas. [60] TIME magazine obtained the call sheet and reported the script clearly suggested a quid pro quo between the president’s impending veto and a contribution: “Sorry you missed the Vice President: I know [you] will give $100K when the President vetoes tort reform, but we really need it now. Please send ASAP if possible.” [61]

In 2004, the left-leaning Campaign Legal Center filed a complaint with the Federal Elections Commission against the New Democrat Network for making and failing to report excessive contributions to the DNC and to the John Kerry for President Political Action Committee. [62] The FEC investigated, but in 2007 declined to prosecute the NDN or its founder, Simon Rosenberg. [63]

Eugene “Gene” Haigh is Payne’s husband. Haigh is secretary of the Agenda Project’s board of directors, which was founded by Payne. [64] Haigh is also a registered lobbyist for Patriotic Millionaires, which Payne also founded. [65]

Erik Altieri was named president of the Agenda Project in 2015, following seven years as Communications Director. He previously worked as a lobbyist for the National Organization for the Reform of Marijuana Laws (NORML). [66]

Morris Pearl is a former BlackRock director who now serves as treasurer of both Agenda Project nonprofits. [67] Pearl also chairs the Patriotic Millionaires. [68]