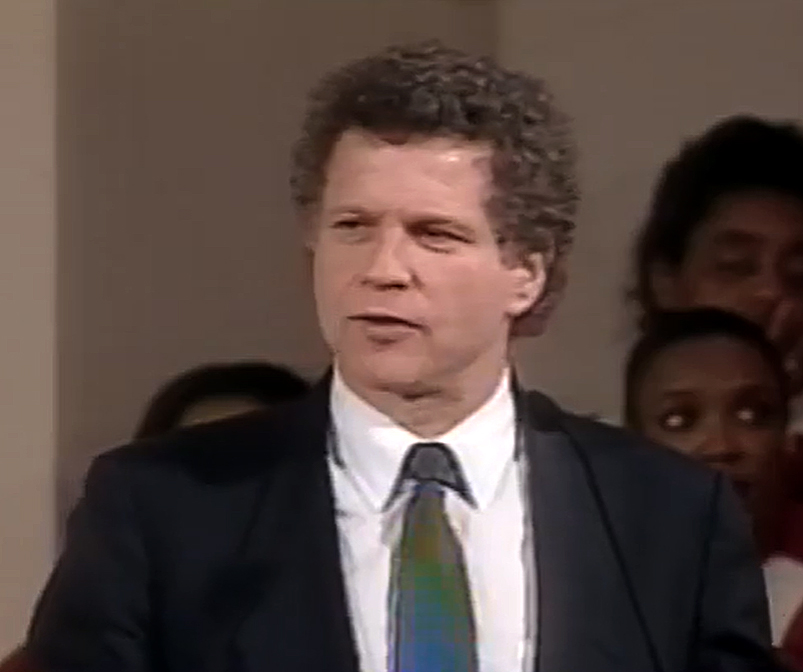 Rob Stein was a Democratic political operative best known as a co-founder of Democracy Alliance, a collective of left-of-center donors seeking to establish a permanent “left infrastructure” since 2004. Stein formulated the strategic vision for the organization and also helped found its-state based counterpart, Committee on States. In addition to sitting on the Democracy Alliance’s Board of Directors, Stein also sat on the board of Fulcrum, a nonprofit digital news platform.

Rob Stein worked as an attorney from 1968 until 1978, when he began working for various nonprofits, including Clergy and Laity Concerned, a New York-based group formed by the left-progressive National Council of Churches. [2]

In 1989, Stein began his career working for Democrat politicians when he became a senior strategist for then-Democratic National Committee Chairman Ron Brown. [3] He left the post to work for the Washington office of the Clinton-Gore presidential transition team. Then Stein served as the Chief of Staff of the Department of Commerce under President Bill Clinton. [4]

In 1995, Stein left politics for six years to work as a private equity investor. [5]

In the early 2000s, Stein became concerned about the conservatives’ advantage raising issue-based and party-committee ‘soft money,’ especially after the Republicans took control of Congress in 2002. Based on reading through hundreds of tax returns and third-party reports on nonprofits, Stein concluded that the well-organized, large scale funding of conservative nonprofits had propelled the Republican party to Congressional dominance in the 1990s, and then the presidency in the 2000s. Stein designed a PowerPoint presentation, “The Conservative Message Machine Money Matrix,” and traveled the country meeting with more than 700 Democratic donors[6] to explain his findings. [7][8]

Stein said: “I made the case [to wealthy liberal givers] that we need to get better organized, because right now we suck.” [9]

Stein’s Powerpoint argued that conservative donors had spent 30 years building a non-profit network that used $300 million annually to promote their agenda. A handful of donor families and foundations, including the Scaifes, Bradleys, Olins, Coors, and Kochs funded activist groups, think tanks, and voter-mobilization organizations which combined to sway the American electorate toward the Republican Party. [10]

While liberal donors spent comparable sums each year, their organizations lacked cohesion and cooperation to amplify individual efforts. [11] As Stein met with donor groups, he said:

There was an unbelievable frustration… among the donor class on the center-left, with trying to one-off everything – with every single one of them being a ‘silo,’ donor and not having the ability to communicate effectively through a network. [12]

Stein’s proposed solution was to create a network of liberal donors and non-profits to counter-act existing conservative efforts. He argued that liberal donors had been overestimating the impact of campaign contributions compared to ‘soft money’ nonprofit donations. [13][14]

In the 2004 election cycle, Democratic billionaire donors spent tens of millions on efforts to rally voters against the re-election of President George W. Bush through organizations like Americans Coming Together. Surprised by their defeat, a small group of mega-donors, including George Soros, Peter Lewis, and Herb Sandler, met in San Francisco in 2004 to discuss long-term plans for remolding the Democratic party and reinvigorating voters. [15]

The next year, a larger group of 70 donors were invited to Phoenix, AZ to hear Stein’s presentation and to formulate an ongoing strategy. The conference was organized by Simon Rosenberg, the founder of the New Democrat Network and the New Policy Institute, and Alan Patricof, an influential venture capitalist. [16]

Based on the strategy outlined at the conference, the “Phoenix Group” created Democracy Alliance as a centralized organization that directs funding to a national network of left-of-center nonprofits. As a unifying force, Democracy Alliance would share data and coordinate efforts to establish a “left infrastructure” that would sway the American electorate toward the Democratic Party. [17]

Democracy Alliance was incorporated on January 4, 2005 as a “taxable nonprofit,” rather than a 501(c) tax-exempt organization. [18] The organization acts as a coordination center to manage national strategy and attract funds, with each of its “partners” donating at least $200,000 per year. The group identifies dozens of left-of-center nonprofits[19] making strategically valuable gains, and encourages its partners to donate funds accordingly. Since 2014, Democracy Alliance has channeled more than $600 million. [20]

Stein sat on Democracy Alliance’s Board of Directors as of January 2021. [21]

After Stein passed away in May 2022, The New York Times quoted Democratic operative David Brock as saying that the Democracy Alliance “changed the way people thought about their philanthropy,” and that “it was revolutionary for our side, and over the last 20 years it was the sole reason why sustainable Democratic infrastructure got built.” Brock remarked that Media Matters for America, which he founded, and its affiliated groups were on track to spend $100 million during the 2022 election cycle, and that none of that would have been possible without Stein and the Democracy Alliance.[22]

Stein has written numerous op-eds for the HuffPost on a range of political topics, including his endorsement of President Barack Obama, liberal nonprofit strategy, and criticisms of President Donald Trump. [24]