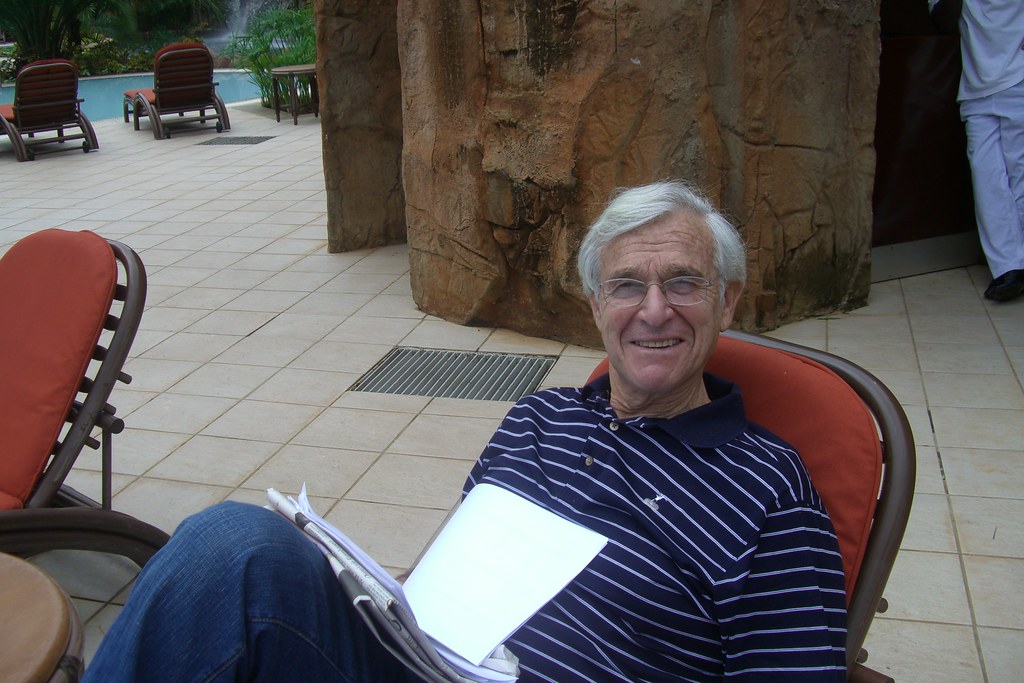 Alan Patricof is a Democratic donor and fundraiser. He made his fortune as a pioneer in venture capitalism and private equity firms.[1] He has been a strong supporter of Bill and Hillary Clinton, contributing to and holding fundraisers for their political campaigns[2] and the Clinton philanthropies.[3] Patricof has also defended Hillary Clinton’s Wall Street ties, particularly the $35 million in speaking fees the Clintons received from financial institutions.[4]

Patricof was allegedly a target of Russian spies in 2009 and 2010 while Hillary Clinton was secretary of state. Alleged Federal Security Service (FSB) agent Lidiya Guriyeva, known to Patricof by the alias Cynthia Murphy, did financial work for Patricof and attempted to learn what he knew from Clinton about Obama’s foreign policy.[5] Patricof was not implicated in any wrongdoing.

In 2018, Patricof started the House Victory Project with other donors to fund Democratic candidates in competitive districts in order to return the House of Representatives to Democratic control.[6]

Born in 1934 and reared in New York City,[7] Patricof received his B.S in finance from Ohio State University in 1955 and an M.B.A. from Columbia University in 1958. He worked for Central National Corporation, which managed private family investments.[8] He started working with the smaller companies that other managers had ignored.[9]

When APAX’s other partners and investors wanted to focus on less risky investments, Patricof founded Greycroft, a group of venture capital funds, in 2006.[12]

Patricof has supported Bill and Hillary Clinton and other Democrats since at least the 1992 election cycle. He was chairman of Entrepreneurs for Clinton in 1992.[13] He and his wife, Susan, donated $90,250 in support the 1992 and 1996 Clinton campaigns and stayed as overnight guests in the White House, as Clinton donors often did.[14] Patricof served as Hillary Clinton’s finance chair in 2000 when she ran for senator from New York.[15]

In 2004, Patricof initially backed the candidacy of retired General Wesley Clark in the Democratic primaries. He contributed to a fund which produced ads attacking Vermont Gov. Howard Dean (D) before the Iowa Caucuses. The fund did not disclose its donors until nine days after the Caucuses.[16] Once Sen. John Kerry (D-Massachusetts) won the nomination, Patricof raised money for him,[17] including hosting a fund-raising party for 800 people at his home in the Hamptons where the minimum entry fee was $1000.[18]

Patricof supported Sen. Hillary Clinton (D-N.Y.) in the 2008 Democratic primaries.[19] He signed on to a letter with other Clinton supporters demanding that then-House Speaker Nancy Pelosi (D-California) stop backing Sen. Barack Obama (D-Illinois) in the primaries, threatening not to contribute to Democratic House candidates.[20]

In 2010, the FBI arrested a person calling herself Cynthia Murphy, an accountant employed by Morea Financial Services[21] who did work for Patricof, on espionage-related charges.[22] Murphy, an alleged agent of Russia’s FSB whose real name was Lidiya Guriyeva, was trying to develop a more personal relationship with Patricof to obtain inside knowledge of Obama administration foreign policy Patricof might have obtained through his friendship with then-Secretary of State Clinton. Patricof denied discussing politics, government, or foreign policy with Murphy/Guriyeva and was never accused of any illegal activity in this matter.[23]After Clinton left the State Department, Patricof and his wife donated between $100,000 and $250,000 to the Clinton Foundation.[24] They chaired a fundraiser for the Clinton Foundation in 2013.[25]

In 2014, Patricof hosted a fundraiser to help retire the Democratic National Committee’s debts. The 26 attendees paid $32,400 each.[26] In 2015, the Patricofs hosted a pancake breakfast fundraiser at their house in the Hamptons for Clinton’s presidential campaign.[27]

Before the 2016 primaries, when the $35 million the Clintons made giving speeches to the financial industry between 2001 and 2015 became an issue,[28] Patricof defended the Clintons saying “there was a set period of time” when Clinton “had to maximize her earning potential.”[29] After she won the nomination, he acknowledged that Clinton’s big-money Wall Street connections had been kept quiet during the primary to avoid scrutiny from the rival campaign of far-left Sen. Bernie Sanders (I-Vermont).[30] Patricof later vouched for Clinton’s overall health after an incident in which Clinton, reportedly suffering from pneumonia, was caught on tape being lifted into a campaign vehicle after attending a 9/11 commemoration in New York.[31]

After the 2016 election, Patricof frequently criticized President Trump on Twitter. For example, he condemned the Trump administration’s reversal of Obama’s policies (April 26, 2017) and accused him of being “delusional on top of distorting facts” (February 19, 2018). [32]

In June 2018, Patricof announced the formation of the House Victory Project, a fundraising committee with the set purpose of returning the House of Representatives to Democratic control by supporting Democratic candidates in swing districts. The fund required each donor to contribute at least $108,000.[33]