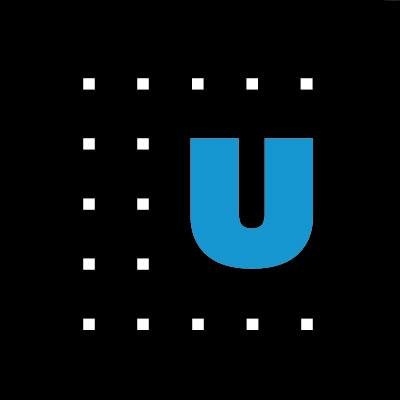 This is the logo of the Urban Institute. (link)

The Urban Institute is a non-profit that was originally founded by President Lyndon Johnson and group of his handpicked cohorts to provide research supporting his administration’s liberal entitlement programs.[1]

The organization has since expanded its scope beyond its founding mission to become a general public policy research organization that investigates social and economic issues through 11 different specific policy centers and 13 cross-center initiatives.[2]

A number of different sources including the Hill,[18] Huffington Post,[19] Forbes magazine,[20] and the left-wing group Fairness and Accountability in Reporting[21] have labeled the Urban Institute a liberal or left-leaning think-tank.[22]

The Urban Institute partnered with the liberal Brookings Institution to create the Tax Policy Center. [23] On multiple occasions the center’s analysis of Republican tax proposals has been met with criticism. In reference to the party’s 2017 tax reform proposal, the Wall Street Journal called the Urban Institute’s analysis “propaganda” that “trashes GOP reform without evidence.”[24]

Data compiled by the Center for Responsive Politics shows that between 1990 and late 2017, Urban Institute employees had given nearly $300,000 to Democrats and only $750 to Republicans.[26]

In keeping with its founding by Democratic politicians, the Urban Institute’s research has consistently supported liberal policies.

The Urban institute is a staunch defender of the healthcare system created under Obamacare. The Urban Institute scholars assert that there needs to be a “clear enforcement of the individual mandate” [29] and created research that supports Obamacare’s Medicaid expansion.[30]

Urban Institute researchers argue in support of a “robust institutional and regulatory environment” concerning environmentalist policy.[31] Their researchers have supported a carbon tax on greenhouse gas emissions, “regardless of source,”[32] costing taxpayers an estimated $1.2 trillion over its first decade.[33]  Researchers would then use the revenue from the carbon tax to subsidize handouts to environmentalist-supported energy sources.[34]

Urban Institute researchers wrote an article calling for social support programs that confront ethnic inequity in access to economic and social mobility.[35] Urban Institute argues that there is not enough affordable housing in the U.S. and that government handouts such as rental vouchers, and tax credits to builders are essential to help build more affordable housing. [36]

Urban Institute has faced numerous challenges to the merits of its research.

In one notable instance, Mark Warshawsky, a Research Fellow at the George Mason Universities Mercatus Center, found that models used by the Urban Institute suffered “from a policy bias.”[38] Warshawsky argued that the Urban Institute’s research materials were “incomplete and sometimes even opaque in key areas and assumptions,” which made them tough if not impossible to replicate.[39]

The Urban Institute’s Tax Policy Center released a preliminary estimate on the GOP’s tax plan that is “impossibly specific” [40] given that it excused critical parts of a tax plan, such as the income ranges for the individual brackets. [41]  The Wall Street Journal said that their analysis is “Tax Policy Center Propaganda” that “trashes GOP reform without evidence.”[42]

Foundations, Government agencies, corporations and individuals give to the Urban Institute via grants used to support the Institute’s Policy Centers.[43]

Initially the Urban Institute was “funded almost entirely by federal grants and contracts.”[47] During the Reagan Administration, the Urban Institute saw a considerable cut in federal funding from $12 million in 1980 to $3 million in 1982. To fill the financial hole liberal groups like the MacArthur, Ford, Carnegie, and Mellon Foundations “stepped in and helped fill the gap” in funding.[48]

However, in recent years, federal funding for the Urban Institute has increased and in 2016, federal government funding was the largest source of revenue for the organization, providing about 43.6% of the Urban Institute’s operating funds whereas funding from private foundations comprised 40% and revenues from nonprofits, corporations and corporate foundations, state and local governments, international organizations and foreign entities, individuals, and Urban’s endowment comprised the rest.[49]

Other left-wing donors who have given to Urban Institute include[58]:

Sarah Rosen Wartell is the current president of Urban Institute. She previously served as “President Bill Clinton’s deputy assistant for economic policy and the deputy director of his National Economic Council.”

The Urban Institute’s current Board of Trustees is comprised of 25 members, chaired by Clinton administration Deputy Attorney General Jamie S. Gorelick and vice-chaired by Freeman A. Hrabowski III and Jeremy Travis.[59]

Of the Board’s 25 members, at least seven have worked in either the Clinton or Obama administrations. [60]