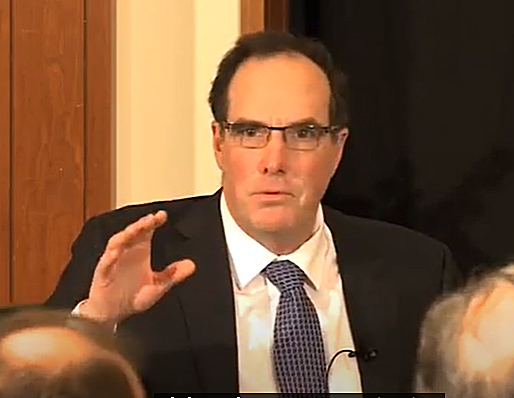 Adam Abram is an insurance executive and left-of-center political activist. He is the Chief Executive Officer of James River Group, a major network of insurance companies. He sits on the boards of left-of-center organizations Urban Institute and Human Rights First and is reportedly a member of the Democracy Alliance. He donated more than a hundred thousand dollars to Democratic Party political candidates, co-hosted a fundraiser with Michelle Obama, and contributed thousands to help elect President Barack Obama. [1]

Abram was appointed by North Carolina Governor Rory Cooper (D) as the chair of the Board of Directors for the North Carolina Housing Finance Agency. [2] Abram’s other dealings with Democrats in North Carolina extended to donating $11,000 to the election of former state Treasurer Janet Cowell. Cowell’s close relationship with donors like Abram extended to receiving a seat on the board of James River Group. Cowell had corresponded directly with Abram about the position while Abram was serving on the board of a North Carolina-based bank that was regulated by Cowell within her responsibility on the state’s banking commission. [3]

Abram has come out frequently in the media advocating for left of center political positions. He produced a video opposing Amendment One in North Carolina which sought to establish a constitutional amendment that would bar the state from legally recognizing relationships between same-sex couples as marriage. [4]

Abram has written arguing against the use of photo identification as proof of identity for voting as he claims it denies voting privileges, particularly to people of color, the impoverished, and the elderly. Abram wrote that voting should be like paying taxes and registering for the draft: a legal, mandatory duty. [5]

In November of 2019, North Carolina Governor Roy Cooper (D) appointed Abram to chair the Board of Directors for the North Carolina Housing Finance Agency. Abram will lead the organization in spending state and federal taxpayer monies for affordable housing within the state of North Carolina. [6]

Abram founded and led corporations like Piedmont Community Bank Holdings, and the James River Group where he currently serves as the Chief Executive Officer and Chairman. [7] James River Group has faced criticism for poor quarterly results in mid-2019 in which it suffered stock declines due largely to difficulties related to insuring Uber. [8]

Abram is a member of the left-of-center donor convening Democracy Alliance,[9] is board chair emeritus for Duke University’s Sanford School of Public Policy, sits on the board of directors of Human Rights First, and is a trustee of the Urban Institute. [10]