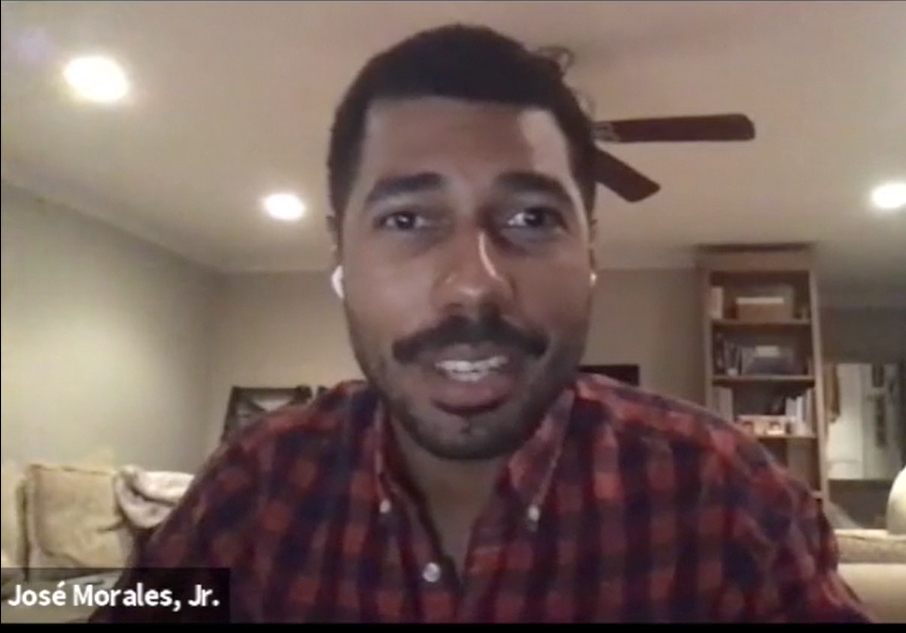 Jose Morales Jr. is the deputy director of voter protection at Fair Fight Action, a left-of-center voter activation nonprofit created by Georgia Democratic politician Stacey Abrams, who lost the 2018 Georgia gubernatorial election and persisted in denying the fact of her electoral defeat. [1][2]

After the 2020 election, he served on the Biden-Harris Transition Team reviewing the selection of political appointees for the Department of Justice. [3]

Jose Morales is the deputy director for voter protection at Fair Fight Action, an organization founded by Georgia Democratic politician Stacey Abrams to get out the vote for Democratic candidates and oppose most election-integrity rules such as maintaining updated voter registration rolls and voter ID requirements. The organization focuses on elections in Georgia but also around the country. [4]

Morales said in October 2020 the term “voter fraud” is an excuse to creating “barriers” to voting. He said voter suppression includes insufficient options to submit a vote in some locations, cleaning of voter registration rolls and long wait times at polling locations. He said voter suppression is widespread “because your vote is extremely powerful. The very act of stuffing that bad boy in an envelope and sending it is extremely powerful and a threat to [politicians’] very existence.” [6]

After the 2020 election of the Democratic ticket of Joe Biden as President and Kamala Harris as Vice President, Morales became part of the Biden-Harris Transition Team, serving on the agency review team for selecting Department of Justice political appointees for the incoming administration. [7]

This review team was charged with evaluating and selecting incoming staff not only for the Justice Department, but also for the Federal Election Commission, the U.S. Election Assistance Commission, the Commission on Civil Rights, the National Council on Disability, the United States Access Board, AbilityOne, the State Justice Institute, and the Legal Services Corporation. [8] Of those agencies, the FEC, EAC and Commission on Civil Rights play a role in election law and administration, and could be applicable to Morales’s role at Fair Fight Action.

Before coming to Fair Fight Action, Morales was national constituency director for former South Bend, Indiana, Mayor Pete Buttigieg’s 2020 campaign for the Democratic presidential nomination. Morales held this position from May 2019 to March 2020. [9]

Before working for the Buttigieg campaign Morales worked for more than two years at the National Democratic Redistricting Committee, a group dedicated to drawing up more favorable congressional maps and state legislative district maps for Democrats. The group was founded by by former Attorney General Eric Holder. Morales joined the organization in February 2017 as director of special projects. In January 2018, Morales became the community engagement and projects director for the National Democratic Redistricting Committee, and held the job until his May 2019 departure. [10]

Before that, Morales worked for the New Organizing Institute, a liberal group of trained digital organizers and campaigners promoting Democratic campaigns and progressive political causes. The Washington Post called this group “the Democratic Party’s Hogwarts for digital wizardry.” [12] Morales started at the New Organizing Institute in September 2013 as an events fellow. From January 2014 to February 2015, he was a programs associate. [13]

Morales is a 2013 graduate of American University, where he earned a Bachelor’s degree in political science and sociology. [14]

He was a fellow for public policy and international affairs at the Carnegie Melon University in summer 2012. [15]