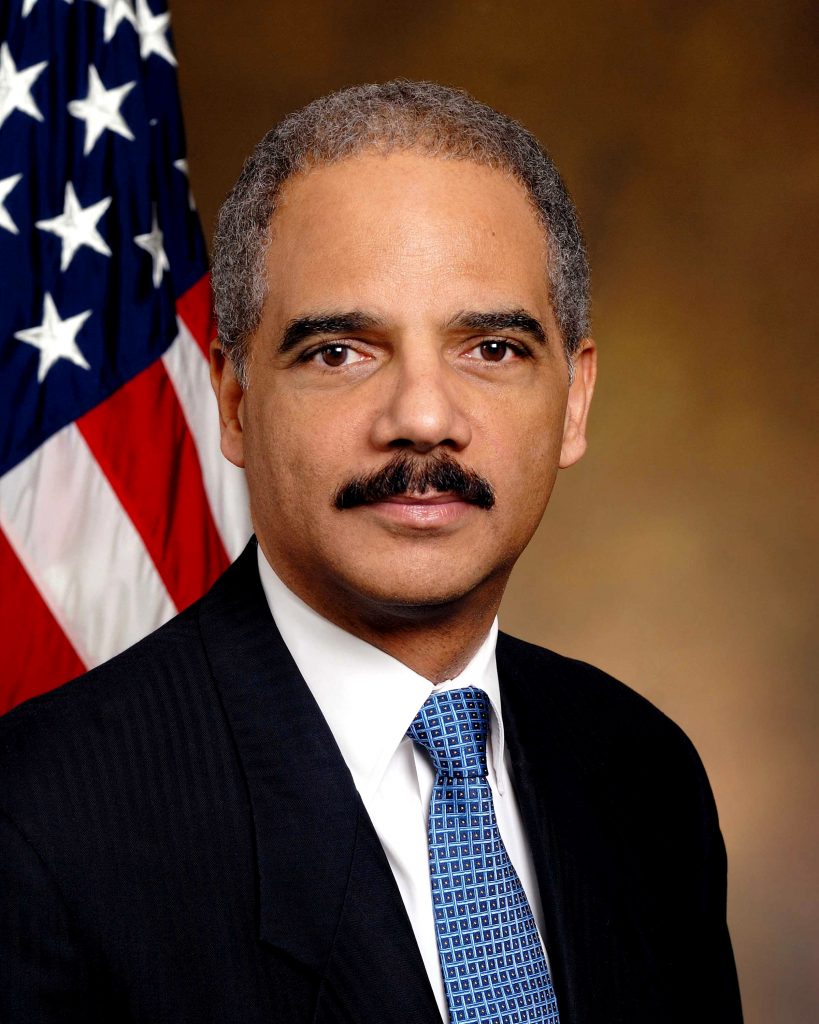 Eric Himpton Holder Jr. is an American attorney who served as the 82nd Attorney General of the United States from 2009 to 2015. Holder, serving in the administration of President Barack Obama, was the first African American to hold the position of U.S. Attorney General.

Holder is chairman of the National Democratic Redistricting Committee (NDRC), a 527 political action committee created to help Democratic Party candidates obtain majorities in the U.S. Congress ahead of the 2020 census.

In October 2018, the Washington Post reported Holder calling for “a meaner, more combative approach” to campaigning by Democrats. Holder said: [1]

“No, no,” Holder says. “When they go low, we kick ’em. That’s what this new Democratic Party is about.”

Holder later clarified his statement that was not eliciting “anything illegal.”

Support for Packing the Supreme Court

In March 2019, Holder told the Yale Law National Security Group that the next Democratic president should pack the U.S. Supreme Court. [2] When the former attorney general was asked how to respond to GOP successes in appointing judicial nominees, Holder suggested that Democratic members should “seriously consider adding two seats to the Supreme Court” if they took control of Congress and the presidency. [3]

As of March 2019, Holder is one of the most high-profile Democratic political figures to openly suggest court-packing as a strategy to maintain a left-wing influence in the judiciary branch of government. This sentiment is supported by Brian Fallon, the executive director of the left-of-center Demand Justice. [4]

In 2013, during the so-called “third wave of the opioid epidemic” in the U.S. caused by the importation of synthetic opioids like fentanyl, then-Attorney General Holder announced his office would no longer prosecute “nonviolent drug charges.” According to reports from New York narcotics officers, police could no longer develop high profile drug cases because they needed to start with low-level drug dealers. When Holder later made a public announcement about the increasing numbers of overdose deaths in March 2014, he neglected to mention the dangers of fentanyl. The executive branch would repeat this trend up until 2017, when fentanyl deaths far surpassed deaths from other opioids, including heroin. [5]