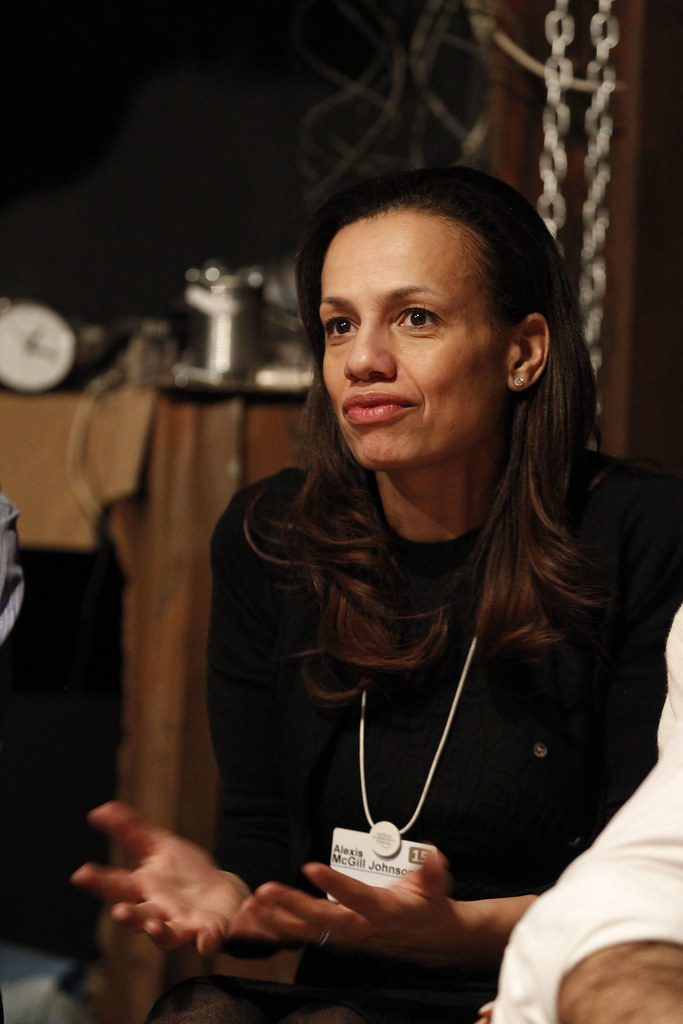 Alexis McGill Johnson is the acting President and CEO of the Planned Parenthood Federation of America. She entered the role on July 16, 2019 following the departure of Leana Wen. [1] Johnson is the co-founder and co-director of the left-of-center Perception Institute and served as the executive director of Citizen Change during the 2004 presidential campaign. [2]

Johnson serves on the boards of left-of-center groups including Color of Change, Revolutions Per Minute, and the Narrative Initiative. [3]

Johnson said she joined Planned Parenthood as an activist after seeing a pro-life billboard in New York City that read “the most dangerous place for an African American is in the womb.” [5][6] Johnson said those that put up the billboard were filled with “hate and anger” and claimed the message implied that black women could not think for themselves. [7]

Johnson was present for the rollout of the Women’s Health Protection Act of 2013. [8] The bill would have increased access to abortions through limiting the regulations states could implement on abortion providers. [9] The bill’s main sponsor was Senator Richard Blumenthal (D-CT) and had 34 other co-sponsors, all Democrats, including Senator Elizabeth Warren (D-MA), Senator Bernie Sanders (D-VT), and Senator Chuck Schumer (D-NY). [10]

Johnson was the executive director of Citizen Change during the 2004 election. [18] Recording artist Sean Combs, best known by the stage names “Diddy” and “P. Diddy,” started Citizen Change to boost youth and minority turnout and used the slogan “Vote or Die” to promote his message. [19]

In a 2010 interview with “The Young Turks” about the “Vote or Die” campaign, Johnson mocked religious conservatives. While Johnson was discussing how the campaign affected youth turnout in the 2004 election, host Cenk Uygur said that conservatives would not believe her numbers because “they hate science.” [23] In response, Johnson laughed and said “actually, God gave me those numbers.” [24]

Johnson serves on the board of Color of Change, a left-wing online organizing organization founded by Van Jones and James Rucker to be “MoveOn for black people.” [25] Color of Change pushes a left-wing agenda of higher taxes,[26] government-run socialized healthcare,[27] and gun control. [28]

Revolutions Per Minute (RPM) also counts Johnson as one of its board members. [29] RMP connects artists with left-of-center non-profits that they want to help with through ticket add-ons, concert proceeds, and promotional campaigns. [30] Left-of-center groups that support RPM include the Ford Foundation, New Venture Fund, and the Wallace Global Fund. [31]

Johnson also sits on the board of the Narrative Initiative, a project started by left-of-center groups Atlantic Philanthropies and the Ford Foundation. [32] Other Narrative Initiative board members include Ai-jen Poo, the executive director of the National Domestic Workers Alliance; Alvin Starks, a program director for Open Society Foundations’ U.S. Programs; and Sabell Rahman, the president of left-wing think tank Demos. [33]