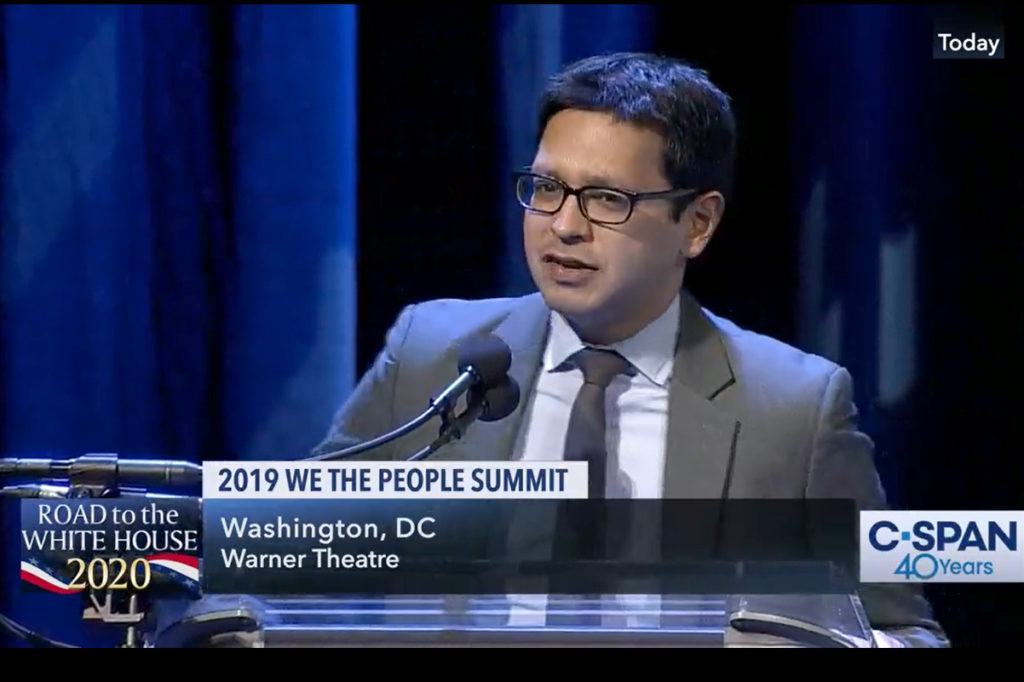 Sabeel Rahman is a left-of-center attorney, academic, and former nonprofit executive who works in the Biden administration as a senior counselor in the Office of Information and Regulatory Affairs (OIRA) at the U.S. Office of Management and Budget.

Rahman was previously the executive director of Demos, a staunchly left-of-center advocacy group. While working in the Biden administration, Rahman is on leave as an associate professor of law at Brooklyn Law School. He has also worked for left-leaning groups such as the Roosevelt Institute and New America, and briefly worked as an analyst at OIRA during the Obama administration. [1] [2]

Prior to attending law school, Rahman worked as a research assistant at the Federal Reserve Bank of New York and as an associate at the consulting firm McKinsey and Company. During law school he worked as a research assistant at the U.S. Office of Information and Regulatory Affairs and was a Lewis Reginald Fellow at Harvard Law School. He also served as a fellow for New America from 2015 to 2017 and at the Roosevelt Institute from 2011 to 2018. [3]

In 2015, Rahman became an associate law professor at the Brooklyn School of Law, a position he still holds from which he is on leave while working in the Biden administration. He has taught courses in Administrative Law, Constitutional Law, and Law and Inequality. [4]

Sabeel Rahman has published several academic articles and a 2017 book, Democracy Against Domination, promoting left-of-center economic redistribution policies. [5] He also has published articles and delivered presentations for left-of-center groups including the American Constitution Society, the Center for Popular Democracy, the Open Society Foundations, and the Brennan Center for Justice. [6]

From 2018 until 2021, Sabeel Rahman was the president of Demos, a New York City-based left-wing public policy advocacy group founded in 2000 that advocates for a staunchly liberal agenda. Demos has close ties to the wing of the Democratic Party associated with Sen. Elizabeth Warren (D-MA) and the left-wing progressive movement, advocating a far-left agenda. The organization signed a petition supporting the Green New Deal. [7]

While president of Demos, Rahman led the organization to work on left-of-center causes including election administration policy, technology policy, and pro-labor union policies. Rahman presented on behalf of Demos at the 2019 House Democrats Issues Conference in a presentation titled “Uniting Working Men and Women Behind a Democratic Agenda.” [8]

In January 2021, Sabeel Rahman joined the Biden administration as a senior counselor at the Office of Information and Regulatory Affairs (OIRA) at the Office of Management and Budget (OMB). Demos praised Rahman’s potential to “play a powerful role” in enacting left-of-center federal policy and regulation in his role at OIRA. [9]