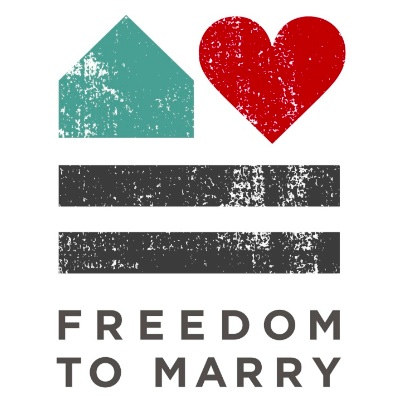 FTM received significant financial support from some of the world’s largest businesses, including the broadcasting conglomerate Comcast and the sportswear giant Nike, and from dozens of the most influential left-of-center philanthropic institutions in the United States, including Arcus Foundation, Proteus Fund, and the Evelyn and Walter Haas Jr. Fund. The Open Society Network, the international grant making collective of billionaire activist George Soros, also backed FTM. In addition, the campaign received a small donation from Ivanka Trump and Jared Kushner, the daughter and son-in-law of Donald Trump, and large contributions from Republican donors Peter Thiel and Paul Singer. [2]

The FTM international campaign, which alumni of the group initiated after 2015, is supported by Tides Advocacy, an activism and fiscal sponsorship entity associated with the Tides Nexus collective of left-of-center philanthropic organizations. [3]

Freedom to Marry traces its origins to what it calls the “dawn” of the modern same-sex and transgender activism, the 1969 Stonewall riot, when patrons of a gay bar run by a New York City organized crime ring rioted when police officers executed a warrant at the establishment. The incident catalyzed lesbian, gay, bisexual, and transgender (LGBT) activism across the country, and gay couples in several states filed legal challenges seeking the ability to marry legally. At the time, all these lawsuits were rejected. [4] [5]

In 1983, future FTM president Evan Wolfson wrote a thesis at Harvard Law School that claimed that limiting marriage to one man and one woman was a form of “state-sponsored discrimination.” Wolfson argued that the LGBT movement should appropriate the “resonant vocabulary” of traditional marriage, particularly that of love, commitment, and freedom. A decade later, the Supreme Court of Hawaii granted what FTM called a “game-changing victory” when it ruled that same-sex marriage should be legal. However, proponents of limiting marriage to opposite-sex couples — whom FTM labeled “anti-marriage opponents” — appealed the ruling, and a referendum succeeded in passing an amendment to the state constitution that defined marriage as being between a man and a woman. Multiple other states implemented similar laws, and in 1996, Congress passed the Defense of Marriage Act, which was signed by Democratic President Bill Clinton. FTM claimed that passing the law was an “election-year tactic” that allegedly denied Americans the chance to “consider the question of marriage for same-sex couples.” [6]

In 2001, Wolfson first began working with the Evelyn and Walter Haas Jr. Fund on a campaign to advance a pro-gay agenda. That year, Haas Jr. allocated a $2.5 million grant towards the project, and in 2003, Freedom to Marry was officially launched. In 2005, following a series of victories by opponents of recognizing same-sex marriages during the previous year’s election cycle, the American Civil Liberties Union (ACLU) began to partner with FTM. Three years later, the ACLU, with the LGBT legal activist groups Lambda Legal and the National Center for Lesbian Rights, secured a win from the California state Supreme Court, which ruled that same-sex marriage was legal. Within a year, however, California voters passed Proposition 8, a ballot measure amending the state constitution that would prevent recognition of same-sex marriages. [7]

Freedom to Marry viewed the election of President Barack Obama in 2008 and the accompanying increase in activist energy on the left as an opportunity to pressure Democratic Party leaders into openly supporting same-sex marriage. In 2011, the movement scored a significant victory in New York when the state legislature voted to recognize same-sex marriages and Governor Andrew Cuomo (D) signed the bill into law. FTM touted the support of right-of-center influencers such as long-time Republican donor Paul Singer, as well as several “top Wall Street executives.” That year, FTM also began to see results from lobbying the Obama administration, which issued a statement claiming that the 1996 Defense of Marriage Act was unconstitutional and that the federal government would no longer defend it in court. Administration officials such as Obama’s senior advisor Valerie Jarrett would continue to meet with FTM president Evan Wolfson and other prominent LGBT-interest activists. The following year, the Democratic Party officially added support for same-sex marriage to its platform, and in 2013, the Supreme Court partially struck down the Defense of Marriage Act and ruled against California’s Proposition 8. FTM achieved its ultimate objective in 2015, when the Supreme Court struck down federal and state laws refusing to recognize same-sex marriage. [8]

Freedom to Marry Action was the lobbying and campaigning arm of FTM. From 2011 to 2015, FTM Action spent more than $1.6 million on pressuring legislators to sign onto the gay marriage agenda. [9] The organization targeted both Democratic and Republican lawmakers, and hired lobbyists with both left-of-center and nominally right-of-center backgrounds in order to create the perception that the same-sex marriage campaign was an organic effort with broad bipartisan support. [10] In the years leading up to the 2015 Supreme Court ruling, FTM Action was active in both state and federal politics. In 2012, the group donated $100,000 to a Washington state ballot campaign for recognition of same-sex marriages, joining major left-of-center institutions such as the Service Employees International Union, as well as corporate executives Bill Gates and Steve Ballmer of Microsoft and Jeff Bezos of Amazon, in the effort. The following year, FTM Action hired career Republican lobbyist Kathryn Lehman to pressure right-of-center members of Congress into supporting further pro-gay legislation at the federal level. [11] [12]

Freedom to Marry Global is a successor to FTM which aims to build on the success of the same-sex marriage campaign in the United States and push for the decriminalization and normalization of homosexuality in foreign countries. According to FTM Global, same-sex marriage is both an objective by itself and a tool for further mainstreaming of LGBT people. FTM alumni who have gone on to work on the global campaign include president Evan Wolfson and former research and messaging director Thalia Zepatos. The FTM Global project is housed at the Tides Advocacy left-of-center activism incubator. [13]

Evan Wolfson was the founder and president of Freedom to Marry. Throughout his career as a left-of-center activist lawyer, he was involved numerous cases related to LGBT issues, including the 1993 Hawaii same-sex marriage case, the unsuccessful attempt to compel the Boy Scouts of America into accepting gay members in 2000, and Obergefell v. Hodges in 2015. Since then, he has worked as a consultant to other left-of-center activist groups. He also manages the Freedom to Marry Global fund at Tides Advocacy, where he and other Freedom to Marry alumni push for the legalization of same-sex marriage in foreign countries. [14]

Dianne Abbitt was a member of the FTM board of directors. She has also sat on the boards of the National Organization for Women and the pro-LGBT pressure group Equality California, which she helped found. In addition to her left-of-center activist career, Abbitt has provided legal counsel to international corporations such as the petroleum firm ExxonMobil and the hospitality giant Hyatt. [15]

In 2015, its last full year of operations, Freedom to Marry generated just under $6.5 million in revenue. [16] Left-of-center philanthropist Jon Stryker and leading Republican Party donor Paul Singer of the Paul Singer Family Foundation each gave a total of at least $1 million to FTM, and libertarian investor Peter Thiel of the Thiel Foundation gave at least $100,000. The organization’s top corporate backer was the media giant Comcast, which donated at least $1 million. Other private-sector contributors included Skyy Spirits, Lush Cosmetics, and the sportswear brand Nike, all of which gave a minimum of $25,000. [17]