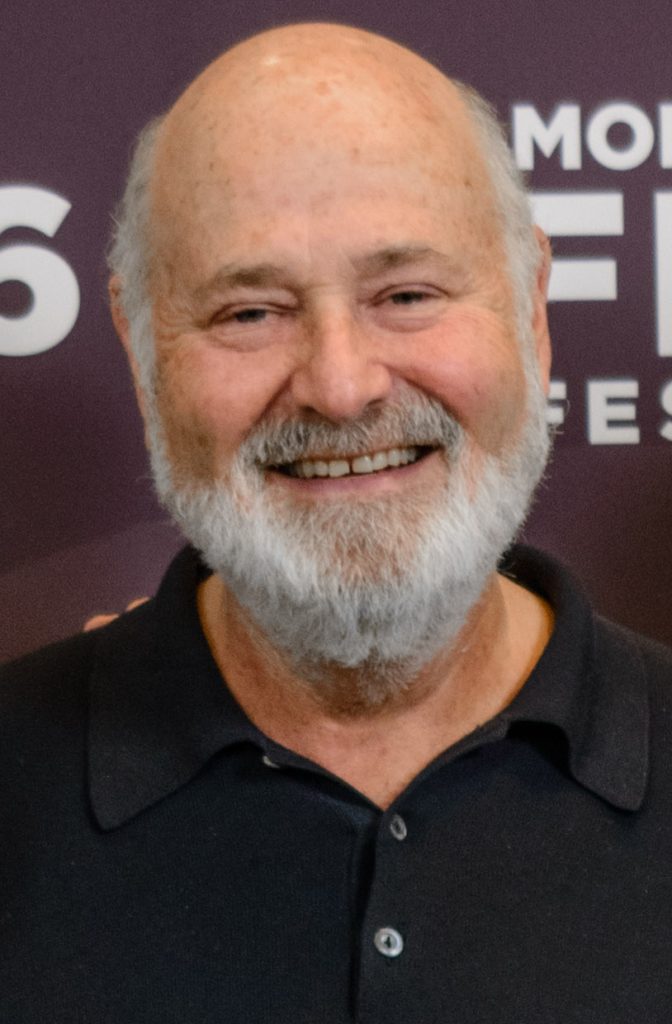 Rob Reiner is a Hollywood actor and filmmaker, perhaps best known for his portrayal as Mike “Meathead” Stivic on the 1970s-era television show “All In the Family.” He has since gone on to have a long career as an actor, director, and producer.[1]

Reiner has expressed his support for left-wing environmental policies,[7] pro-choice abortion positions, [8] and was a vocal Iraq war protester[9] who used a doctor’s note to avoid being drafted during the Vietnam War. [10]

Reiner has given hundreds of thousands of dollars to Democratic political candidates, [11] and reportedly helped to raise nearly $5 million for former Vice President Al Gore’s presidential run in 2000. [12] Conversely, he has been an outspoken opponent of conservative Republicans, comparing some of them to terrorists[13] and Nazis.[14]

Rob Reiner, the son of New York television personality Carl Reiner, moved with his family to Los Angeles at the age of 12. Reiner debuted on the big screen in 1967. Reiner’s first big career break came in 1971, when he assumed the role of Michael “Meathead” Stivic, the liberal, hippieish son-in-law of the stubbornly bigoted Archie Bunker on the hit TV sitcom All in the Family. Reiner won two Emmy Awards (1974 and 1978) for his portrayal. [15]

In 1984, Reiner launched his career as a film director. Reiner’s most successful film to date was the romantic comedy When Harry Met Sally in 1989. He also directed the acclaimed films Misery (1990) and A Few Good Men (1992), which was nominated for an Academy Award for Best Picture. [16]

Reiner opposed the Vietnam War.[17] Instead of facing the possibility of being drafted, Reiner convinced a psychiatrist to write him a note that said, “he’s crazy and would not be helpful to us in Vietnam” and took a draft deferment. He has said that if he had been drafted, he would have gone to jail to avoid serving.[18]

In the four decades since the TV show All in the Family went off the air, Reiner “has taken up cause after liberal cause himself as a director and political activist.”[19] Reiner has used his high profile and deep pockets to fund various political efforts.[20]

According to the conservative news organization CNS News, Reiner believes that “Hollywood has always been way out in front [politically],” giving him the platform to speak out on public policies.[21]

In his first ballot initiative in 1998 Reiner succeeded in passing a $0.50 per pack cigarette tax and then creating a mechanism for distributing the resulting $650 million a year to pre-kindergarten programs. Reiner then chaired the state commission for seven years that decided how that tax money was to be spent.[22] [23]

In 2001, Reiner formed a committee with other environmentalists to stop development plans at the Los Angeles area Ahmanson Ranch.[24] He’s also a supporter of the Alliance for Climate Protection and the American Wild Horse Preservation Campaign.[25]

Reiner is also a member of the Director’s Guild of America’s Social Responsibility Task Force, which seeks to address social issues through media.[28]

In 2006, Reiner was forced to quit his position as the head of the First 5 California Children and Families Commission after it was revealed that First 5 spent $23 million on a television, radio and newspaper ad blitz touting the benefits of preschool while Reiner simultaneously campaign for Proposition 82, [29] which would raise the income taxes of wealthy Californians by $2.4 billion to fund preschool for all of the state’s 4-year-olds.[30] California state Sen. Dave Cox (R-Fair Oaks) summarized, “First 5 used taxpayer dollars to fund political programs, which is frankly illegal.”[31]

Additionally, it was reported that First 5, under Reiner, awarded $230 million in public relations and advertising contracts to two firms that had worked to pass Proposition 10, the Reiner-sponsored 1998 initiative that created the $600 million per year tax to fund the First 5 program. [32] Reiner’s actions also led to an audit of the commission’s use of state funds.[33]

Reiner has been outspoken on numerous political issues and has on occasion written commentaries for the left-wing blog HuffPost.[34]

Reiner believes that “government really has very little to do with the economy” and that “the economy will take care of itself.” [35] Conversely, Reiner has been an advocate of progressive taxes. Reiner publicly supported a successful cigarette-tax initiative that collected $700 million per year for early-childhood education programs.[36] In 2005, he unsuccessfully pushed to raise California’s state income tax to the highest rate in the country, 12%, in order to fund socialized preschool.[37]

Reiner pushed President Barack Obama to “really focus on clean energy and having a real comprehensive energy policy” that would lead to green jobs and reduce the effects of climate change.[38]

Reiner supported then-Vermont Governor Howard Dean (D-Vermont) for President in 2004 because he was “the only major Democratic candidate speaking out against going to war without the support of the United Nations.” Reiner marched in an antiwar protest in Hollywood with actor Martin Sheen, another Dean backer.[39]

Rob Reiner is a strong supporter of abortion. He directed an ad that supported pro-abortion issues including government funding for Planned Parenthood.[40] He said that he was disappointed by Hillary Clinton’s 2016 loss, because “women have a greater love of life; they cherish life more than men do in a weird way, they’re not as easily willing to throw it away.”[41]

Reiner has compared the conservative “tea party” movement to both Hamas[42] and the Nazis.[43] Reiner supports decriminalizing all drug use, including opiate use.[44]

Rob Reiner has been consistently opposed to President Donald Trump. He used his first ever tweet in June 2016 to bash then-candidate Trump.[45] In 2017, Reiner formed The Committee to Investigate Russia, a website to publicize allegations against Trump related to Russian Government interference related to the 2016 elections.[46]

In 2017, after it was revealed that producer Harvey Weinstein had for decades allegedly sexually harassed, assaulted, and even raped actresses,[47] Reiner asserted without obvious evidence that President Trump’s behavior had been even worse than Weinstein’s.[48]

In 2004, Rob Reiner was described by The Atlantic as the only Hollywood financier who has, through his political activism, earned status as a Democratic Party “Player” with whom Presidents and Democratic leaders in Congress would meet or take a call from on short notice.[49]

Reiner is reportedly a founding member of the Democracy Alliance,[50] a secretive club of wealthy liberals[51] that requires members to contribute at least $200,000 a year to recommended left-wing groups.[52] Other Democracy Alliance donors include George Soros, Tom Steyer, the late Peter Lewis, and Herb and Marion Sandler.[53]

Reiner has frequently used his celebrity status to endorse leftist political candidates and organizations and, conversely, to criticize their conservative counterparts. The group California Watch, a subsidiary of the nonpartisan Center for Investigative Reporting, ranked Reiner 17th among California’s big givers. He gave nearly $3.5 million to political campaigns between 2001 and 2011, at least half of which went exclusively to ballot measures.[54]

During the 2000 presidential election season, Reiner campaigned heavily for Al Gore. The Atlantic reported, “No Hollywood partnership with a Democratic presidential nominee has been as close as Reiner’s was with Al Gore.”[55] In the 2000 campaign, he hosted or co-hosted at least a dozen fund-raisers for former Vice President Al Gore, including one that raised $4.5 million.[56]

In 2007 Reiner “was one of Hillary Clinton’s biggest boosters in Hollywood.” [60] After then-Senator Barack Obama (D-Illinois) defeated Clinton in the Democratic primaries, Reiner said in a June 2008 interview: “I think Obama will win [the general election] by a landslide. The country is tired of the direction it’s been going in…. I think people are tired of the Republican brand and want a real change. Our stock in the world is as low as it’s ever been, we have a major health care crisis, we have a major economic crisis and we have a major energy crisis. And we need real leadership.”[61]

In July 2014, Reiner said that he would do whatever he could to help Hillary Clinton become President.[62] He called Clinton “the most qualified person ever to run for President” [63] and hosted a fundraiser at his home for Clinton.[64]