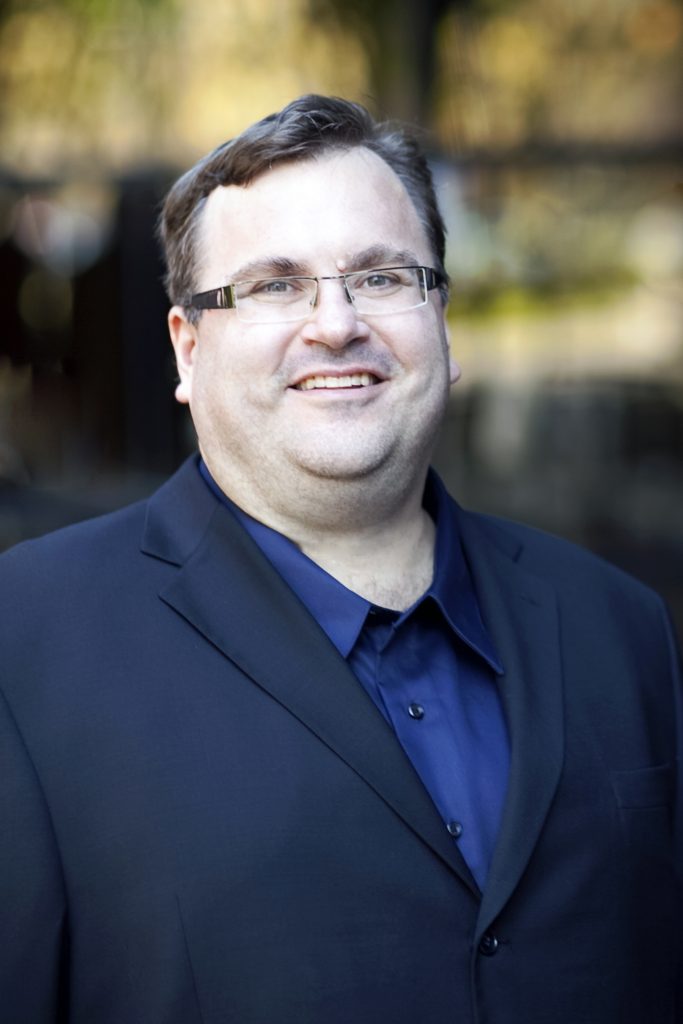 Reid Hoffman in San Francisco in 2011. (link) by startupofyou is licensed CC BY 2.0 (link)

Reid Hoffman is co-founder of the social networking firm LinkedIn and a major donor to left-of-center activist groups.

In addition to his own spending, Hoffman secured large donations to political groups from other major donors. He hosts private get-togethers of powerful and wealthy people, making him very influential in the left-of-center donor community.

Hoffman focused on attaining funds for groups that are critical of the Democratic Party and seek to improve it. Hoffman has funded organizations that campaign in unorthodox ways using methods that the Democratic Party does not, which causes him to be disliked by others within the party. Part of the reason party operatives criticize Hoffman’s choice of recipients is that the grantees do not invest in long-term plans for the progressive movement. Hoffman aides stated that his goal was to “oust Trump” and that he had no intention to continue his involvement in politics after the 2020 election. [1]

Hoffman has been accused of giving $100,000 to political operatives during the 2017 Alabama U.S. Senate special election in order to generate false connections between Republican nominee Roy Moore and supposed Russian influence over his campaign. According to the New York Times, the operatives “orchestrated an elaborate ‘false flag’ operation that planted the idea that the Moore campaign was amplified on social media by a Russian botnet.”[2]

Conflicts with the Democratic Party

Hoffman had donated less than $2 million to political causes prior to the 2016 election. The election of President Trump motivated Hoffman to try to prevent his re-election in 2020, committing as much as $100 million to the cause. He has also helped fundraise for his recipients by persuading his wealthy peers to donate large sums as well. [3]

Hoffman has made a concerted effort to ensure that his donations and those of his friends’ result in specific, tangible actions. He has been criticized for donating to groups that do not have a long-term plan for the Democratic coalition. His spending has proven to be effective, and because of this, it is argued that he has created enemies within the Democratic campaign world. His effective and well-funded campaigns have overshadowed other Democratic campaigns, causing animosity. [4]

Hoffman’s controversial status within the Democratic party was brought on by his choice of grantees, such as Win the Future, which challenged the Democratic National Committee structure, ACRONYM, which came under fire for its controversial mode of operation, and Alloy, his own project which was seen by liberal critics as an unnecessary second database of voter information covering data which the Democratic Party already possessed. [5]