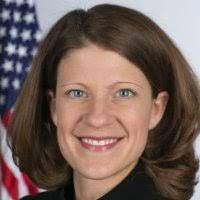 While working under Attorney General Lynch, Herwig helped edit talking points for the Obama Administration’s response to a tarmac meeting in 2016 between Lynch and former President Bill Clinton that preceded the announcement that Democratic Presidential nominee (and Bill’s spouse) Hillary Clinton would not face charges for alleged offenses relating to her use of a private email server for government business. [3] Herwig also worked as deputy chief counsel for Demand Justice, a left-of-center “dark money” organization that opposes Republican judicial nominees, most notably Supreme Court Justice Brett Kavanaugh in 2018. [4]

After finishing law school, Herwig worked as a fellow at the National Women’s Law Center and as a law clerk for the U.S. Court of Appeals for the D.C. Circuit. [5] In 2008, she accepted an unpaid fellowship with the Senate Judiciary Committee under then-Chairman Senator Dick Durbin (D-IL), which led to a full-time position on Senator Amy Klobuchar’s (D-MN) staff as Chief Counsel. [6]

Herwig joined the U.S. Department of Justice’s Office of Legal Policy in 2011. In 2013, she left the Justice Department for the Obama White House and served as Special Assistant to the President and Associate Counsel to the President. [7]

In 2015, President Barack Obama appointed Loretta Lynch as U.S. Attorney General and Herwig returned to the Justice Department as Counselor to the Attorney General. [8] Emails obtained by the right-leaning American Center for Law and Justice indicate Herwig helped edit Obama administration talking points about the 2016 tarmac meeting in Phoenix between former President Bill Clinton and Attorney General Lynch. [9] [10] A few days after the meeting, then-FBI Director James Comey announced that former Secretary of State Hillary Clinton would not be indicted on charges related to her use of private email servers for government business. [11]

Herwig returned to the Senate Judiciary Committee in 2017 where she served as the minority party’s Deputy General Counsel under Ranking Member Dianne Feinstein (D-CA). [12] The Washington Examiner noted Herwig would have knowledge of the committee’s investigation of former Attorney General Lynch’s potential influence of the FBI’s decision not to indict Secretary Clinton the previous year. [13]

Herwig was one of the first staff members to join Demand Justice, a left-of-center advocacy organization founded by Brian Fallon, a former spokesman for Attorney General Eric Holder. [14] Demand Justice is a project of the Sixteen Thirty Fund, a “dark money” fundraising organization, which has received financial support from left-of-center organizations such as Planned Parenthood, the National Education Association, and NextGen Climate Action. [15] [16] [17] [18]

According to the New York Times, Demand Justice was founded to organize progressive political opposition to Republican nominations to the federal judiciary. [19] During Herwig’s tenure, Demand Justice launched a campaign to stop the 2018 confirmation of Justice Brett Kavanaugh to the United States Supreme Court just hours after his nomination by President Donald Trump. [20] The StopKavanaugh.com campaign website developed by Demand Justice accused the nominee of being “anti-health care” and a “rubber stamp” for the President’s agenda. [21]

Herwig began working for Facebook in 2019, where she served in multiple roles, including as the director of governance and strategic initiatives, until June 2020. [25]

Paige Herwig serves a senior counsel under the Biden administration. [26] Demand Justice praised her nomination for how she will influence judicial nominations. [27]

Herwig married Brian Fletcher, a former Assistant to the Solicitor General of the United States and graduate of Yale Law School. Fletcher currently serves as a co-director of the Supreme Court Litigation Clinic at Stanford University Law School. [28] [29]