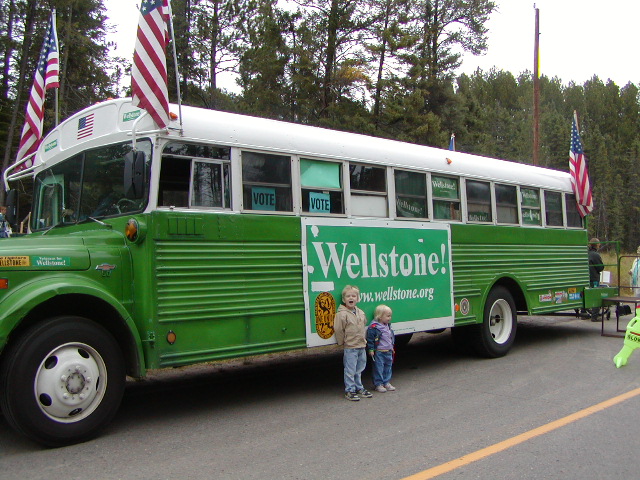 RePower (sometimes written Re:Power), formerly Wellstone Action, is a radical political training organization based in Saint Paul, Minnesota. Formed in 2003 as tribute to the life and legacy of the liberal late U.S. Senator Paul Wellstone (D-MN), RePower is one of the biggest left-wing training organizations in the United States. [1] Although officially deemed nonpartisan for tax reasons, it is openly far-left in its ideological views. [2]

The mission of RePower is advancing radical political ideals in public policy. It works to achieve that mission through a means of advocacy, recruitment, and training individuals to become political candidates and operatives. [3] The group is a 501(c)(4) nonprofit.

Wellstone Action was created to continue the political work of late Minnesota Senator Paul Wellstone (D) and his wife, Sheila. [4] Considered a torchbearer of the “Progressive” movement, Senator Wellstone, along with his wife and daughter, died in a plane crash on October 25, 2002. [5] Three months after his death, in January 2003, Wellstone Action was founded by Sen. Wellstone’s former campaign manager, Jeff Blodgett, along with the senator’s two sons, Mark and David Wellstone. [6]

The cornerstone of RePower is training individuals to become far-left political leaders. In 2016 alone the organization conducted 96 trainings throughout the country, including almost 5,300 people who received training. [7] Since its founding, the organization has trained over 90,000 people, and more than 850 of its former students have been elected to political offices. [8] [9] Those whom became elected officeholders have served at various levels of government, including local, state, and federal. [10] Current federal officeholders trained by Wellstone Action include U.S. Representative Dave Loebsack (D-IA), Minnesota Attorney General Keith Ellison (D), and Minnesota Governor Tim Walz (D). [11] [12]

Camp Wellstone is the primary vehicle used to execute Wellstone Action’s mission to train liberal individuals. At the three-day seminar, left-wing activists, candidates, and campaign staff are taught how to attain their goals. [13] These seminars have taken place in different states across the United States. [14] Attendees of Camp Wellstone, based on their political aspirations, choose from one of its three-course options: political candidacy, working as a campaign staffer, and community organizing. [15]

In 2016, Wellstone Action reported nearly $1.7 million in annual revenues. Registration fees collected at training events accounts for a portion of its annual income, while the rest comes from grants and contributions. [17] There are a few outside groups which have given donations to Wellstone Action, including the Service Employees International Union (SEIU) and the American Federation of Teachers (AFT), both left-wing labor unions. [18] [19]

However, a large amount of the organization’s income is initially channeled into its charitable arm, RePower Fund (formerly the Wellstone Action Fund). Contributions received by the RePower Fund are partially transferred to RePower. [20] In 2016, the Foundation to Promote Open Society, run by left-of-center donor George Soros, contributed $537,000 to the RePower Fund. [21] The Ford Foundation gave $3 million in 2017. [22]

According to its 2015 tax records, the RePower Fund transferred over 30 percent of its revenue to RePower, funds exceeding $1 million. According to the organization, the RePower Fund is responsible for “the charitable purposes and functions of [RePower].” Its biggest “charitable” expense, however, is paying for RePower’s leadership trainings. [23]

Democracy Alliance is a collective of wealthy left-progressive donors that meet at semi-annual conferences for the purpose of providing a list of recommended recipients to major donors. RePower is on Democracy Alliance’s list because it embodies the politics of Paul Wellstone. [24]

RePower is led by a board of directors consisting of seven members. [25]

Sara Beth Mueller currently serves as the group’s interim executive director. [26] Mueller, prior to her employment at Wellstone Action, was the Director of Communications at Planned Parenthood Minnesota, North Dakota, South Dakota. [27]

In 2018, internal disputes caused a dramatic shift in leadership at Wellstone Action. Co-founders (and Wellstone’s sons) Mark and David Wellstone were voted off the board of directors after they raised questions about overspending in specific areas of the organization’s budget, and what its priorities should be going forward. [28]