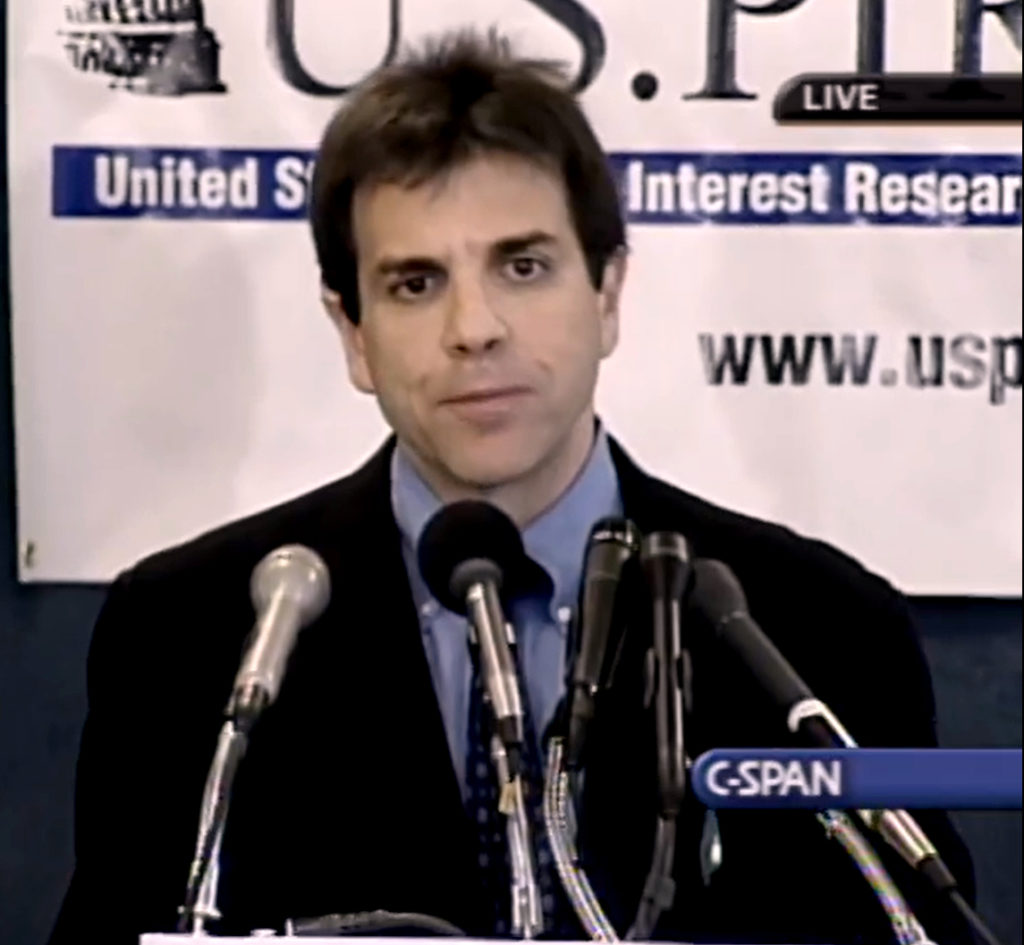 Jay Halfon is an attorney who serves as legal counsel, board member, and strategist for several left-of-center non-profits, focusing mostly on environmentalist policy. As of 2019, Halfon is a board member at Earthworks, 350.org, the Sustainable Markets Foundation (where he is also general counsel[1]), the Park Foundation,[2] and the New York Public Interest Research Group (NYPIRG) Fund. [3] Jay Halfon also works as an advisor to the board of and legal counsel to Confluence Philanthropy. [4]

Republican staff on the United States Senate Committee on Environment and Public Works identified Halfon as part of “The Chain of Environmental Command.” Halfon’s affiliations were described as follows: “The Committee has discovered a narrow set of individuals whose careers are part of the fabric of the far-left environmental movement. These individuals exercise outsized influence regarding the distribution of funds. Some of these individuals include Donald Ross, Hal Harvey, Mark Burget, Charlotte Pera, Larry Kramer, William Reilly, and Jay Halfon.” [5]

Mr. Halfon is a director and general counsel[6] to The Sustainable Markets Foundation, an environmentalist organization pushing for stricter environmental laws and bans on natural gas production. The organization serves as a fiscal sponsor, providing grants as well as administrative support to other nonprofits like 350.org or Frack Action Fund.

In 2013, The William and Flora Hewlett Foundation provided $1,000,000 to Sustainable Markets Foundation for “The Climate Communications Project”; Halfon was given as the person associated with the grantee’s address. [7]

Halfon’s Sustainable Markets Foundation received $600,000 for a climate communications project from 2013 to 2014 and $500,000 in 2014 for support of the millennial action project from the Hewlett Foundation. [8]

Earthworks is an environmentalist nonprofit organization that advocates strict environmental regulations and Jay Halfon is a current board member as of 2018 and has been since the group’s founding in 2001. [9]

Jay Halfon is the current secretary/treasurer and member of the board of trustees at The Park Foundation. [10] The organization is a left-of-center funding group for several of America’s most prominent environmentalist organizations and funded by liberal megadonor Adelaide Park Gomer. [11]

Jay Halfon is a current board member at the 350.org, a large environmentalist activist organization that opposes new oil, gas, and coal exploration and development. [13]

Jay Halfon was a board member of the now-defunct tech company TechRocks in the early 2000s. [14]

A 2014 report by the Republican staff of the United States Senate Committee on Environment and Public Works listed Jay Halfon as a “key environmental activist.” The report said that “Just as the Environmental Grantmakers Association, Democracy Alliance, and others have forged close relationships in order to attract attention of investors, so too have individuals. The Committee has discovered a narrow set of individuals whose careers are part of the fabric of the far-left environmental movement. These individuals exercise outsized influence regarding the distribution of funds. Some of these individuals include: Donald Ross, Hal Harvey, Mark Burget, Charlotte Pera, Larry Kramer, William Reilly, and Jay Halfon.” [17]

The report further stated that “Jay Halfon is another pivotal player that has emerged in the environmental movement through his connections in New York. Halfon is currently on the Board of Directors for the Park Foundation, Earthworks, Sustainable Markets Foundation (SMF), and 350.org. Interestingly, Halfon does not even list his affiliation to SMF on his 350.org biography; yet Park Foundation heavily funds SMF and SMF is a ‘fiscal sponsor’ of 350.org. Previously, Halfon served as Executive Director of Donald Ross’s NY-PIRG. PIRGs play a central role in the environmental movement as a meeting ground for trial attorneys and radical activists to coordinate a faux grassroots campaign. SMF has close ties to PIRGs and provides significant funding to PIRG chapters. Including Halfon, three of the four officers of the SMF previously worked for PIRG: the President of SMF, Elizabeth Hitchcock, served as Communications Director for US PIRGs, and Secretary and Treasurer of SMF, Geoff Boehm, was Program Director and Senior Attorney for NY-PIRG.” [18]