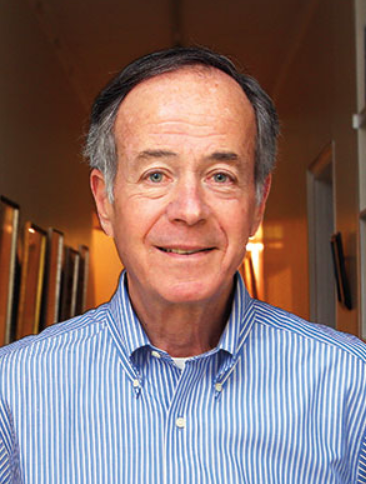 Donald Ross attended Fordham University in New York and was student body president at the university in 1965. He took the New York state bar exam in 1970 prior to beginning his career in left-wing community organizing with NYPIRG later that year. [2] Ross reportedly has “a Peace Corps background.” [3]

Ross was married to Helen Klein Ross, a novelist and poet. They had two daughters. In 2010, the couple purchased the historic Connecticut mansion, Holleywood, for $900,000. [4]

Donald Ross is credited as the linchpin responsible for helping to create community organizer Ralph Nader’s model of the public interest research groups, or PIRGs. In 1970, Ross joined Nader’s early PIRG movement in Washington, D.C. and was tasked with designing “an effective, enduring model for student activism.” Ross developed a model built upon “citizen action,” the ethos governing all of Nader’s later activist groups, including Citizen Action of New York (which Ross later led). In 1971, Ross coauthored Action for a Change with Nader. The book serves as a manual for the public interest research groups “and a blueprint for founding new PIRGS,” building upon his initial designs:  [6]

Any model would have to take account of that perennial problem of student activism — final exams, semester breaks, and summer vacation — as well as deal with the constant turnover of membership as graduating seniors moved on. In time, Ross learned about the origins of the great English universities in Oxford and Cambridge: students literally hired their professors to teach them what they wanted to know. “Why not extend the metaphor to citizen action,” Nader and Ross reasoned, “and hire ‘coaches’ to teach activist skills?”

The idea would inspire the organizational structure of the campus-based Public Interest Research Groups [PIRGs] . . . . Each local PIRG would be financed and run by students, but guided by a professional staff of attorneys, scientists, organizers and others. Funding would come from modest annual fees of $2 to $5 automatically billed to all students on campuses that had approved the PIRG by a majority vote. Students who did not want to pay the fee could so indicate on their college registration form or tuition bill — the so-called negative check-off system.

Ross worked as the founding executive director of New York Public Interest Research Group (NYPIRG) from 1973 to 1982, where he reportedly grew the organization to 180 staffers operating out of 31 offices. [8] Barack Obama, then a student at Columbia University, worked full-time for NYPIRG as a community organizer from February through May 1985. [9] Ross later worked as director of Ralph Nader’s group Citizen Action of New York. [10]

Some of Ross’s goals for NYPIRG were outlined in a February 7, 1975 article in the Albany Student Press discussing the group’s “financial troubles.” [13]

Donald Ross, the executive director of NYPIRG . . . was one of the original Nader’s Raiders and he helped to form the Citizen Action Group [Citizen Action of New York] under [Ralph] Nader. Ross spoke of the frustration which often plagues contentious NYPIRG members.

New York is the only state which has decentralized PIRGs [public interest research groups] throughout the state. Ross called NYPIRG the “New York pioneer of mass involvement of students.” The University of Buffalo has one of the largest PIRG groups [sic] in the country.

Workshops of interest to the PIRG members were held all day Saturday. Dennis Kaufman, a PIRG attorney, spoke on public interest litigation. Kaufman emphasized that the most difficult aspect of public interest litigation is the establishment of a ”standing to sue.” He stressed that the last resort for reform is the legislature. NYPIRG has students working as legislative interns and lobbying at the capitol.

Three films were shown during the conference. The first film was I.F. Stone’s Weekly, a documentary about a journalist whose main objective was to expose scandals and dishonest politicians.

Two other films were shown which warned the NYPIRG members of the dangers of nuclear energy. Sunday morning at the NYPIRG state board meeting the issue was raised whether or not NYPIRG should lead a campaign For a moratorium on the construction of nuclear energy plants. It was noted that if the plutonium in the energy is exposed to the air an entire city could be wiped out and the area would not be liveable [sic] for a half-million years. Due to protests from several potential nuclear physicists from R.P.I. the motion was tabled . . . .

One theme was apparent throughout the conference. NYPIRG is desperately in need of money. Don Ross urged passing an amendment which would mandate that any school belonging to NYPIRG contribute two dollars per student per year. The amendment, which would sever Albany’s membership, was tabled for further consideration.

Ross reportedly spoke with President Jimmy Carter in May 1979 outside the U.S. Capitol building in Washington, D.C., where he “told Carter that while they approved his campaign promises, they did not approve his present policies.” [14]

He urged Carter to fire Energy Secretary James Schlesinger, shape up the Nuclear Regulatory Commission and come out unequivocally against any new nuclear plants. Ross and others with him stated that the anti-nuclear effort would move into the early presidential primary states, starting with New Hampshire, and make the issue of unsafe, uneconomic atomic energy one that no candidate [in 1980] could ignore.

From 1985 to 1999, Ross was chief administrative officer for the Rockefeller Family Fund. [15]

In the 2018 midterm election, MRSS received $1,335,417 in payments from left-wing PACs and labor unions, including Planned Parenthood Votes, the SEIU, League of Conservation Voters, Win Justice PAC, United We Can, American Nurses Association, and It Starts Today. [26]

Ties to the Professional Left

In July 2014, a report by the U.S. Senate Committee on Environment and Public Works recorded that Ross was part of “a narrow set of individuals whose careers are part of the fabric of the far-left environmental movement . . . [who] exercise outsized influence regarding the distribution of funds” by groups like “Environmental Grantmakers Association, Democracy Alliance, and others.” [29]r