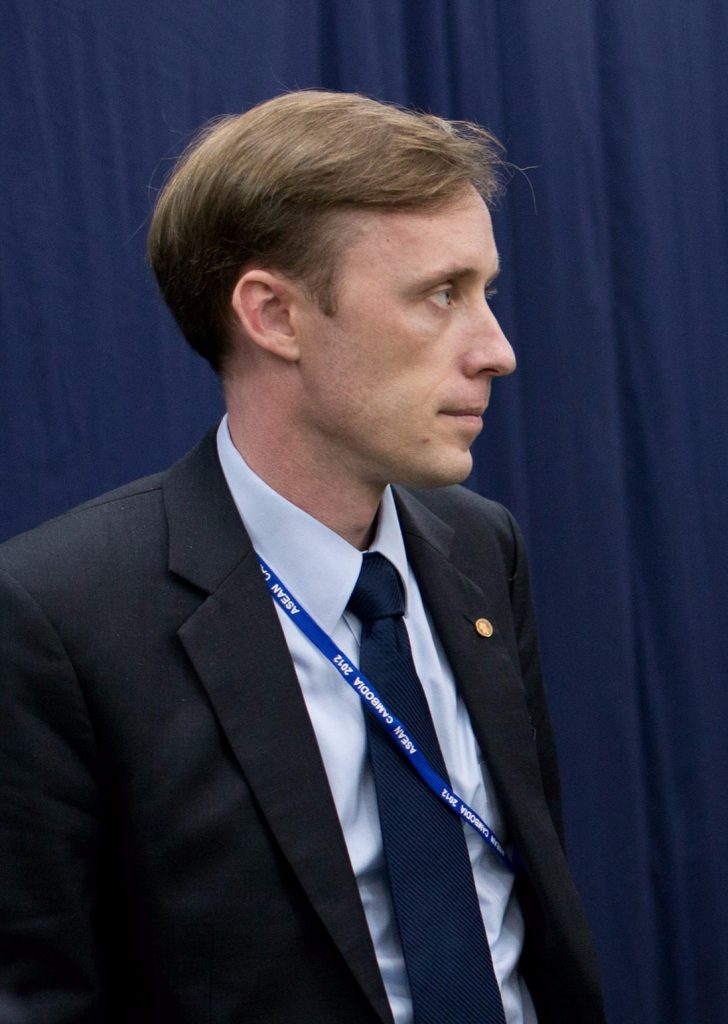 Jake Sullivan played a key role as policy advisor to the presidential campaigns of Hillary Clinton in the 2008 Democratic primaries and the 2016 elections and to Barack Obama in the 2008 general election. [2] [3] It was speculated that Sullivan would have been considered for the position of U.S. National Security Advisor had Hillary Clinton won the 2016 election. [4]

National Security Action also sent a petition to Congress encouraging the impeachment of Trump. The petition was signed by over 300 former national security officials, most of whom had worked in the Obama administration. [12]

While working at the State Department, Sullivan played a key role in negotiating the controversial 2015 nuclear weapons development agreement between the Islamic Republic of Iran, the Unites States and five other world powers. [13] The agreement was intended to restrict Iranian development of nuclear weapons in exchange for removal of economic sanctions against Iran. It was harshly criticized by Israeli Prime Minister Netanyahu as a threat to Israel’s security. [14] Criticism of the deal in the U.S. crossed traditional party lines,[15] and many argued it would fail to stop Iran’s development of nuclear weapons, instead bolstering Iran’s economic ability to build such weapons. [16]

President Trump removed the United States from the agreement in 2018, an action Sullivan has criticized. [17]

At the time of the 2012 terrorist attack on the U.S. consulate in Benghazi, Libya that killed four Americans, Sullivan was a State Department official under then-U.S. Secretary of State Hillary Clinton. In 2015, he was called to testify before the U.S. House Select Committee on Benghazi. [18]  Sullivan’s testimony became part of the Committee’s final report that concluded Clinton and Sullivan may have sent highly classified information using unsecured private emails rather than through secure government servers. [19] [20]An FBI investigation into the matter recommended no criminal charges. [21]

Sullivan is left-leaning on domestic policy as well as foreign policy. In 2018, Sullivan argued the American public was increasingly receptive to a bigger, more active role for government in economic and social affairs. He called for the Democratic Party to promote increased power for labor unions, higher taxes, increased regulation of private business, taxpayer-paid child care, and taxpayer-paid higher education. [22]