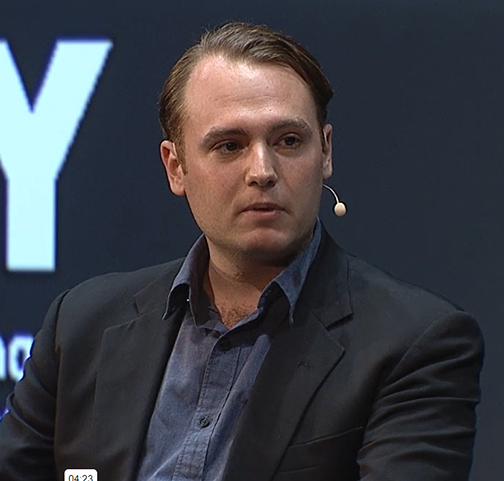 Seth Flaxman is a researcher, nonprofit manager, and self-described “social entrepreneur.” He is the co-founder and chief executive officer of Democracy Works, an organization which works to boost voter engagement among left-of-center constituencies and takes funding from leading left-of-center philanthropic organizations, such as the MacArthur Foundation and the Knight Foundation. Flaxman has run Democracy Works since 2010. Previously, he was a researcher for several left-of-center think tanks, including the Brookings Institution, the Council on Foreign Relations, and the Berkman Klein Center at Harvard University. [1]

Seth Flaxman attended Columbia University from 2003 and 2007 and received a bachelor’s degree in economics. While at Columbia, he interned at the Brookings Institution’s Metropolitan Policy Program, where he built maps demonstrating the relationship between income and mortgage cost. After graduating, he spent two years as a researcher at the Council on Foreign Relations, where he studied trade agreements and administered the research program. In 2009, Flaxman started a master’s degree program in public policy at Harvard University’s Kennedy School of Government. He also did research at Harvard’s Berkman Klein Center for Internet and Society. According to Flaxman, his work for the center involved promoting freedom of expression and protecting internet privacy. [2]

In February 2010, Seth Flaxman launched Democracy Works with fellow Harvard graduate Kathryn Peters, who also completed the Kennedy School’s public policy master’s program. [3][4] Democracy Works describes itself as a nonpartisan nonprofit which is “dedicated to improving civic participation by simplifying and modernizing the voting process.” [5] The organization aims to expand absentee and mail-in voting, and blames “misinformation and confusion” for low voter turnout. [6] Democracy Works receives funding from major left-of-center grantmaking organizations such as the Tides Foundation, the Pew Charitable Trusts, the Democracy Fund, the Rockefeller Brothers Fund, and the Omidyar Network Fund. [7] The Civic Alliance has more than 1,200 member corporations and says it has successfully exposed more than 5.5 million people to its program. Prominent members of the alliance include:

Amazon, which has a track record of promoting left-of-center causes and censoring right-of-center resources by refusing to distribute them[8]

In the lead-up to the 2020 election, Democracy Works worked with tech giant Google to ensure that only election information which the organization considered to be “true” would show up in search results. On the advice of Democracy Works, Google also committed to removing election predictions which it deemed likely to be “interpreted or perceived as claims for one candidate or against one candidate.” The tech giant acknowledged that “perfectly benign” search inquiries would likely be affected by this censorship, but said that it considered this to be an acceptable trade-off. [9]

During the anti-police protests and riots of June 2020, Seth Flaxman issued a statement on behalf of Democracy Works which described the United States as “a country built on Black enslavement.” Flaxman’s statement also tacitly endorsed looting, vandalism, and violence during the riots, claiming that “Black Americans have been given every reason” to “voice their grievances the best way they see fit.” [10]

In January 2021, Flaxman claimed that what he called “white supremacy and right wing terrorism is (sic) the greatest threat to our nation’s democracy and security” in a social media post. Flaxman went on to demand that “every leader” who he believed to be responsible for alleged “right wing terrorism” be “removed.” [11]