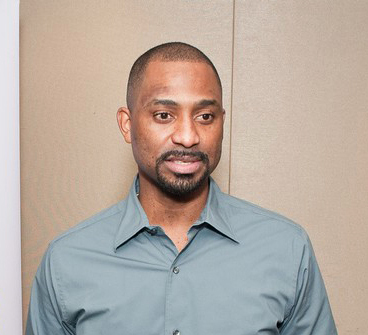 Khalid Pitts is a businessman and activist who currently serves as the executive vice president at FairVote, a principal at Democracy Partners, and an executive board member at the DC Health Benefit Exchange Authority. He previously ran the political operations of the Service Employees Union International (SEIU) and the Sierra Club. In 2014, Pitts unsuccessfully ran for city council in Washington, D.C. as an Independent.

Pitts’s wife, Diane Gross, is a civil rights attorney and previously served as counsel to former U.S. Sen. Barbara Mikulski (D-MD). [1] Pitts and Gross run the Cork Wine Bar and Cork Market and Tasting Room in Washington, D.C. where they have hosted political fundraisers, including for the 2020 presidential campaign of then-U.S. Sen. Kamala Harris (D-CA). In 2017, Pitts and Gross sued the Trump International Hotel owned by then-President Donald Trump for unfair competition.

After earning a bachelor’s degree in history from Holy Cross College and a master’s in public health from the George Washington University School of Medicine and Health Sciences, Khalid Pitts started his career as a site director of public health research at the Harvard T.H. Chan School of Public Health. In 1995, Pitts joined the Beverly Coleman Miler Group, a private medical practice. Simultaneously, Pitts worked as a senior researcher at the National Institutes of Health (NIH). [2]

In 1997, Pitts became the director of health and policy outcomes at the Central Detention Facility of the U.S. District Court. [3]

In 1999, Pitts became a state director of the Coalition to Stop Gun Violence, a gun control advocacy group. Pitts has expressed support for a blanket ban on modern sporting rifles derogatorily termed “assault weapons.” [4] In 2003, Pitts took a leave of absence to work as the Virginia state director of the presidential campaign for Rep. Dick Gephardt (D-MO). [5]

In 2004, Pitts became the director of strategic campaigns at the Service Employees International Union (SEIU). For ten years, Pitts ran the union’s efforts to support state and federal ballots with a staff of 600. He simultaneously worked for numerous nonprofit advocacy groups. [6]

In 2006, Pitts became an executive board member at the Coalition for Human Needs, “which serves as a clearinghouse of information on poverty and human needs issues for our members and the general public.” Pitts left his position in 2015. [7]

Also in 2006, Pitts became a board member of USAction, a left-progressive advocacy group. In 2012, Pitts became the president of the group, and remained in the position until 2017. [8] USAction received hundreds of thousands of dollars from the SEIU while Pitts worked at both organizations. [9]

In 2007, Pitts became an executive board member of Americans United for Change, a “dark money group” that supports Democratic politicians. [10] He left his position in 2016. [11]

In 2008, Pitts co-founded and became co-chair of Health Care for America Now (HCAN), a left-of-center advocacy group which would be highly influential in formulating the structure of Obamacare. [12]

In 2012, Pitts became an executive board member and the secretary treasurer of the DC Health Benefit Exchange Authority, which negotiates healthcare costs with insurance companies on behalf of Washington, D.C. residents. He remains in this position as of July 2021. [13]

In 2014, Pitts left his roles at the SEIU and HCAN, and ran for the city council of Washington D.C. as an Independent “with Democratic values.” Pitts gained endorsements from Planned Parenthood and the NARAL Pro Choice America Foundation. To incentivize individuals to stay in Washington, D.C., Pitts proposed instituting a cap on property taxes but also a special capital gains tax on property sales. He also supported bringing the Olympics to Washington. [14] Fifteen candidates ran for two open seats, and Pitts came in eighth place with 10,329 votes, or 2.9 percent of the votes. [15][16] Pitts’s wife, Diane Gross, donated $1,000 to his campaign. [17]

Also in 2014, Pitts became a principal at Democracy Partners, a for-profit political consulting firm founded by Democratic operative Robert Creamer. Pitts remains in this position as of July 2021. [18]

In 2015, Pitts became the national director of the Sierra Club. As at the SEIU, Pitts oversaw the organization’s political strategies and campaigns, with an annual budget of $16 million. In 2016, Pitts criticized then-presidential candidate Donald Trump as a “climate science denier” for promising to “renegotiate” the Paris Climate Accords to be more in favor of the United States. [19] Pitts left his position at the Sierra Club in 2017. [20]

In 2020, Pitts became the executive vice president of policy and programs at FairVote, which advocates for pro-Democratic electoral reforms. [21]

Khalid Pitts and his wife Diane Gross run two businesses, the Cork Wine Bar and the Cork Market & Tasting Room. Both are prestigious and nationally recognized dining and wine establishments,[22] with the former’s opening being featured in Politico. In the first few months of its operation in 2008, the Cork Wine Bar was visited by then-Service Employees International Union president Andy Stern, Rep. Jan Schakowsky (D-IL), and then-Sen. Russ Feingold (D-WI). [23] Pitts and Gross sometimes host political fundraisers at their businesses. Pitts has referred to his experience running these businesses to bolster his political credibility. [24][25]

Vice President Kamala Harris (D) visited the Cork Wine Bar numerous times and held a fundraiser there when she was a candidate for president in the 2020 Democratic primary. Pitts previously knew Harris from his work with the SEIU and the Sierra Club. In 2019, Pitts donated $500 to Vice President Harris’s presidential campaign. [26] Upon her nomination as former Vice President Joe Biden’s (D) running mate, the Cork Wine Bar declared itself the official #KamalaHarrisForVP wine bar. [27]

Then-President Trump called the lawsuit a “wild publicity stunt.” [29] The president’s lawyers later argued to dismiss the lawsuit on the grounds of “absolute presidential immunity.” [30] In 2018, the lawsuit was dismissed by the federal district court on the ground that it was not anti-competitive for a business to profit from its owner’s fame. [31]

Khalid Pitts has made 21 reportable donations to political candidates and PACs since 2001 of amounts ranging from $30 to $500. All recipients were Democrats, including Vice President Kamala Harris (D), Sen. Hillary Clinton (D-NY), President Barack Obama (D-IL), and then-Sen. John Kerry (D-MA). [32]