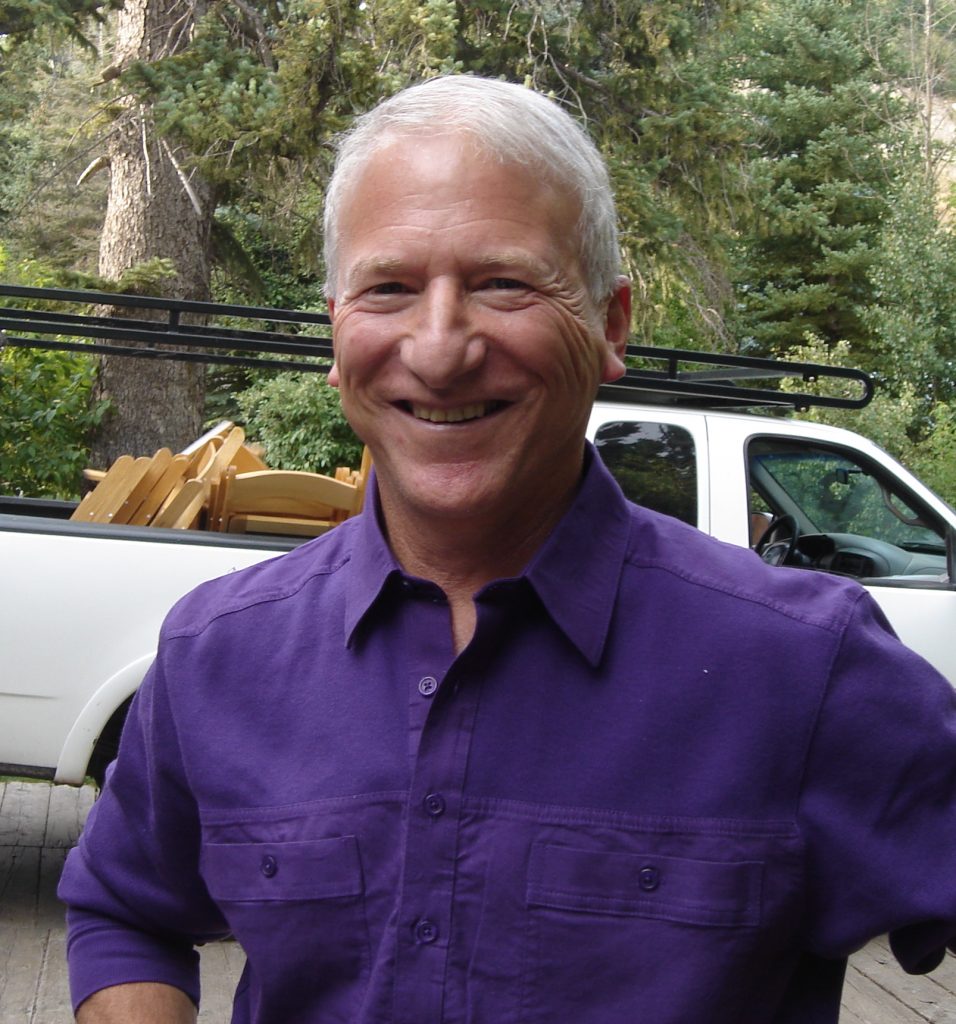 Andy Stern is the former president of the Service Employees International Union. A longtime union official, Stern rose to the presidency[1] after leading former SEIU president John Sweeney’s insurgent campaign to become president of the AFL-CIO. [2]

Stern’s main focus as SEIU President was growing the union’s membership. During his tenure the union added 1.2 million new members through corporate campaigns,[3] organizing drives, and by poaching more than 100,000 members from other unions.[4] Stern’s union organizing methods were criticized for relying too heavily on back-room deals and other shortcuts to perpetuate the illusion of robust growth that hid his failure to devise a viable long-term growth strategy.[5]

Stern was also criticized for deploying a top-down management style that minimized the concerns of rank-and-file, dues-paying union members.[6]  He forcefully ousted local dissident union leaders[7] and created “mega-local” unions that made it nearly impossible for Stern’s opponents to challenge his leadership.[8]

Under Stern the SEIU spent hundreds of millions of dollars supporting Democrats in political campaigns, including $85 million to help President Obama and other Democrats in 2008. Subsequently, he was the most frequent visitor at the Obama White House, he visited at least 53 times.[9]  He used this access to champion a liberal political agenda including legal status for illegal immigrants, [10] a $15 minimum wage,[11] and pro-union card-check policies.[12]   He was also labeled a chief architect of Obamacare for his efforts to shepherd the law to passage,[13] and was a major supporter of President Obama’s “stimulus” plan.[14]

Andrew “Andy” L. Stern was born in West Orange, New Jersey, in 1950, and graduated from the University of Pennsylvania in 1971 with a degree in education and urban planning. Stern joined SEIU Local 668 in 1973 as a social service caseworker in Pennsylvania,[15] where he became a union activist[16] and field organizer. In 1977 he was named SEIU Local 668’s President,[17] and in 1984 SEIU’s then-president, John Sweeney, brought Stern to D.C. to coordinate a national organizing drive for the union. In 1995, Stern ran Sweeney’s successful insurgent campaign to oust AFL-CIO president Thomas R. Donahue and give the position to Sweeney.[18] The following year, 1996, Stern was elected the youngest president in SEIU history.[19]

Currently, Stern serves as President Emeritus of SEIU, and is a Senior Fellow at The Economic Security Project.[20]

Stern also serves a paid board member at the biochemical company SIGA, which is owned by billionaire Ron Perelman’s private equity firm. In 2006, Stern negotiated a controversial deal between the SEIU and another Perelman-owned company AlliedBarton, in which the “SEIU agreed to abandon an organizing drive of an estimated 10,000 security guards in exchange for employer neutrality in organizing AlliedBarton security guards elsewhere.”[21]

Stern is also a member of the U.S. Programs advisory board of the Open Society Foundations, a private operating foundation funded and controlled by liberal mega-donor George Soros and his family.[22]

Stern’s union organizing methods were criticized for relying heavily on “back-room deals” and “other shortcuts” to perpetuate the “illusion of robust growth” that hid what critics called a failure to devise a viable long-term growth strategy.[23]

To realize this growth, Stern relied heavily on “merciless”[26] organizing drives and corporate campaigns pushing non-union companies to agree to concessions and “neutrality”—agreements by employers not to inform employees of potential negative consequences of unionization–in collective bargaining.[27] According to Dave Bego, president of Indianapolis-based Executive Management Services (EMS), who refused to sign a neutrality agreement, Stern’s SEIU waged a three year attack campaign that sought to disparage his company to customers, harass his employees and initiate a barrage of unsubstantiated labor and safety violation allegations.[28]

Stern used similar corporate campaigns against a number of major employers including Walmart,[29] Kaiser Permanente, New York Hospitals, Catholic Healthcare West,[30] and Wackenhut.[31] In 2010, Stern prearranged with Maryland police to be arrested at a protest outside the Maryland headquarters of the food conglomerate Sodexo Incorporated.[32]

In 2010, the labor union Unite Here split, with its former leader Bruce Raynor leading locals loyal to him and containing roughly 100,000 members into the SEIU as Workers United, SEIU. Stern was criticized for this raiding activity.[34] In the breakup, Stern was accused of “scheming to seize control” of the Unite Here-owned Amalgamated Bank and its $5 billion in assets in a corporate-style takeover; SEIU would ultimately secure control of Amalgamated.[35]

Laborers International Union of North America (LIUNA) President Terrence O’Sullivan described SEIU’s conduct as “deplorable” and a Unite Here leader blasted the move saying, “This is nothing less than a hostile takeover of our union by Andy Stern.” [36]

Stern’s legacy as SEIU president was also marked by unpopular efforts to centralize union operations at the union’s Washington D.C. headquarters in an effort to reposition the union structure from a disparate group of unions to one “united workers’ movement.”[37]

Labor historian and former Communications Workers of America organizer Steve Early said that Stern’s efforts focused less on local workplace representation and instead sought to position the SEIU as an advocacy organization that minimized the concerns of rank-and-file, dues-paying union members.[38]

To accomplish this centralization, Stern often merged numerous local workplace unions into “mega-locals,” some with more than 100,000 members. SEIU members who dealt with these mergers felt that this move often made the union less responsive to the needs of members. In California, Joel Solis, a nurse who helped lead a local fight over staffing ratios, said that the forced merger of multiple locals into a 90,000 member mega-local disconnected the local members from the union that was supposed to represent their interests and killed a reform movement that sought to effect local changes.[39]

Other union members argued that consolidation of locals into much lager chapters reduced SEIU internal democracy, allowing Stern to pick the mega-locals’ leadership and quash dissident local leadership candidacies. Ken Paff, a national organizer for Teamsters for a Democratic Union, said the “mega-locals” formed under Stern’s administration “made it nearly impossible for dissidents to collect enough money or candidacy signatures to run against incumbents in union elections.”[40]

Stern ordered the union be placed under control of the SEIU’s national headquarters’ trustee and fired 100 elected officers including the local’s president and most vocal Stern critic, Sal Roselli. [43] The anti-Stern dissidents, formed a new union, National Union of Healthcare Workers (NUHW), trying to reclaim the members of UHW-West.[44] The SEIU spent $5 million fighting against Roselli, [45] and ultimately only recouped a small judgment that was seen as a “black-eye” for the SEIU.[46]

In 2005, Stern led a rebellion against John Sweeney and took seven unions out of the AFL-CIO to form a new union federation, Change to Win.[47]

Longtime labor columnist David Moberg wrote in 2005, the creation of Change to Win was billed by its members as a fight over the direction the labor movement was heading but ultimately became a struggle for power over who was in charge of the labor movement.[48] Another pro-labor author, Philip Dine, argued that the split was a “sophomoric food fight over no really clear issues.”[49]

Change to Win turned out to be a disappointment: The federation organized few new workers and lost most of its original seven unions. [50]

In 2004, the SEIU spent $65 million trying to defeat President George W. Bush, far outstripping any other union’s spending.[51] Then in 2008, SEIU spent $85 million to get Democrats elected, making the union the single biggest contributor to either party in that election cycle.[52]

In 2008, after President Barack Obama’s election Stern “became one of Obama’s closest confidants outside government.”[55] He was the most frequent visitor to the White House in Obama’s first term; in total, he visited at least 53 times, [56] including multiple meetings directly with the president or his Chief of Staff, Rahm Emanuel.[57]

Stern supported President Obama’s stimulus spending plan[58] and helped shepherd Obamacare legislation through Congress.[59] Stern was later called one of “the chief architects of healthcare reform,” and was named one of the Top Ten Most Powerful People in Healthcare.[60]

Stern has also pushed for other broad liberal policies. In 2008 he said, that balanced-budget economics were inappropriate and called for government policies that “share the wealth differently” through taxes and union handouts. [61]

Stern called for a path to citizenship for the roughly 12 million illegal immigrants,[62] and used his labor organizing campaigns to prop up this political position, seeking to unionize immigrant janitors or home-healthcare workers. [63]

In 2009 conservative groups Americans for Tax Reform and it affiliate, the Alliance for Worker Freedom, argued that Stern’s dozens of White House visits may have been illegal lobbying and requested an investigation into Stern’s contacts with the Obama administration. According to the groups’ letter, Stern was previously registered as a lobbyist until 2007, when he terminated his registration. Yet he continued to “lobby extensively after he terminated his registered status” and thus according to the organizations complaint letter should have re-registered as a lobbyist under LDA.[67] No action was taken on the complaint.

In 2010, Stern convinced Obama to name his union’s lawyer, Craig Becker, to the National Labor Relations Board over Republican objections in a controversial recess appointment.[68]

Under Stern’s leadership, SEIU’s liabilities skyrocketed by a nearly 1,500%, to over $120 million.[70] Meanwhile, according to an SEIU spokeswoman, the union went all in to make sure that Barack Obama was elected president. [71] Records show that in 2008 and 2009 SEIU spent a combined $125 million on political activities and lobbying.[72]

In 2008 Stern led protests against the government bailout of Bank of America, urging President Obama to oust the bank’s CEO.[73] However, according to SEIU annual disclosures Stern’s union borrowed as much as $94 million from Bank of America, and when Stern left the union in 2010 it had an outstanding BOA loan balance of $73.6 million.[74]

Additionally, under Stern both of SEIU’s two national pension plans were forced to send critical-status letters indicating that they were funded below 65 percent of what they needed to pay their obligations. Moreover, a number of its local pension plans were in even worse shape.[75] But Stern, a member of the SEIU Affiliates Officers and Employees Pension Plan, funded his plan at 102 percent as of 2007.[76]

In 2009 SEIU laid off 75 employees.[77] (That same year Stern took over $306,000 in compensation[78] and eight other headquarters officers and employees earned over $200,000.[79]) The layoff decision prompted a series of protests from members of the union representing SEIU staff, who labeled Stern’s union leadership “‘hypocrites’ for calling out corporations that shed workers,” while laying off their own employees.[80]

Stern has been investigated for possible wrongdoing on multiple occasions. In 2010 the FBI and the U.S. Labor Department investigated Stern over “a six-figure book contract that Stern landed in 2006 and his role in approving money to pay the salary of an SEIU leader in California who allegedly performed no work.”[81] No action was ultimately taken.

In 2008, Stern’s ally Tyrone Freeman was the target of a federal criminal probe related to financial improprieties, which SEIU members alleged had been ignored by Stern’s administration.[82]

Also in 2008, Politico reported that Stern was the unnamed “‘SEIU official’ referred to in a federal complaint against Illinois Gov. Rod Blagojevich” (D).[83] The federal prosecutors alleged that Blagojevich “sought a plum job through the SEIU in exchange for filling Obama’s U.S. Senate seat with a labor ally.”[84]