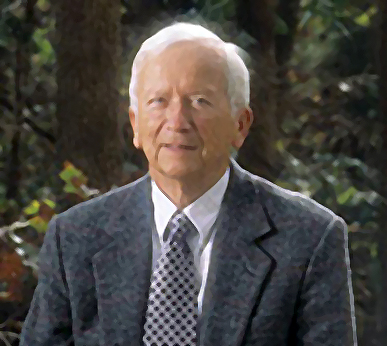 Fred Stanback, Jr., is a North Carolina billionaire and a major donor to organizations that promote abortion access (such as Planned Parenthood South Atlantic), left-leaning environmental policies (such as Sierra Club Foundation), population control (such as Population Connection, formerly known as Zero Population Growth), immigration restrictionism (such as NumbersUSA), and left-leaning political and policy goals (such as Democracy North Carolina). [1] An April 2018 Knoxville News report described him as a “known proponent of anti-humanist environmentalism [. . .] the belief that protecting the environment hinges on population control.” [2]

Stanback’s giving is reportedly made through the Foundation for the Carolinas (FFTC), a provider of donor-advised funds. [3] The Los Angeles Times reported a single $397 million donation from Stanback to FFTC that took place in 2014. [4] Other information reveals Stanback’s total giving through FFTC could exceed $500 million and may approach $1 billion. FFTC has given a total of at least $782 million to 49 different organizations that fit Stanback’s policy agenda and where Stanback has also been personally identified as a significant contributor. Representative examples of large recipients of Stanback’s policy giving include the Southern Environmental Law Center, the Environmental Defense Fund, the Union of Concerned Scientists, the Center for Biological Diversity, the Center for Reproductive Rights, Duke University’s Nicholas School of the Environment, the League of Conservation Voters, the Federation for American Immigration Reform, Progressives for Immigration Reform, the Population Media Center, Population Action International and the Natural Resources Defense Council. [5]

In early 2013, an alternative newsweekly reported on the inclusion of anti-immigration organizations in Duke University’s Nicholas School of the Environment internship program, and Stanback’s personal role in implementing the policy. Noting that the Duke program was then promoting itself as “one of the world’s premier schools for the study of environmental science and policy,” the report revealed that few of the anti-immigration organizations featured environmental policy as a goal. In response to the report, and with Stanback’s support, the immigration policy groups were removed from the Duke internship program. Stanback, however, stated he agreed with the original internship policy: “Because the majority of population growth in the U.S. is coming from immigration (mostly illegal) and few other environmental organizations are addressing this issue, I think students of the environment need to know about this.” [6]

Fred Stanback, Jr., is an heir to the Stanback’s Headache Powders fortune, an aspirin remedy business created by his father, Fred Stanback, Sr., and his uncle, “Dr. Tom” Stanback. After company leadership passed to the second generation, Fred Stanback, Jr., and his cousin, Bill Stanback (son of Dr. Tom), ran it together until 1986, when Bill bought out Fred and the other family members. [7] [8]

Stanback, Jr. was the Harvard roommate of financial guru (and population control supporter) Warren Buffett;[9] Stanback joined the “second wave” of investors in Buffett’s Berkshire Hathaway investment firm, putting $125,000 in the company. [10] Stanback was the best man at Buffett’s wedding. [11]

An April 2018, a Knoxville News report described Stanback as a “known proponent of anti-humanist environmentalism [. . .] the belief that protecting the environment hinges on population control.” [13]

Stanback is a documented major donor to dozens of organizations that promote abortion access (such as Planned Parenthood South Atlantic), left-leaning environmental policies (such as Sierra Club Foundation), population control (such as Population Connection – the organization formerly known as “Zero Population Growth”), immigration restrictionism (such as NumbersUSA), and general left-leaning political/policy goals (such as Democracy North Carolina). [14] Stanback reportedly funded North Carolina programs to provide the abortion pill RU-486 during the 1990s. [15]

In 2017, the president of NumbersUSA, an organization calling for lower levels of immigration, said Stanback had  “been very supportive” of NumbersUSA “because he sees there’s no way to create sustainability in this country if we keep adding 2.5 or 3 million people a year.” [16]

“Numbers of people affect the environment,” said Stanback in 2013. “They want all the nice things that the rest of us have, but America can’t take all the poor people in the world.” [17]

According to a 2017 report from the Energy and Environment Legal Institute, controversial immigration and population growth restriction advocate John Tanton met with Stanback in late 1995 and wrote up a contemporaneous memorandum describing the encounter. Tanton is a former president of Zero Population Growth and the founder of Federation for American Immigration Reform, NumbersUSA, and the Center for Immigration Studies. Tanton, a former local chapter president of both the Sierra Club and Planned Parenthood, shares many of Stanback’s policy objectives. [18] [19]

The memo attributed to Tanton revealed that Stanback engaged in a number of controversial practices and held a number of radical views. [20] Stanback (through a $5,000 donation) reportedly assisted in the purchase and distribution of The Camp of the Saints, a controversial French novel that portrays mass migration from the developing world overwhelming and destroying the industrial West. The Tanton memo suggested asking Stanback to fund distribution of the book to colleges as a “textbook.”

Stanback reportedly attributed the pro-immigration opinions being published by the center-right editorial page of the Wall Street Journal to the influence of Catholics working for and running the opinion page. [21] Tanton recorded Stanback as saying that “he [Stanback] must spend his time on environmental matters rather than population matters, which are his primary interest, simply because the environmental matters are the ones that are in tune with the general public.” [22]

Foundation for the Carolinas

Stanback’s major philanthropic giving is reportedly made through the Foundation for the Carolinas (FFTC), a donor-advised fund provider that manages funds for 2,700 separate charitable individuals, families and organizations. [23] Because FFTC is not required to disclose the information, Stanback’s total financial commitment to his FFTC account is not known; the Los Angeles Times reported a single $397 million donation from Stanback to FFTC that took place in 2014. [24]

Other information reveals Stanback’s total giving through FFTC could be well above $500 million and perhaps close to $1 billion. The charitable foundation recordkeeping service FoundationSearch shows FFTC has given a total of $782 million to 49 different organizations that fit Stanback’s policy agenda of left-leaning environmentalism, abortion, population control, immigration restrictionism, and left-leaning public policy and politics. In each of these instance,s Stanback has been independently identified (through media references and/or annual reports) as a significant contributor to the same 49 organizations. The total amount of $782 million is 37 percent of all donations FoundationSearch reports from all FFTC donor accounts to all charitable recipients, during the grant years 1999 through 2017. [25]

For example, FoundationSource records show the Southern Environmental Law Center (SELC) as the largest single recipient of FFTC donations during the 1999-2017 grant years. The $175 million given to SELC during the period exceeds the $153.7 million that all 2700 FFTC account holders gave to churches, other houses of worship, and charities within the “religion” category. [26] Stanback, his wife Alice, and his son Brad are three of the eleven members of the SELC “President’s Council”[27] and the Knoxville News reports Stanback has given at least $50 million to the SELC. [28]

There are other organizations conforming to Stanback’s ideological agenda that have received large donations that cannot be independently sourced to Stanback (i.e.: the donations that may still ultimately be from Stanback, but for which there is no certain verification). One potential example is the radical-left environmentalist activist group 350.org, which received $6 million from FFTC during grant years 2016 and 2017. [29]

In all, 39 percent of FFTC’s total donations reported by FoundationSearch from 1999-2017 ($825 million out of $2.1 billion) were given to organizations favoring Stanback’s policy agenda. [30]

In addition to his policy donations, Stanback is also identified as a donor to 18 conservation organizations that primarily advocate for the acquisition, preservation, and maintenance of nature and wildlife habitat. The FFTC has given a combined total of $166 million to these conservation organizations—some and potentially most of it funded by Stanback. Examples include the Conservation Fund, The Nature Conservancy, and the National Audubon Society. [31]

Stanback’s giving history has been a source of controversy for FFTC. The editors of the Atlanta Daily World, an African-American community newspaper, criticized FFTC’s donations to anti-immigration and population-control organizations favored by Stanback. In response, a spokesperson for the FFTC stated the foundation was “politically neutral” and does not “pass judgment or take a political stance on our donors’ grantmaking.” [32]

Stanback has been credited as a significant donor in media accounts, annual reports, and publicly available documents regarding dozens of promoters of left-leaning environmentalism, abortion, population control, immigration restrictionism, and left-leaning public policy/politics. [33]

Similarly, the following groups have each received donations in excess of $100,000 from Stanback: Clean Air Carolina, Wilderness Society, the Environmental Defense Fund, the Environmental Working Group, the Union of Concerned Scientists, the Center for Biological Diversity, the Waterkeeper Alliance, the Defenders of Wildlife, and the Center for Reproductive Rights. [35]

He collaborated with the Dogwood Alliance to block an energy pipeline, and has been a major donor to Duke University’s Nicholas School of the Environment. He was the sponsor of an internship program at Nicholas and was on its board as recently as 2012. [36]

Without noting specific figures, the League of Conservation Voters has referred to Stanback as one of its “strongest supporters,” the Center for Public Integrity and the Environment North Carolina Research and Policy Center both note him as a major funder, the Guttmacher Institute and Appalachian Voices both credit him at their highest donor level, the Nuclear Information and Resource Service calls him a “substantial” supporter, the North Carolina Sustainable Energy Association identifies him as a major funder, the South Carolina Environmental Law Project ranks him as a top contributor, and Earth Justice lists him as part of its “Earthjustice Council.” [37]

He has been reported as a regular donor to the Natural Resources Defense Council, which has received $80.6 million through Foundation for the Carolinas, nearly 4 percent of FFTC’s total giving from all donor accounts during the 1999-2017 grant years. [38]

In 1995, Stanback established an internship program named after him at the Nicholas School of the Environment at Duke University. From then through early 2013, Stanback selected the organizations that were eligible to receive interns from the program, and then paid each intern a $5,000 stipend to work with the organizations. The organizations selected were frequently the same left-learning environmental groups that had also been recipients of Stanback’s donations, such as the Southern Environmental Law Center. [41]

In early 2013, IndyWeek, a North Carolina alternative newsweekly, reported on the inclusion of the anti-immigration organizations in the Nicholas School environmental internship program, and Stanback’s personal role in selecting them. Noting that the Duke program was then promoting itself as “one of the world’s premier schools for the study of environmental science and policy,” the report revealed that (with the possible exception of Progressives for Immigration Reform, which received 5 of the 41 interns) “none of the groups lists the environment as a primary focus” and that their “annual reports contain little information about the environment at all.” [43]

As a result of the report, the university removed the anti-immigration groups from the internship program and pledged to exercise more direct control over which groups could participate in the program going forward. Stanback agreed with the change but defended his original policy, telling IndyWeek: “Because the majority of population growth in the U.S. is coming from immigration (mostly illegal) and few other environmental organizations are addressing this issue, I think students of the environment need to know about this.” [44]