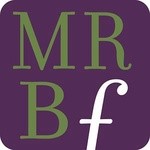 The Foundation was originally created to fund organizations with the goal of relieving poverty and give student scholarships. In more recent years, grant recipients are considered based on adherence to left-of-center policy. [3] [4] [5]

While MRBF is largely run by members of the Reynolds family—who now have the surname Mountcastle—its board of directors includes key figures from other left-leaning organizations, such as Derrick Johnson, President and CEO of the NAACP. [6]

The foundation’s namesake, Mary Reynolds Babcock, was the second child and oldest daughter of R.J. Reynolds. At the age of 28, she inherited $30 million from her father’s estate, making her one of the wealthiest women in America. [7]

She married Charles Henry Babcock, an investment banker from Philadelphia and had four children. Together, she and Charles took on a number of philanthropic pursuits, including support for Wake Forrest University and the creation of the Z. Smith Reynolds Foundation. [8]

At its creation, MRBF focused on funding various projects including scholarship aid and building construction, especially for financial institutions. MRBF moved away from nonpartisan funding and into funding left-wing organizations after Babcock’s death in 1953. [10] During its first 20 years, 60 percent of grants went to institutions of higher education for campus construction, scholarship funds, and programs for curriculum and faculty development. [11]

Comprised of 10 employees, Mary Reynolds Babcock Foundation has committed to contributing over $63 million in revenue to 270 organizations operating in the southeastern United States. [12][13] [14] It has also given $5.8 million between 2005 and 2014 through program-related investments. [15] Many MRBF grant recipients are either explicitly left-wing or advocate for left-wing policies on state and federal levels. To further increase their reach, MRBF prides itself on cultivating large networks of like-minded organizations to increase engagement. [16]

While executives at Reynolds Tobacco were staunchly opposed to labor unions, the Mary Reynolds Babcock Foundation became a vocal supporter of Big Labor. It became involved in North Carolina poverty relief efforts, including the state-sponsored “North Carolina Fund” under Democratic Governor Terry Sanford in the 1960s, to which MRBF and other Reynolds-sponsored foundations donated at least $2.5 million. [21] The Fund was the first agency of its kind in the country and served as a model for the federal government’s Office of Economic Opportunity. [22]

By the early 1970s, most grants supported program activities and special projects. Most notable among them were grants helping to establish the Center for Early Adolescence and the left-leaning North Carolina Center for Public Policy Research. In the 1980s, national funding for childhood and early adolescent programs was peaking, so the foundation reduced support for these causes and began making more grants to environmental organizations. This focus continued until 1994, when the board undertook a year of planning to refocus its work on community activism and other left-of-center causes throughout the south. [23]

After 1994, the Mary Reynolds Babcock Foundation began to focus on issues related to alleged systemic racism. The earliest available archived version of the MRBF website, from October of 1999, cited the foundation’s concerns over the “debilitating impact of persistent poverty and racism on the human spirit and on community life in our region.” [24] Over the years, it sharpened this language to promote the notion of “structural racism.” [25]

The left-wing National Committee for Responsive Philanthropy initiated the “Philanthropy’s Promise” campaign, which MRBF signed onto in 2011. [26] MRBF pledged to contribute at least 50 percent of giving to an “underserved community” and 25 percent toward “supporting policy”, although the form of support required is left unclear. [27]

MRFB engages in what it terms “adaptive” grant-management practices. Rather than ensuring the grantee accomplishes specific goals promised in grant proposals, grants are made with priority to the issues focused on by potential recipients. [28] Mary Reynolds Babcock Foundation encourages organization shareholders to have relationships with companies that promote a left-wing stance on environmental issues, labor policy, and workplace diversity. [29]

MRFB prefers organizations which “manage [their] resource use and environmental risk” on the premise of “climate destabilization”, while grants are not given to organizations with practices deemed a “significant threat…to the environment…” including those in “the top 200 publicly traded companies by CO2 reserves, as identified by [the environmentalist group] Carbon Tracker Initiative.” [30] The Babcock Foundation is a member of the Environmental Grantmakers Association, a coalition including some of the largest left-wing foundations and grantmaking associations including the Ford Foundation, the United Nations Fund, the National Geographic Society, the MacArthur Foundation, and the Rockefeller Foundation. [31]

MRBF places staff on advisory councils for other grantmaking projects like the North Carolina Local News Lab Fund, which disperses to many organizations who lobby for left-wing issues, such as a subsidized housing, LGBT interests, expanded government use of languages other than English, and ethnic minority interests. [32][33]

Inside Philanthropy links MRBF’s “progressive grantmaking vision” as a method to directly oppose the Trump administration, citing Ford Foundation president Darren Walker. [34] MRBF denies grants to organizations which derive revenue from firearms manufacturing and sale or which have connections related to military operations. [35]

Blueprint NC is a network of groups dedicated to implementing left wing policy in North Carolina through community organizing and lobbying formed by the Z. Smith Reynolds Foundation and funded by both ZSR and Mary Reynolds Babcock Foundation. Blueprint NC engages in voter registration, receiving $805,000 in grants from MRBF between 2007 and 2016. [36] Many of Blueprint NC’s founding board members had ties with organizations that also received funding from Mary Reynolds Babcock Foundation, like NC Justice Center and Democracy NC.

One of the most prominent left-wing activist organizations in North Carolina, NC Justice Center, is a political lobby for various left-wing policy prescriptions. [37] MRBF dispersed more than $1.4 million to NC Justice Center since 2004, [38]  of which $850,000 was set apart to give directly to Blueprint NC. [39]

From 2004 to 2012, Mary Reynolds Babcock Foundation gave over $76 million dollars to left wing organizations in the southeastern United States outside North Carolina. [40] There are more than 50 organizations which receive MRBF funds, primarily through grants, and almost exclusively by organizations which advocate left-wing policy. [41]

MRBF provides support for a number of regional leftwing organizations throughout the United States, with a particular focus on the south east, including Center for Community Change, Center on Budget and Policy Priorities, and the North Carolina Justice Center.

It provides broad support for the Center For Community Change (CCC) and related organizations, including Center For Community Action and Center for Participatory Change. In 2012, MRBF donated $150,000 to CCC to support, according to its IRS form 990-PF, “program development for the Housing Trust Fund Project to advance campaigns in the South” to support greater low income housing. [42]

Since 2004, the Mary Reynolds Babcock Foundation has given the most in grant money to the North Carolina Justice Center, a member of the Economic Analysis and Research Network of progressive state-level policy groups associated with the labor union-aligned Economic Policy Institute. [43]

It has also supported a variety of organizations centered on racial issues, including the Call to Action for Racial Equity, Black Voters Matter Capacity Building Institute, Black Belt Community Foundation, and Every Black Girl. [44] MRBF’s website decries the modern status quo of race relations in the U.S. in stark terms, writing, “We’ve watched in horror as white supremacists snake through our streets spewing violence and hatred with impunity” and have witnessed “the rise of elected leaders who unapologetically express racist attitudes.” [45]

The Mary Reynolds Babcock Foundation also directly and indirectly supports immigrant rights groups, including by funding the Southeast Immigrant Rights Network and multiple Welcoming America sponsors. [46] MRBF claims that immigrant communities across the south are “living in fear” due, in part, to the fact that “[e]lected officials are openly espousing bigoted views and inciting fear of migrants and refugees.” [47] In April 2019, it joined a Supreme Court amicus brief with 29 other mostly liberal organizations to oppose the Trump Administration’s effort to add a citizenship question to the 2020 census. [48]

The MRBF has been a supporter of sentencing and criminal justice reform, providing support to the National Council on Crime and Delinquency (NCCD). [49] It provided critical support to the left-leaning Georgia Justice Project, which waged a statewide lawsuit that ultimately succeeded in the Georgia Supreme Court to expand expungement for criminal non-convictions and certain misdemeanor convictions in the state. [50]

Below is a list of 20 of the most significant beneficiaries of MRBF funding between 2004 and 2016, as compiled by the right-leaning Civitas Institute. [51]

Reynolds family liberal activism dates back to R.J. Reynolds Jr., who was a major supporter of President Franklin Roosevelt. Reynolds Jr. provided private funding for President Roosevelt’s “Fireside Chat” radio programs. He also served as Mayor of Winston Salem and the finance chair of the Democratic National Committee. Charles Babcock was similarly passionate about Democratic and progressive politics throughout his lifetime, including on the board of the Mary Reynolds Babcock Foundation. [53]

Mary Reynolds Babcock’s daughter Mary Mountcastle is the current president for MRBF and has served on the board of trustees for ZSR for many years. [54] Mountcastle also works for organizations that are members of the left-wing Blueprint NC. Mountcastle is president for the Center for Responsible Lending and president of the Center for Community Self-Help. [55] Mountcastle also worked as Vice President for economic Development for MDC Inc., which was founded with funds from ZSR and MRBF. [56] Mountcastle was also on the board for the Tides Foundation, which was founded to create left wing lobby organizations. The Tides Foundation was co-founded in 1976 by Nancy Jane Lehman, whose grandfather was R.J. Reynolds, and cousin to Mary Reynolds Babcock. Mountcastle currently serves on the board of left-wing policy group in New York, Demos, as well. [57]

Mary Mountcastle’s daughter, Laura Mountcastle, currently serves as president of MRBF and her son, Ken Mountcastle, serves as treasurer. The foundation also lists three other members of the Mountcastle family as board members: Kara, Holt, and Katie Mountcastle, with the latter serving as director emeritus. [58]

The Ford Foundation gave Mary Reynolds Babcock Foundation $1,600,000 in 2016, earmarked for the Uplift America fund, which focuses on using federal funds funneled through the U.S. Department of Agriculture to loan money that is then “re-loaned” for investment in rural infrastructure. [59] [60]

Styled as a non-partisan organization, Democracy NC lobbies against measures to ensure legal voting processes. This includes a history of condemning voters filing complaints against various modes of voter fraud, and a call for a criminal investigation into former Governor Pat McCrory’s (R) 2016campaign. [62] Mary Reynolds Babcock Foundation granted $205,000 over a two-year period. [63]

Center for Community Self Help

Once an organization to help poor people borrow from mortgage lenders, the Center for Community Self Help is a left-wing advocacy nonprofit with ties to the Sandler banking family, best known for selling some of the first option-adjustable-rate-mortgages, a financial innovation which some critics argue contributed to the 2008 housing and financial crisis. [64] MRBF made a $100,000 grant in 2009. [65]

Receiving $590,000 in funds since 2004, the Center for Community Change is a left wing group focused on lobbying for progressive policies including advocating illegal immigration, $15 minimum wage, and progressive housing policies lobbied for by its 501(c)(4) affiliate.

Founded in 2009, Grantmakers for Southern Progress was given a $100,000 grant in 2017 and facilitates investments through a network of at least 82 national and regional left-wing advocacy and policy organizations in the American South, especially related to left-wing issues related to race and gender. [66]