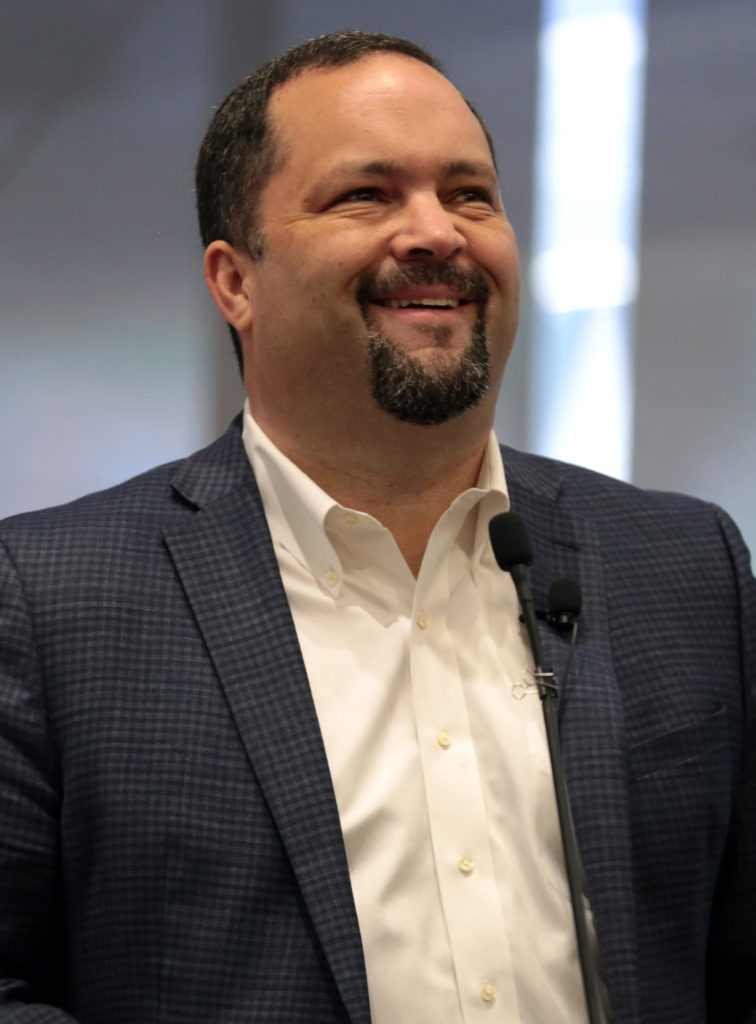 From 1999 to 2002, Jealous was executive director of the National Newspaper Publishers Association. In July 2002 he left to direct Amnesty International’s U.S. Human Rights Program until June 2005, when he departed to become president of the left-of-center Rosenberg Foundation in San Francisco, California. [4]

In 2008, Jealous was hired to lead the NAACP at age 35 as the organization’s youngest-ever president and CEO. [5] Over the five years he led the organization it reportedly grew its base of online activists and donors. The organization focused on left-wing social-policy issues, including opposing state voter ID laws and New York City’s stop-and-frisk policing policy while supporting same-sex marriage and passage of President Barack Obama‘s Patient Protection and Affordable Care Act (Obamacare). The NAACP also registered some 374,000 voters and mobilized 1.2 million new voters to the polls. [6]

In 2013 Jealous left the NAACP to become a partner at Kapor Capital, an Oakland, California-based capital investment firm that invests in companies led by women, transgender people, or “an underrepresented person of color.”[7] Kapor Capital was founded in 1999 by Mitchell Kapor, a tech entrepreneur, creator of the open source web browser Firefox, and major Democratic Party donor. [8] Jealous stayed with the firm until 2019.

From 2016 to 2018 he taught “social entrepreneurship” as a Princeton University visiting professor. He became a visiting scholar teaching “social innovation and leadership” for the University of Pennsylvania’s Annenberg School for Communication in January 2020. [9]

People for the American Way (PFAW)

Jealous announced his candidacy for the 2018 Maryland Governor’s race on May 31, 2017, seeking to unseat incumbent Gov. Larry Hogan (R), who was seeking reelection. [11] Jealous won the Democratic Party primary against 7 opponents, garnering 40.9 percent of the primary vote (231,895 votes). Hogan was unopposed in the Republican Party primary. [12]

Ultimately Jealous lost to Hogan by 273,005 votes, a margin of 11.9 percent. [19] The day after the race, the left-of-center website The Intercept blamed his loss on poor fundraising, noting that his platform was “one of the most left-wing policy platforms in the country” yet claiming most Marylanders agreed on his major points. [20]

In 2016, Jealous endorsed socialist Sen. Bernie Sanders (I-VT) in the Democratic Primary in his campaign against Hillary Clinton. [21]

Jealous has been outspoken about the influence of money in politics, calling it the biggest challenge facing the United States and voicing support for an amendment to overturn the Supreme Court’s 2010 Citizens United v. FEC decision. [24][25] Jealous is an avid proponent of Congressional Democrats’ elections bill, known as H.R. 1, which Jealous said “will help end voter suppression, get big money out of politics, crackdown on corruption, and stop the cycle of disenfranchisement and disempowerment of the people that has gone on for far too long.” [26]