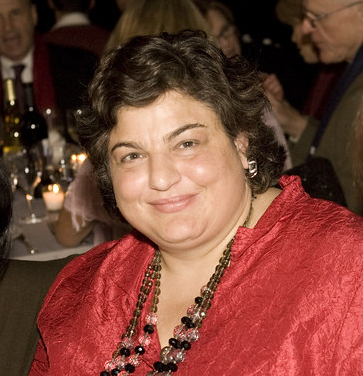 Andrea Soros Colombel is the daughter of financier and liberal political donor George Soros. She sits on the global board of her father’s Open Society Foundations[1] and the board of the foundation-affiliated lobbying group Open Society Policy Center, which the Center for Responsive Politics identified as the second highest-spending federal lobbying group in 2019. [2]

Soros Colombel, like her father and brothers Jonathan and Alexander, has long been a contributor to liberal political candidates and groups. In the 2016 election cycle, Soros Colombel gave $1.25 million to Planned Parenthood Votes, a political advocacy group that supports pro-abortion candidates and seeks to activate pro-abortion voters. [3] She gave another $1.5 million to Planned Parenthood Votes in the 2018 cycle. [4]

Along with her brother Jonathan Soros, Andrea Soros Colombel gave a combined $31,000 to support the unsuccessful campaign of Stacey Abrams (D), former Georgia House minority leader, in her effort win the Georgia governor’s mansion in 2018. [5] In 2017, she gave a $1,500 donation to Andrew White (D), who ran for the Democratic nomination for Governor to oppose incumbent Texas Gov. Greg Abbott (R), who later won re-election. [6] She was also a top donor to then-Public Advocate Bill de Blasio (D) in 2013 as he sought to become New York City’s mayor. [7]

In 2013, Soros Colombel gave $100,000 to Friends of Democracy, a political action committee also supported by her brother Jonathan, to fund Democratic efforts to win control of the U.S. House of Representatives. [8] She also made a $2,500 donation to MoveOn Political Action, which supports liberal political candidates, in 2015. [9]

Her husband Eric Colombel has also given more than $300,000 in individual contributions to Democratic candidates and liberal organizations since 1999. [10]

In the late 1980s, Soros Colombel travelled to Asia after graduating from university, and spent time as a volunteer teacher in the northwestern Chinese province of Qinghai, which is adjacent to Tibet. The trip sparked a lifelong interest in Tibetan culture and the Buddhist religion. [11]

In 1993, Soros Colombel founded the Trace Foundation, which made grants related to the preservation and development of the Tibetan culture, economy, and environment. Its first activity was making emergency grants to groups providing aid after a series of devastating snowstorms in Tibet. Among the largest activities of the foundation was providing scholarships for overseas study for Tibetans interested in teaching at the secondary and university levels. [12] The foundation also provided substantial support for Latse, a library and non-profit organization in New York City that curates a library of Tibetan cultural works and puts on public programming relating to Tibetan culture. [13] In 2018, Soros Colombel announced that the Trace Foundation was winding down its activities and would close, noting that political changes in China had made it “more and more challenging to realize our original mission and be directly involved with communities in Tibet.” [14]

Personal and Other Activities

Soros Colombel is married to Eric Colombel, who was an executive at the Trace Foundation. [16]

Soros Colombel was a co-founder and early funder of the Acumen Fund, a non-profit “impact investment fund” that makes equity investments in early-stage companies that provide products or services to the poor in the developing world. [17] She is also a member of the MBA in Sustainability program advisory board at Bard College. [18]

Soros Colombel holds a bachelor’s degree from the University of Chicago. [19]