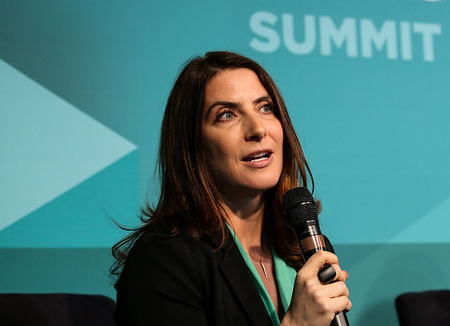 Rachel Pritzker Hunter is the president and founder of the Pritzker Innovation Fund. [1] She is a member of the Pritzker political family of billionaires [2] that founded and operated Hyatt Hotels and hold deep ties to the Democratic Party as donors and officeholders. [3]

She is the daughter of Linda Pritzker, a former member of the Forbes 400 richest Americans list [4] and a major Democratic donor. [5] Pritzker Hunter has been involved with other left-of-center organizations such as the Democracy Alliance, Media Matters for America and Third Way. [6] She is also a major Democratic donor in her own right. [7]

Hunter is the president and director of the Lotus Foundation, a grantmaking organization that has supported Media Matters for America, Rockefeller Philanthropy Advisors, and Progress Now Education. [13] She is also the chair of the board of the Breakthrough Institute, [14] pro-nuclear-energy environmentalist organization co-founded by Ted Nordhaus and Michael Shellenberger in 2007. It promotes an alternate environmentalist program it calls “ecomodernism” and seeks to help the environment by making low-carbon energy cheap. [15] Hunter is also the co-chair of the energy program of Third Way, [16] a left-of-center think tank and advocacy organization. [17]

During the 2008 election, Hunter gave $1.1 million to a left-of-center 527 group called Bring Ohio Back for a series of ads criticizing then-Republican presidential candidate and U.S. Senator John McCain (R-AZ), claiming that he was confused when it came to economics. [18]

During the 2009-10 election cycle, Hunter was one of the 10 biggest individual political donors in federal elections. She was one of the only Democratic donors in the top ten. [19] She has donated to various major Democratic politicians and organizations throughout her life. One of the organizations is the Democratic National Committee, [20] the principal party organ of the Democratic Party.[21] Pritzker also donated to the presidential campaigns of former Secretary of State Hillary Clinton [22] and Sen. Barack Obama (D-IL). [23]