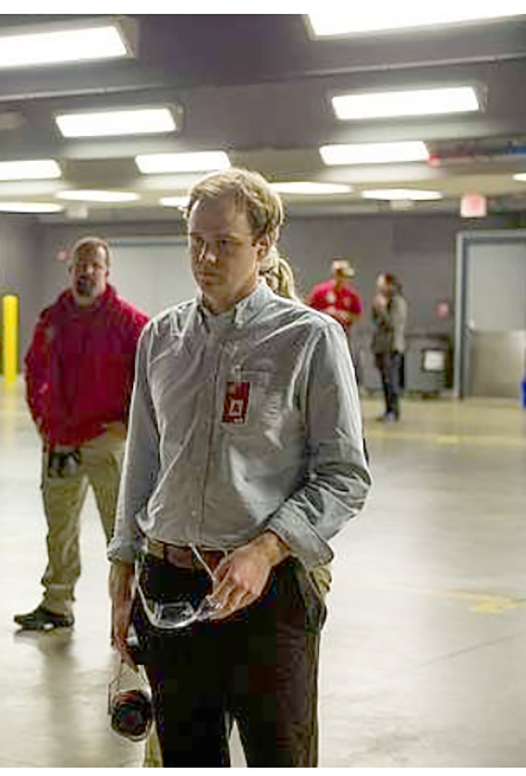 Patrick Rodenbush is a Democratic Party political operative, working as of early 2020 as communications director for the National Democratic Redistricting Committee (NDRC). Rodenbush previously served as assistant press secretary for the Obama administration, spokesman for the U.S. Department of Justice,[1] and similar public affairs and communications roles for the U.S. Department of Housing and Urban Development and the Democratic National Committee (DNC). [2] He was also a staff assistant for U.S. Senator Edward M. Kennedy (D-MA). [3]

Rodenbush graduated from College of Holy Cross in Massachusetts in 2008. He married Jennifer DeAngelis, a senior health policy adviser to Senator Sheldon Whitehouse (D-RI), on June 9, 2018 in Washington, D.C. [4]

Rodenbush is an active participate on social media, including both LinkedIn and Twitter. He has “tweeted” on Twitter denouncing the Republican Party, President Donald Trump and his administration, and supporting left-leaning ideas such as Democratic redistricting plans, gun control, aggressive climate change regulations, and increased government control of health care. [5] He accuses the Republican party of gerrymandering and not supporting ‘fair maps’ initiatives. Rodenbush has expressed credence toward claims that President Donald Trump’s 2016 Presidential campaign colluded with Russian intelligence and claims that Russia is “propping up his [President Trump] campaign again,” referring to the 2020 presidential election. [6]

The National Democratic Redistricting Committee is a Democratic Party PAC (political action committee) conceived in late 2016 and launched on January 12, 2017[7] and run by former U.S. Attorney General Eric Holder[8] to create a redistricting strategy that will shift power and give Democrats electoral advantages. [9]

Organizing for Action, former President Barack Obama’s political organization, merged in early-2019 with Holder’s group, providing the National Democratic Redistricting Committee with a list of supporters, donors, and volunteers that Obama and his team had built. [10]

The National Democratic Redistricting Committee has set its focus on 12 key states to increase its Democratic representation in Congress. Ohio is one key state and Rodenbush stated the committee plans to become involved in two races to fill two seats on the Ohio Supreme Court, but the group has yet to decide how much money to pour into the state as of January 2020 because it will depend on what happens with the 2020 presidential race. [11] Rodenbush claims that the next ten years of politics are at stake in the upcoming elections for state legislative seats across the country. [12] He has accused Republicans of handpicking their voters and that without having ‘fair maps’ people are not able to freely choose their representatives. [13]