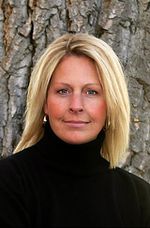 Patricia “Pat” Stryker is a billionaire heiress from Colorado. [1] In recent years Stryker has been one of the nation’s top political donors, giving more than $11 million to Democratic political candidates and liberal issue committees. [2] [3]

From 2004 through 2008, Stryker was one of four Democratic mega-donors who spent millions of dollars on Democratic campaign operations in Colorado through state political committees. [4] During the 2004 campaign cycle and those that followed, Stryker’s efforts were instrumental in helping the Colorado Democratic Party take both chambers in the state legislature[5] as well as the Colorado Governorship. [6] Stryker was a founding board member of the Colorado Democracy Alliance and was has been a member of the national Democracy Alliance since its beginning in 2005. [7] [8]

In 2010 a private environmental startup company in which Stryker’s Bohemian Companies had invested, Abound Solar, received a $400 million loan guarantee from the Obama administration funded by the 2010 “stimulus,” the American Recovery and Reinvestment Act. [9] [10] By the end of 2012 Abound had laid off 200 employees and filed for bankruptcy. [11] [12]

Pat Stryker is the granddaughter of and an heir to the fortune of Homer Stryker, founder of the medical device company Stryker Corporation. [13] Beginning in 1988, Pat and her two siblings, Jon Stryker and Rhonda Stryker, jointly controlled a huge bloc of Stryker stock for more than 30 years. [14] [15] Stryker Corporation sold $12 billion in medical equipment and software in 2017. [16]

Since 1993, Pat Stryker has sold $1.3 billion in Stryker stock and currently owns less than 5% of the company.  She is not currently involved in the company’s operations. [17]

Pat Stryker ranked 354th on the Forbes 400 list of billionaires as of December 7, 2016, with a net worth of $2.6 billion. [18] According to the Bloomberg Billionaires Index, Styker’s current net worth is $4.68 billion, a number Stryker’s spokesperson disputed. [19]

Patricia Stryker was born in Michigan and now lives in Fort Collins, Colorado. [20]

She has three children and was previously married to Tommy Short. [21] Stryker dropped out of the University of Northern Colorado. [22] In 2011 Colorado State University awarded Stryker an honorary doctorate in recognition of her philanthropic contributions, including more than $30 million in contributions to CSU. [23]

Stryker is chairman and owner of the Bohemian Companies, a $1.5 billion investment company located in Fort Collins with investments in real estate, technology, and financial services. [24] [25] Stryker has used the company to buy and redevelop many of the buildings in downtown Fort Collins. [26] Bohemian Companies has also entered into cost-sharing agreements with the City of Fort Collins to construct a private parking structure in the city. [27]

Pat Stryker’s Bohemian Companies was the primary private investor in the environmental startup company Abound Solar. Between 2008 and 2010, Bohemian invested at least $214 million in the company. [28] [29]

In 2010 President Obama announced that the U.S. Department of Energy would guarantee a $400 million loan to Abound Solar funded by the 2010 American Recovery and Reinvestment Act. [30]

Abound Solar received the federal loan in spite of a poor investment rating from the Fitch ratings company, “meaning it had a ‘junk’ bond rating” and was a “highly speculative” investment. [31]

The Daily Signal wrote that Stryker’s investment in Abound Solar “is particularly noteworthy, given her extensive ties to Democratic causes and politicians, including President Obama.” [34] Similarly, the Sunlight Foundation noted, “one of Abound Solar’s key investors [Stryker] is an Obama fund-raiser.” According to the Sunlight Foundation, Stryker donated $50,000 to Obama’s 2008 inauguration, bundled another $87,000 for that inauguration, and gave $35,800 to the Obama Victory Fund. [35]

Between October 2009 and December 2010, Pat Stryker visited the White House three times, including at least one meeting in the West Wing. [36] [37]

In 2008, Pat Stryker was labeled the 16th-largest political donor in the country, giving nearly $1 million to liberal causes and politically active 527 organizations. [38] In 2011, Stryker was the top name on Forbes’ list of the country’s top liberal political spenders, giving $2.2 million to liberal causes and President Barack Obama. [39] In 2015, she was named to Forbes list of the Most Influential Political donors. [40]

In 2015, Stryker signed on to a letter calling for the Securities and Exchange Commission to require that public companies disclose their corporate political spending in order to shed light on political stances taken by corporations. The letter, signed by Stryker, specifically targeted businesses that oppose environmentalist legislation concerning climate change. [45]

Stryker also gave $300,000 to Mayday PAC, a PAC that supports liberal federal campaign finance reforms. [46] [47] The Denver Business Journal noted the inherent contradiction in Stryker’s political contributions, noting that she gave “$750,000 to two political action committees that support Hillary Clinton’s presidential bid, in addition to a $300,000 gift to a PAC promoting campaign finance reform, a cause which may preclude her big gifts to promote presidential races in the future.” [48]

In 2004, Stryker was one of four mega-donors, along with multimillionaires Jared Polis, Tim Gill, and Rutt Bridges, who collectively spent millions of dollars in a concerted effort to flip control of the Colorado state legislature from Republican to Democratic control that year. [49] Stryker’s group, informally known as the “Gang of Four,” funneled over $3 million to Democrats at “a level never before seen in Colorado politics.” [50]

Stryker “was the group’s biggest funder” and according to authors Adam Schrager and Rob Witwer “was ready to give whatever it took to win.” [51] In the end, Stryker contributed $850,000 to the 2004 effort. [52]

According to Fred Barnes of the Weekly Standard, the group “quietly targeted a handful of Republican state legislators (particularly social conservatives opposed to same-sex marriage), polled to find out what issues might work against them, and promoted their Democratic opponents.” [53]

Together they spent $2 million, or double the amount Republican groups spent, on state races. They also spent $1 million on ads against a Colorado Republican Congressman who had sponsored federal legislation to amend the Constitution to ban same-sex marriage. [54]

Consequently, Democrats gained control of both the Colorado State Senate and House for the first time in 44 years. Many state political experts felt that Stryker’s ‘Gang of Four’ was “largely responsible” for the Democrats’ success. [55] [56]

Denver Post editorialist Vincent Carroll decried Stryker’s political strategies, writing that she “happily sends big checks to groups whose abiding purpose is to smear men and women running for office with outrageous accusations largely unrelated to reality.” [60] According to Carroll, “The single sleaziest political mailer sent to voters in both 2008 and 2010 in Colorado—and several of the sleaziest in 2006—was produced by groups financed in part by Stryker and Gill.” [61]

In 2002, Stryker contributed $3 million to the group, English Plus[62] to oppose a ballot issue proposal known as Amendment 31, which “required all public school classes (other than foreign language classes) to be taught in English.” [63] Stryker’s contribution to English Plus was at the time seen as one of the largest political contributions in Colorado’s history. [64] Amendment 31 was defeated.

In 2013, Stryker gave $1 million[65] to Colorado Commits to Kids, a group that unsuccessfully[66] pushed for a $950 million tax increase to fund a significant overhaul of the state’s school finance system. [67] [68]

Stryker has been a strong supporter of the liberal donor collective Democracy Alliance since its beginning in 2005. [69]

In 2006, Stryker was a founding board member of and a major contributor to the Colorado Democracy Alliance (CoDA). [70] From its creation, CoDA sought to replicate the successful strategies employed in 2004 by Stryker’s “Gang of Four” to support left-wing environmental, education, and abortion-related policies. [71]

According to CoDA documents made public by the Denver Post, CoDA sought to advance the group’s liberal “political and ideological agenda through a web of advocacy and nonprofit groups, many of which claim nonpartisanship and receive tax exemptions.” [72]

In 2006, the CoDA identified 37 different organizations that collectively would receive millions of dollars from Stryker and the other members of the CoDa. [73]

A 2006 confidential strategy memo identified Stryker as a CoDA board member and would be attending a highly covert password protected CoDA meeting. At said meeting Stryker and other CoDA members were to discuss how they intended to use “527s, C3’s, and campaign ops” to build a long and short-term strategy to support Democratic candidates and liberal issue positions. The memo also noted that Stryker would be hosting the 2006 CoDA election “Victory Party &’debrief.’” [74]

Stryker has given millions of dollars to an array of Democracy Alliance supported national and state-based organizations including America Votes and Michigan Coalition for Progress. [76] [77]

Pat Stryker founded the Bohemian Foundation in 2001 and currently serves as its president. [78] [79] Between 2016 and 2017, Stryker contributed over $30 million in Stryker Corporation stock to the Foundation. [80]

Stryker uses the Bohemian Foundation to make grants to a number of other local, national, and global nonprofits that support various liberal causes. [81]

In 2003, Stryker gave Colorado State University a $20 million gift through her Bohemian Foundation, with $15 million earmarked for the CSU athletics program. [82]

From 2010 through 2013 Stryker, through the Bohemian Foundation, gave $850,000 to the liberal watchdog group Citizens for Ethics and Responsibility in Washington (CREW). [83]