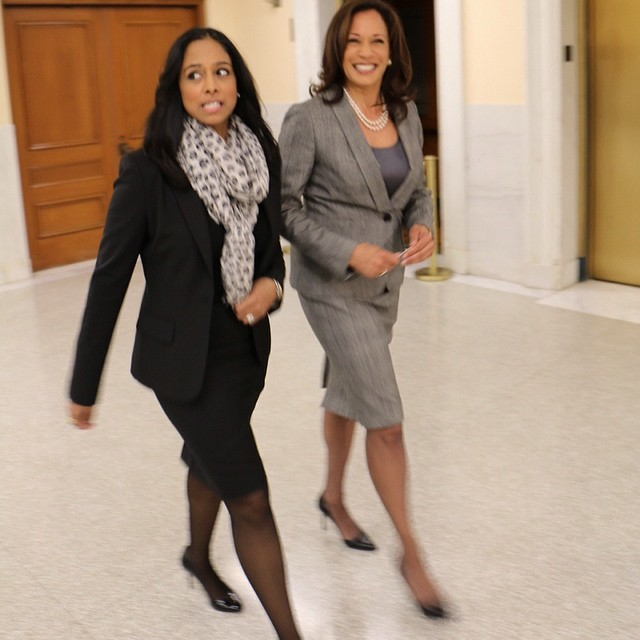 Maya Harris was born on January 30, 1967. When she was around three, her mother and father split up. Maya and her older sister Kamala were raised by their mom. As the sisters were growing up, their mother took them to civil rights demonstrations in Berkeley. At 17, Maya had her first child. [1]

In 1992, Harris graduated from Stanford Law School. She practiced corporate law and taught law school classes on the side. In 1996, she became the head of the Lincoln Law School which made her one of the youngest law school deans in American history. [2]

After her time teaching law school, Harris entered the civil rights and left-wing advocacy arena. She became a senior associate at the advocacy group PolicyLink and later was appointed executive director at the American Civil Liberties Union of Northern California. She would then become vice president for rights, democracy, and justice at the Ford Foundation. She was also a contributor for several books on liberal criminal justice policies. Maya would also work as a senior fellow at the Center for American Progress. [3]

In 2015, Maya Harris was hired as a senior policy advisor to Hillary Clinton’s 2016 presidential campaign. She was a surprise hire because she was not a part of the “Clinton machine” and in fact her first professional meeting was just a few weeks before Clinton’s Presidential announcement. [4]

While working on the campaign, she focused on issues such as immigration, incarceration, the opioid epidemic, urban investment, and abortion rights. Before joining the Clinton campaign, she worked on liberal political and advocacy campaigns in San Francisco. [5]

Maya became as Hillary Clinton’s link to the progressive movement. Reportedly due to Maya’s work, the first major speech Hillary Clinton gave as a presidential candidate was a call for criminal justice reform. [6]

After Clinton’s defeat in 2016, Maya became a paid contributor and pundit for MSNBC. [7]

In 2019, Maya Harris’s sister, U.S. Senator Kamala Harris (D-CA), announced her bid for President; Maya was appointed the campaign chairwoman. Maya would sometimes attend Harris fundraisers instead of her sister. [8]

Maya Harris was reportedly involved in every aspect of her sister’s campaign. She helped raise money, hire campaign staff, draft policies, and helped talk up the campaign to Democratic officeholders and activists in early primary states. Harris’s work helped the campaign secure some early endorsements, but it was not enough to prevent Kamala from dropping out of the race before the first ballot was cast. [9]