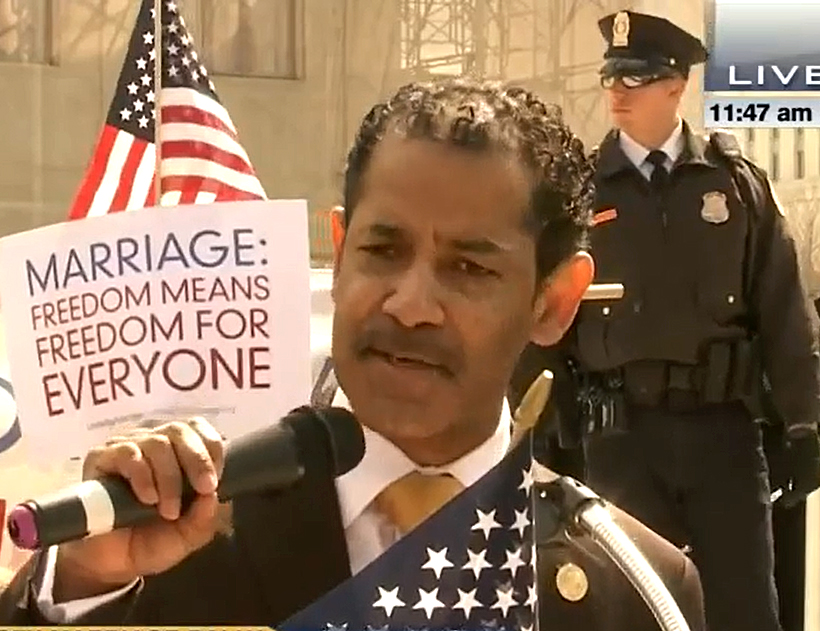 Marvin Revelle Randolph is a left-wing political consultant and activist who runs ONYX Communications, a boutique political consultancy specializing in phone and digital advocacy. [1] In addition to his numerous affiliations with left-wing causes, Randolph serves as the President and CEO of the Southern Elections Fund and Southern Engagement Foundation. [2] He is an alumnus of the 1996 presidential re-election campaign of President Bill Clinton. [3] His campaign experience in more recent years includes serving as treasurer of Maryland Together We Rise PAC, a super PAC bankrolled by unions and wealthy outside donors to support Ben Jealous (D) in his unsuccessful 2018 gubernatorial campaign. [4]

Randolph is a seasoned Democratic operative, having worked for the Democratic National Committee, Mississippi Democratic Party, New Jersey Democratic Party, Democratic Party of Virginia, and Virginia Democratic Caucus. [5] Most notably, Randolph served as the Mississippi, Alabama, and Virginia Primary Director and Maryland coordinated campaign director for President Bill Clinton’s 1996 presidential campaign. [6] He’s served as president and CEO of the Southern Elections Fund and Southern Engagement Foundation since former chairman and president of the National Association for the Advancement of Colored People (NAACP), Julian Bond and Ben Jealous revived them. [7] Randolph maintains close ties with the NAACP, having served as the group’s voter contact director and senior vice president for campaigns. Randolph also served as treasurer of Maryland Together We Rise PAC, a super PAC formed to support Jealous’s unsuccessful 2018 bid for Governor of Maryland. [8]

Maryland Together We Rise PAC

As treasurer of Maryland Together We Rise PAC, he helped inject more than $2,000,000 into Maryland’s 2018 gubernatorial election to support Democratic nominee Ben Jealous. [10] Most of that money originated from either unions or wealthy outside donors. [11] Despite her California residency, Susan Sandler, Chair of the Sandler Phillips Center and a top funder, invested a total of $700,000 in the PAC. [12] The second largest funder, the New York-based 1199SEIU, came up just shy of Sandler at $600,000. This was joined by another $350,000 from SEIU headquarters, $200,000 from 32BJ SEIU, and $100,000 from SEIU Maryland and D.C. State Council. [13]

Randolph worked alongside the PAC’s Chair, Sheila Claire O’Connell. [14] She has been affiliated with McKenna Media since 2017,[15] which received $25,375 in total compensation for working with the PAC. [16] Both O & R Consulting and Randolph received $52,500 each, but according to campaign finance reports Randolph’s firm, ONYX Communications, claimed $292,516.74 in total compensation. [17]