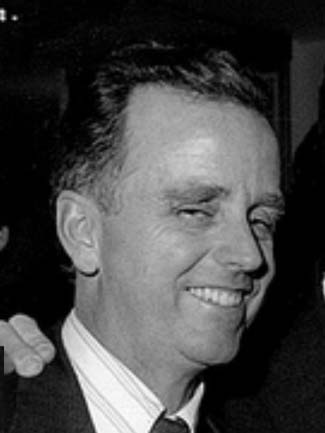 Adam Albright is a private investor that used his wealth to fund left-of-center environmentalist organizations. He founded and principally funds the environmentalist grantmaking ARIA Foundation and served on the board of directors of the Natural Resources Defense Council, Rocky Mountain Institute, and Rainforest Alliance. According to the Federal Elections Commission, between 2000 and 2012 he donated over $30,000 to left-of-center political committees and candidates. [1]

In 1993, Albright founded the ARIA Foundation to make grants to environmentalist organizations and causes. [2] He and his wife Rachel are the principal funders of the foundation, as of 2015. [3]

The ARIA Foundation was criticized for having invested in oil and gas companies such as Chevron, Halliburton, Texaco, Canadian Natural Resources, and Noble Corp Transocean Ltd. [5]

The Natural Resources Defense Council (NRDC) counted Albright as one of its most involved members for decades. Albright served on the board of directors from 1985 to 2015 and held the roles of vice chair and chair of the development, nominating, and program committees. [6] While on the board he wrote a blog opposing the use of oil sands. [7]

Albright sat on the board of directors and board of trustees of the environmentalist group Rocky Mountain Institute (RMI). [8] [9] During 2006-2007, Albright contributed over $100,000 to RMI. [10] RMI advocates for America’s Pledge, an advocacy campaign with former Mayor of New York Michael Bloomberg and former California Governor Jerry Brown (D) which encourages U.S. states and cities to pledge to reduce their carbon emissions consistent with benchmarks set forward in the Paris Climate Agreement. [11]

Albright signed onto multiple letters from Environmental Entrepreneurs (E2), a partner of the NRDC. One letter supported increasing the gas tax in Massachusetts and increasing it every year based on inflation. [12] In 2011, he signed onto a letter calling for federal government intervention in development of energy efficient technology. [13] Another letter supported the Obama administration’s Environmental Protection Agency (EPA) implementing Carbon Pollution Standards on new power plants and even advocated expanding the standards to cover existing power plants. [14]

Albright has contributed tens of thousands to Democratic candidates and left-of-center political action committees according to the Federal Elections Commission. In 2000, he gave $10,000 to the Democratic National Committee. During the 2004 election, he donated $2,000 to the Presidential campaign of former Vermont Gov. Howard Dean (D) and another $2,000 to the campaign of Democratic nominee John Kerry. He also gave $1,000 to Democracy for America, a group founded by Dean with the goal of pushing the Democratic Party to the left. [17] In 2007, Albright donated $5,000 to both the League of Conservation Voters Fund and the Democratic Senatorial Campaign Committee. [18]