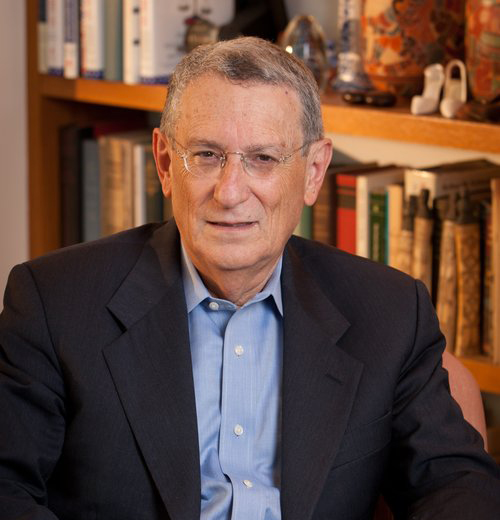 Stanley “Stan” Greenberg is a Democratic pollster and political strategist. He is a founding partner of Greenberg Quinlan Rosner Research and co-founder of Democracy Corps, both Democratic polling, political research, and consulting firms.[1] [2]

Greenberg was a pollster and political advisor to the campaigns of former President Bill Clinton and Vice President Al Gore, as well as various foreign leaders and corporate clients in the U.S. and abroad.[3]

Greenberg is married to U.S. Representative Rosa DeLauro (D-Connecticut) and has three children.[4]

Stanley Greenberg was born on May 10, 1945 in Philadelphia, Pennsylvania. Greenberg grew up in downtown Washington, D.C. and lived with his grandparents for several years during his childhood. Greenberg attended Montgomery Blair High School in the D.C. suburb of Silver Spring, Maryland.[5]

Greenberg became politically active during high school. During the months before college, Greenberg worked at the NAACP office in Washington. During college, he joined the Young Democrats. In 1964, Greenberg worked for the Democratic National Committee. That same year, Greenberg wrote a position paper in support of the Vietnam War, but changed his position a year later.[6]

Greenberg held a number of political jobs on the Democratic side from 1964 until he made his name with a series of voter studies conducted after the Republican victories in the 1984 election. The “Macomb County Studies” were a series of surveys Greenberg conducted with funding from the United Auto Workers labor union to assist Democrats in winning back middle-and-working-class voters who had defected to support President Ronald Reagan. After the Macomb work, Greenberg became close to then-Arkansas Gov. Bill Clinton (D) and the Democratic Leadership Council. Greenberg would later become pollster for Clinton’s ultimately successful Presidential campaign in 1992.[7]

In 2000, Greenberg’s firm became a “prime architect” behind a BP (formerly British Petroleum) rebranding effort, creating the slogan “Beyond Petroleum.”[8] BP put forth over $200 million in its rebranding efforts.[9] In the years following, BP financially contributed to many environmentalist causes and Democratic campaigns. BP employees reportedly donated about twice as much to Barack Obama’s 2008 campaign compared to that of John McCain.[10] At the time, President Obama was also the company’s largest PAC money recipient in 20 years.[11]

Many environmentalist and other left-wing groups and activists criticized BP’s rebranding efforts and subsequent contributions to environmentalist campaigns as “greenwashing” — covering for polluting practices by mouthing environmentalist platitudes.[12] The far-left group Center for Media and Democracy reported in as early as 2002 that BP was attempting to change its image by partnering with environmentalist groups, including a co-branding effort with the National Wildlife Federation.[13]

In 2010, it was discovered that then-White House Chief of Staff Rahm Emanuel had lived rent-free in Greenberg’s Washington, D.C. condominium for five years while Emanuel was serving in the U.S. House of Representatives.[14] [15] Greenberg co-owned the property with his wife, Rep. Rosa DeLauro (D-Connecticut).[16] During his time in Congress, Emanuel was not required to report this rent-free residence as a gift, as the rules of the House of Representatives allow for members to make such gifts to one another without public disclosure, a concept known as “hospitality between colleagues.”[17]

The relationship between Greenberg and Emanuel predated the controversy by many years. Greenberg and Emanuel both worked on Bill Clinton’s 1992 presidential campaign and subsequently in the Clinton White House.[18] Greenberg worked as a pollster for Emanuel’s congressional campaign, as well as for the Democratic Congressional Campaign Committee (DCCC), of which Emanuel was Chairman from 2005 to 2006.[19] [20] In 2006, the DCCC paid Greenberg’s firm approximately $240,000 for services.[21]

The relationship between Greenberg and Emanuel, however, dates back many years. Greenberg and Emanuel both worked on Bill Clinton’s 1992 presidential campaign and subsequently in the Clinton White House.[22] Greenberg worked as a pollster for Emanuel’s congressional campaign, as well as for the Democratic Congressional Campaign Committee (DCCC), of which Emanuel was Chairman from 2005 to 2006.[23] [24] In 2006, the DCCC paid Greenberg’s firm approximately $240,000 for services.[25]

Greenberg is a founding partner of Greenberg Quinlan Rosner Research (GQRR) and co-founder of Democracy Corps. Both of these firms focus on polling, research, and consulting and are widely connected with progressive candidates and causes.[26] While GQRR is a for-profit company, Democracy Corps is registered as a 501(c)(4), or “social welfare” advocacy organization.[27] [28]

Greenberg has written over eight books, including: