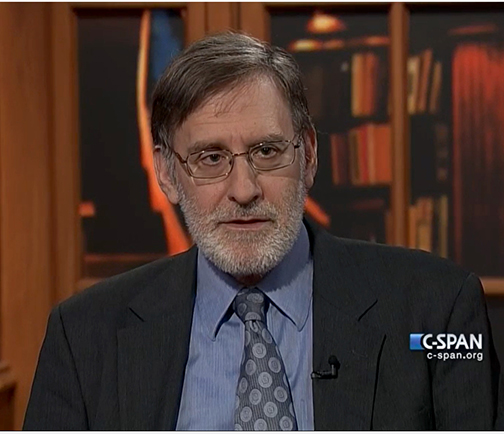 Michael Podhorzer is the assistant to the president for strategic research for the American Federation of Labor-Congress of Industrial Organizations (AFL-CIO), the largest federation of labor unions in the United States. [1]  Podhorzer was political director for the AFL-CIO from 1997[2] through 2019. [3] The AFL-CIO’s political committees are substantial supporters of Democratic Party candidates,[4] and the AFL-CIO itself is a substantial funder of liberal political and advocacy infrastructure. [5]

Podhorzer has been a board member for several left-leaning organizations, including America Votes,[6] Committee on States, Progressive Majority PAC, and the Latino Engagement Fund. [7] He is also on the advisory committee of Our Story Hub, a project of the Proteus Fund which advises left-of-center politicians and groups on communication strategies. [8]

Podhorzer co-chairs Catalist,[9] a firm that provides data, software, and analytics for left-progressive clients. [10] [11] Podhorzer is also is on the advisory board of Higher Ground Labs, which supports startups that sell technology to left-progressive campaigns and causes. [12]

Podhorzer is credited with developing a “swing voter project” in 2004 to assist Democratic Party nominee John Kerry’s presidential campaign. [13]  In 2007, Podhorzer helped found and chaired the Analyst Institute to bring academic, data-focused professionals together to advance left-progressive campaigns and messaging. [14] [15]

In the fall of 2019, Podhorzer, nervous about the possibility that President Donald Trump could be re-elected, began working with left-wing interest groups to make voting in the 2020 presidential election easier. Time Magazine reported in February 2021 that Podhorzer began working with groups, including Planned Parenthood, Greenpeace, and MoveOn to pursue political and legal strategies that would tilt the election towards Democrats. Podhorzer was described by Time as the “architect” of these efforts. [16]

Catalist, a data provider co-chaired by Podhorzer, was sued by competing firm TargetSmart in 2018 over alleged theft of trade secrets. TargetSmart alleges Catalist used a third-party to represent a potential merger/buyout opportunity for TargetSmart that was actually a strategy to obtain TargetSmart’s confidential data under false pretenses. [17] The lawsuit is still pending as of September 2019. [18]

A conservative nonprofit filed a complaint with the Federal Election Commission (FEC) in 2015 accusing Catalist of violating campaign law by providing unreported contributions to election campaigns. [19] The FEC found insufficient evidence of a violation. [20]

Podhorzer faced criticism from left-leaning media when he chose to attend a retreat for wealthy Democratic Party donors at a luxury resort on January 21, 2017 rather than participating in the left-activist Women’s March held in Washington, D.C. and other locations that same weekend. [21]

In 1994, prior to being employed by the AFL-CIO, Podhorzer was campaign director for Citizen Action, a left-progressive activist group. Podhorzer was a prominent critic of large campaign contributions to elected officials.

Podhorzer stated that, “it ought to be a crime” for members of Congress to accept special interest money and then to vote on issues that could affect those same donors. [22] Podhorzer accused the health care industry of being “special interests” that are “buying special favors that will surely undermine the vital health care needs of most Americans,” he said campaign contributions “create a direct conflict of interest when members of Congress vote on health care.” [23]

By 1997, Podhorzer was working for the AFL-CIO, whose political committees and employees donated more than $57 million to political campaigns since 1990 – the 15th highest spending of any group, according to the Center for Responsive Politics. [24]

Michael Podhorzer was married to attorney Carol Browner, whom he met when both worked for left-activist group Citizen Action in the 1980s. Browner later worked for former U.S. Senator Al Gore (D-TN) as legislative director. [25] Browner was appointed to head the Environmental Protection Agency by President Bill Clinton (D) in 1993. [26] In 2008, Browner was appointed Director of the White House Office of Energy and Climate Change Policy by President Barack Obama (D). [27] Podhorzer and Browner are now divorced. [28]