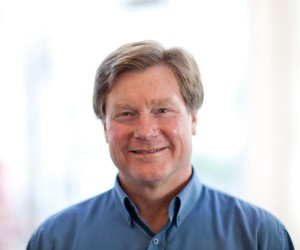 Michael Kieschnick is the president and CEO of CREDO Mobile, a cellular service company than channels one percent of its revenues into left-of-center causes. Kieschnick has been involved with numerous left-wing groups, including the Real Justice PAC, the League of Women Voters, and NextGen Climate.

Kieschnick has been reported to be a member of the Democracy Alliance, a major donor clearinghouse for Democratic and left-wing organizations. [1]

Michael Kieschnick was born in Dallas, Texas in 1953. He grew up in a “liberal middle-class family in a right-wing town” where racial segregation was enforced until his sixth grade. Kieschnick’s parents started an anti-war, pro-integration church. [2]

Kieschnick first became involved in environmental activism in second grade when he tried to sabotage construction efforts on a road that was slated to run through a local wilderness. [3]

After graduating from Stanford University with a degree in biology in 1976, Kieschnick earned a doctorate in public policy analysis from Harvard University’s Kennedy School of Government in 1982. [4]

In 1983, Kieschnick co-founded Dimensional Corporate Finance, a financial tech startup that evaluated corporate loans. Kieschnick worked as the company’s vice president of marketing. He left the company in 1988. [6]

In 1987, Kieschnick co-founded the Sandy County Venture Fund, an “impact investing fun,” and served as the company’s president. [7]

CREDO Mobile was founded with an explicit mandate to produce “progressive social change.” The company channels 1 percent of its revenue to its advocacy, [9] and as of 2022, has donated more than $93 million to left-wing PACs, super PACs, and advocacy groups, and has rallied its customers to “become activists, through letters, calls, petitions and protests.” [10] Nonprofit recipients have included 350.org, the Center for Biological Diversity, the Rainforest Action Network, Vote Solar, the Sierra Club Foundation, [11] the American Civil Liberties Union, the Electronic Frontier Foundation, [12] Greenpeace, and Planned Parenthood. [13]

CREDO Mobile has numerous subsidiary non-profit groups for its activism. In 1985, Kieschnick and Scher co-founded CREDO Action (also known as CREDO Victory Fund), a nonprofit financed by CREDO Mobile that donates to left-wing grassroots activist groups throughout the United States. [14]

In 2005, Michael Kieschnick founded the Beatitudes Society, a group that identifies and supports left-progressive faith leaders. He left the group in 2015. [17]

Also in 2018, Kieschnick co-founded the Green Advocacy Project, a super PAC which supports local and state efforts to encourage weather-dependent energy. Kieschnick continues to run the group to this day. [20]

Kieschnick was a staunch opponent of the Keystone XL pipeline. In 2011, Kieschnick encouraged CREDO Mobile to spend $5 million on advocacy efforts. He was arrested in front of the White House during a protest against the project. [25] [26] [27]

Kieschnick has been critical of the U.S. government’s spying programs on American citizens. In 2013, he said, “As the CEO of a mobile phone company, I’m deeply disturbed by the Obama administration’s growing record of executive power grabs at the expense of constitutionally guaranteed civil liberties.” [29]

Kieschnick’s favorite historian is Howard Zinn, the far-left author of “A People’s History of the United States.” [30]

In a 2007 interview, Kieschnick said the worst moment in his professional life was when the U.S. Supreme Court allowed then-Texas Gov. George W. Bush (R) to “steal” the 2000 presidential election. Kieschnick said the cost of the Bush presidency was “unbearably catastrophic.” [31]

Michael Kieschnick has personally donated $1.2 million to Democratic politicians and PACs since 1980. [32] In 2012, Silicon Valley Business Journal identified him as Silicon Valley’s tenth largest Democratic donor, having given $210,250. [33]